Abundance, Prosperity, and ﻿Our Take On Life

Before I went to seminary, I was asked to speak at several Unity churches in Northern and Central Virginia. It was a great experience, and I enjoyed doing it.

Since they were different audiences, I was able to reuse and repackage various stories and jokes. I had read about Groucho Marx’s days in vaudeville. He would tell a joke one way in a town, and then he would reuse the joke with a slightly different twist in the next city. Then he would compare and contrast the different audience reactions. From this method of testing and adjusting, the Marx Brothers would take a good skit or routine and make it great.

But then I graduated from seminary, was licensed and ordained, and became the minister at Unity Center of Tulsa. I soon discovered a new fly in the ointment, as it were. Unlike my pre-seminary days, the congregation in the sanctuary in Tulsa remained roughly the same week-after-week. There was no way I could repackage and reuse material, and this sent me into a major panic. 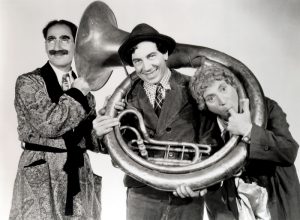 I prayed, “God, if it keeps on going like this, then I am soon going to run out of material. I will have no more new stories to tell. They will have heard them all. But things have to be kept fresh and new every week. What should I do?”

I really felt panic and petrification. I felt I would be going to the cupboard, and it really would be empty. It would like a baseball pitcher who needs to strike out somebody in the later innings of a close game, but he knows his fire and magic are gone. Some of his key pitches are not working too well this day – they are off by inches. Nothing seems to be breaking his way.

But then I had a strange experience. I don’t get these feelings every day, and I do not hear an audible voice. Yet something deep down inside of me that was way beyond my ego said, “I promise you that as long as you remain in good spiritual condition, you will never run out of material!” 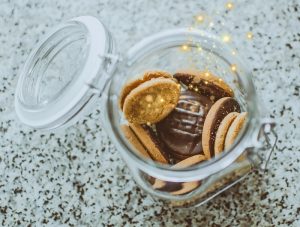 I was flabbergasted, to say the least. Call this “knowing” God, Spirit, Higher Power, Higher Self, Divine Mind, Wisdom, the Beyond that is Within, or a Force or Flow, it was a powerful experience. The fear of running out of material left me.

I felt I did not need to hold back on stories or insights for fear of running out. The conviction came that the cupboard would not be empty. The proverbial cookie jar would have goodies. The stream would not become dry. Of course, there were things I had to do to remain in a fit spiritual condition. But if I kept up my side of the bargain, Spirit would not fail to deliver. That was a tremendous change in my consciousness.

This has so far proven to be the case. I do not live in fear of running out of material. More ideas seem to flow into my mind, and the question then becomes which of several possible roads I should walk down. That New Thought line is so true: “Change your thinking, and you change your life.” 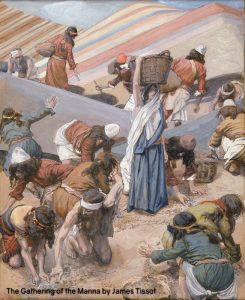 I now seem to have this faith that things will be delivered on time in the area of material to use for Sunday messages, blogs/columns, classes, etc. Good ideas will freely flow. I don’t hold back out of concern that there will not be enough good ideas delivered tomorrow. I do sense a real Divine flow, prosperity, and abundance.

It is like Moses and the Israelites in the wilderness. They were promised that God would provide them with “manna” to eat every day except on the Sabbath. But they were promised that they would get a “double portion of manna” on the day before the Sabbath. Think about it for a second: If you are a minister, some of the key things you have to produce are messages/sermons, blogs, columns, and classes. Here I was in fear of running out of material, and this was replaced by a real sense of abundance from an infinite storehouse.

Charles and Myrtle Fillmore, the cofounders of Unity, spoke about “error thoughts” – I.e., thoughts that are not true and hold us back from being what we can realistically become. High up on their “error thought” list were thoughts of lack, scarcity, and that if something good happens to us, then it is bound to be taken away from us. They often quoted Jesus saying, “It is the Father’s good pleasure to give you the kingdom.” They talked about moving from fear to faith, from scarcity and lack to abundance, and from doubt to believing in ourselves.

So here is the rub or the challenge: You would expect that after I had experienced this shift in my thinking in the area of material for messages, sermons, etc., it would be relatively easy to expand it out to other areas of my life. Well, there have been some steps forward in my consciousness, but all too often, I can fall into “victim consciousness” in other areas of my life. However, the big difference is that I remain in this unproductive pit for a far shorter period of time than was the case in the past. I become aware of my “error thoughts” much quicker these days.

I find it comforting to be “a work in progress.” I love the saying from 12 Step programs: “Progress not perfection.” I would suggest that if you have experienced this sense of prosperity and abundance in a certain area of your life, try expanding it into another part of your world. 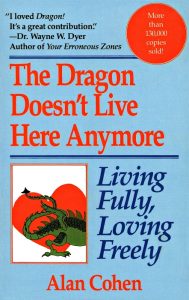 I remember hearing Alan Cohen, the author of The Dragon Doesn’t Live Here Anymore and other gems, speak about two cities. One city he named Scare City (i.e., scarcity), where people live in fear. Cohen spoke about a second city called A-Bun-Dance (I.e., abundance). In this second city, people are having a really great time. I think it is possible for many people to have dual residences in both cities. In some areas of their lives, they tend to be in A-Bun-Dance. But in other areas, they remain in Scare City.