Anger and Resentment: They Can Be Healed

Many people who are not alcoholics or drug addicts – or have any other form of addiction – have found that they can greatly benefit from the key precepts of Alcoholics Anonymous.

In fact, way back in 1951 AA won the prestigious Lasker Award, which is given every year to the person, institution, or group that has made a major contribution to medical science. The Lasker Award citation said, in part, that AA’s insights had “vast potential for the myriad other ills” facing humankind. 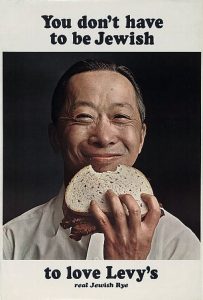 When I was growing up there was an advertising campaign for Levy’s Real Jewish Rye Bread with the tagline, “You don’t have to be Jewish to love Levy’s.” They would show a picture of a non-Jewish person loving their rye bread sandwich. Well, just as you don’t have to be an alcoholic to get a lot from AA, I believe you don’t have to be a person court-ordered into anger management classes to improve your spiritual walk by following a practice called HEALS.

The HEALS method was first developed for violent prison inmates. However, it has been shown to be very effective even for people whose worst word they may sometimes say in anger is “Fudge.”

I believe that anger and resentment can hold many of us back from being the people we were really intended to be. It cuts us off from feeling and knowing the true power of the Christ that is within us all. This Divine Spark has been called by many different names down through the ages: the Buddha nature, the Atman, the Shekinah, the Perennial Philosophy, or as Eckhart Tolle has called it, “Presence” or “Being.”

When we are in anger and/or resentment mode we cut ourselves off from the full power of the Divine Spark that is within us. This is sad because the Christ within is our real essence and real nature – not our fears, error thoughts of scarcity and lack, and not our schemes of “getting even,” etc.

That is why the enlightened masters spent so much time advancing the way and practice of forgiveness. Look at any of the four gospels in the Bible and you can see how much importance Jesus placed on draining our anger and resentment batteries. We should get rid of this negative energy so that it is not powering our car. Archaeologists have discovered many other written “gospels” besides the four that made it into the Bible. The interesting thing is that whether or not the gospel is canonical (I.e., “official”) or not, they all agree on this central issue of anger and resentment. 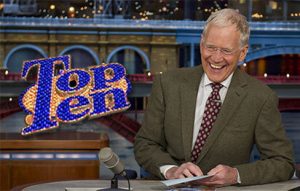 A practice that works for me is keeping “David Letterman Lists.” Remember on his old late-night TV show, Letterman would have “top ten lists.” (Like the top ten things you can say when you are at a formal dinner party, and you thought the finger bowl was the soup bowl.) Well, I keep a running list of my anger and/or resentment. I pray for the persons, places, or things on my list. When I feel good or okay about the noun on my anger and/or resentment list, I can then cross them off the list. There have been times when my list has gone down to one or two nouns and I start feeling that I am up for sainthood. But then, invariably, something happens and my list expands back to over ten nouns.

But what do you do when the anger/resentment sneaks up on you? When it takes you by surprise? One moment it’s a clear day with not a cloud in the sky, and the next moment it’s like a tornado warning in Oklahoma. That is what the HEALS method is designed to deal with. 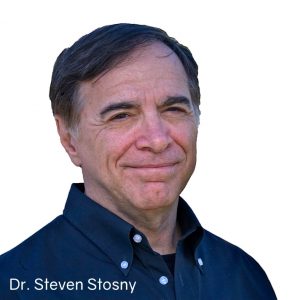 The HEALS method was created by Dr. Steven Stosny, a psychologist and professor at the University of Maryland. He is also the founder of CompassionPower, which is an institute for the treatment of various forms of anger, abuse, and violence. Dr. Stosny has appeared with Oprah Winfrey, and he is the author of several excellent books, including “Soar Above: How To Use The Most Profound Part of Your Brain Under Any Kind of Stress.

Dr. Stosny believes that from violent inmates to people who get angry and say “Fudge,” we are all dealing with some core hurts that when triggered lead to anger. Some of these core hurts include feeling:

When a core hurt is triggered, Dr. Stosny teaches people to think of the word HEALS.

Third, Approach your Higher Power and/or Core Values. In Unity, we would say approach or remember the Christ – Divine Spark – within you. Feel and know that you are one with the One. This is your real essence, this is who you are, and nothing outside can change it.

Fifth, Solve the problem. Look for a win-win solution if possible. 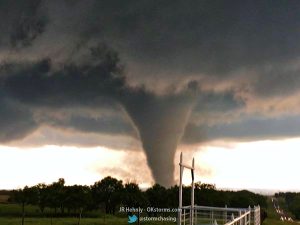 Let me make a suggestion: Don’t wait for an emotional Oklahoma tornado to pounce upon you before you try the HEALS method. When you are alone, bring up a current or old anger or resentment in your mind. I mean really bring it up and let it rip! Then try to see the “H” flashing, and go through each of the steps with the other letters in HEALS.

I have seen the HEALS method work for other people, as well as me. Anger and resentment can be HEALED. But it takes work and willingness. Nevertheless, I believe it is well worth the effort.