Cast Your Cares on Him: Wisdom from Elizabeth Gilbert and the Apostle Peter

Have you ever loved reading a book so much that you wished the book would never end?

I have had that experience several times. I remember the first time I read On the Road by Jack Kerouac and wished that the highway journey would never end. When I read Kerouac’s masterpiece, I lived on Long Island and had never been further west than Bethlehem, Pennsylvania.

Eat, Pray, Love by Elizabeth Gilbert also produced the same sensation. I did not want Gilbert’s treasure of a memoir to end. I know I am not alone in having this feeling over Gilbert’s book. One of my dear friends is a very fast reader. But she told me that she intentionally slowed her reading speed to make the book last longer.

In Eat, Pray, Love Gilbert tells about her difficult and painful divorce. Following this hard experience, Elizabeth resolved to do some things she longed for but had never had the courage to undertake. 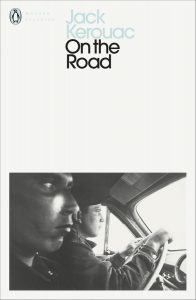 First, she learned that beautiful language – Italian. Elizabeth moved to Italy and soaked up the culture – including the food.

Second, she went to India and was part of a meditative ashram. Her mindfulness and spirituality grew. Her experiences in India moved me very much.

Lastly, she went to the South Pacific and fell in love there. Elizabeth’s writing about “some enchanted evening” would melt the heart of even the most hardened cynic.

After reading Eat, Pray, Love I dove in and read all of the articles and listened to all of the podcasts by and about Elizabeth Gilbert. I was very interested in what she retained of her Indian spiritual experience. I wanted to know how her love relationship aged over time. I also wanted to see if she found a “middle way” with food. Was she able to be a gourmet without becoming a gourmand? 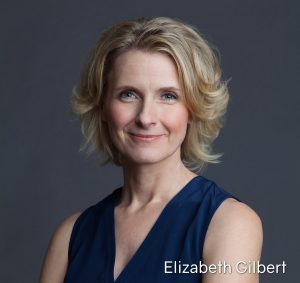 I loved reading articles about how she purchased an abandoned church in New Jersey and turned it into a beautiful home and spiritual oasis. So it was not surprising that I should read an article by Gilbert that told the story of her being caught on a New York City crosstown bus.

When I was in college in New York, I worked at night as a cab driver in a yellow checker cab. This, of course, was way before the days of Uber. The money was good. And when you are twenty years old, you often think that robberies, shootings, and stabbings will happen in somebody else’s cab.

As a cab driver – or any other vehicle driver – you would hate crosstown streets because they were almost always clogged arteries. New York City crosstown streets were designed for the horse and buggy age and not for the era of motorized cars, trucks, and buses.

A few years ago, my daughters and I were driving in New York City, and we were caught in a clogged crosstown street. To give you an indication of how bad it was, my older daughter, Rachel, left the car and went over to a pushcart to get our lunch. She returned to our car with three lunches and found that we had only moved maybe 3 feet in the interim. 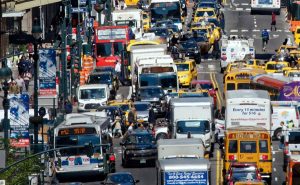 The person who captured the essence of crosstown driving in New York City was Jimi Hendrix with his song Cross Town Traffic. (Listen to this Hendrix classic performed by The Jon Butcher Axis)

Well, Elizabeth Gilbert was practically a prisoner on a crosstown bus that was stuck during rush hour. As she put it:

“Traffic was barely moving. The bus was filled with cold, tired people who were deeply irritated with one another, with the world itself. Two men barked at each other about a shove that might or might not have been intentional. A pregnant woman got on, and nobody offered her a seat. Rage was in the air; no mercy would be found here.”

But as the bus neared a major avenue, the driver got on the intercom. Gilbert reported that the bus driver said the following:

“Folks,” he said, “I know you have had a rough day, and you are frustrated. I can’t do anything about the weather or traffic, but here is what I can do. As each one of you gets off the bus, I will reach out my hand to you. As you walk by, drop your troubles into the palm of my hand, okay? Don’t take your problems home to your families tonight; just leave them with me. My route goes right by the Hudson River, and when I drive by there later, I will open the window and throw your troubles in the water.” 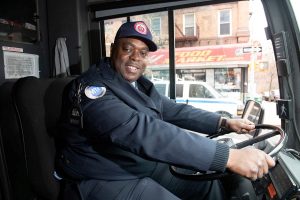 Gilbert noted that what the bus driver said changed everything on the bus.

“It was as if a spell had lifted. Everyone burst out laughing. Faces gleamed with surprised delight. People who had been pretending for the past hour not to notice each other’s existence were suddenly grinning at each other like, is this guy serious? Oh, he was serious,” Elizabeth says.

People took the bus driver up on his offer as they left the bus. They started feeling real joy. Elizabeth’s following observation has stuck with me. She adds:

“We live in a hard world, my friends. Sometimes it is extra difficult to be a human being. Sometimes you have a bad day. Sometimes you have a bad day that lasts for several years. You struggle and fail. You lose jobs, money, friends, faith, and love. You witness horrible events unfolding in the news, and you become fearful and withdrawn. There are times when everything seems cloaked in darkness. You long for the light but don’t know where to find it.”

However, she points to a real workable solution to these types of dilemmas:

“But what if you are the light? What if you are the very agent of illumination that a dark situation begs for? That’s what this bus driver taught me, that anyone can be the light, at any moment. This guy wasn’t some big power player. He wasn’t a spiritual leader. He wasn’t some media-savvy influencer. He was a bus driver, one of society’s most invisible workers. But he possessed real power, and he used it beautifully for our benefit,” she says.

We can be that light, and we don’t have to be on a crowded crosstown New York City bus to do it. The apostle Peter tells us to “cast our cares on Him (our Higher Power) because he cares for you.” (1 Peter 5:7) 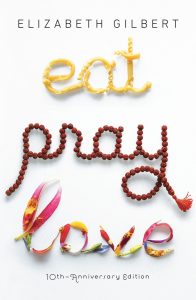 Whatever your conception of the Divine is, cast your fears, anger, and frustration on Him/Her/It, and know that the Divine loves you. We call it the “Christ within,” but this Essence has been called by many different names through the ages.

“No matter who you are, or where you are, or how mundane or tough your situation may seem, I believe you can illuminate your world. In fact, I believe this is the only way the world will ever be illuminated, one bright act of grace at a time, all the way to the river.”