College, Knowledge, and Gen Z: A Rocky Ride to a Great Future!

The pandemic has pushed many things back. For example, I’ve been involved with several delayed funerals because of COVID-19.

I know there have been many more traumatic experiences than what my 18-year-old daughter, Rachel, and I have experienced. But still, last year was a difficult one for Rachel in several ways. It was difficult enough to transition from Tulsa to Roanoke, but for Rachel to make it and then go into online classes was not easy. Even when she had days of in-person classes, lunchtime consisted of seven students per classroom. Rachel is part of Gen Z, so, naturally, all seven Gen Zers were wearing headphones or earbuds.

Rachel had no Junior prom. Not only did I have a Junior prom, but to get into my electronic bank account, I often had to tell my online banking system the first and last name of my Junior prom date if I wanted to see how much money was left. Also, with all of my older children, we visited potential colleges in their junior years; not so with Rachel. However, she was able to go online and start to plan. 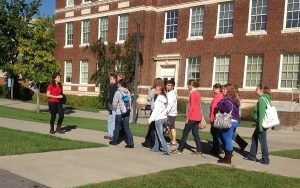 That is why I was delighted that I was able to visit several colleges with Rachel late in August. She is making a pro-and-con list for the different schools, and I know she will spend this Fall and Winter writing applications.

My six-year-old daughter, Therese, has told me that she will not have to make college trips when she is a Junior because she will be “going to that college down the street (i.e., Roanoke College). And my husband and I will be living with you. And I will have 15 parrots and three babies. And Dad, you will have diaper duty,” Therese informed me.

I suggested to her that where she lives in the future might be a joint decision with her husband, and Therese told me, “Oh, don’t worry, Dad. My husband will want to live here.” 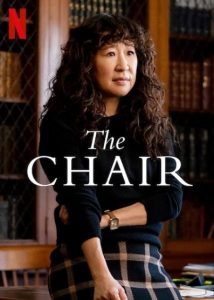 In light of all this college-related stuff, I decided to watch a new series – The Chair – on Netflix. The Chair is about a mythical American university (Pembroke University) which was once just a little bit below the Ivy League. However, Pembroke University has seen better days, and it is faltering in this era of significant changes. The Atlantic magazine has called The Chair “the best Netflix drama in years.” The Atlantic goes on to say that this “near-perfect show elegantly skewers the subject of free speech on campus.”

In many ways, Pembroke is hemorrhaging. Its enrollment levels are falling, and its financial future is bleak. Dr. Ji-Yoon Kim (played by Sandra Oh) is named to chair the English Department in this challenging environment. She is the first woman and non-white to chair the department. On her first day, the Dean calls her into his office and lays out the facts: Enrollments in the English Department are down by about 30%, and several tenured faculty members who are in their 70s “need to be retired.”

At Pembroke, many of the older faculty are having difficulty connecting with their Gen Z students. Things are pretty different now compared to even the students in the 1990s (I.e., the early days of the internet, emails, texts, and a world before social media). The English Department does have one relatively young rock star in Professor Bill Dobson (played by Jay Duplass). But his wife recently died, and Dr. Dobson is often drunk, high, and generally a mess.

To top it all off, during one semi-drunken lecture, Dr. Dobson talks about how high German culture sank to Nazi barbarity. He gives the Nazi salute several times, and a student records it. Dobson’s Nazi salutes and impersonating Hitler went viral, which led to protests demanding that “the fascist professor” be fired.

It is not easy for Dr. Kim to chair the English Department. Add to this a potential intra-department love relationship. But Dr. Kim tries her best to steer a course that upholds both economic realities and sound academic standards and goals. Doing this is often not easy, and I do not want to spoil the plot for you.

The acting, cinematography, and script for this series are excellent. Also, I think The Chair brings up some crucial issues currently facing academia. These issues include business realities, the shift to an online world, the role of women and non-whites at universities, so-called ‘Woke’ and ‘Cancel Cultures,’ and a profound change in sexual mores. 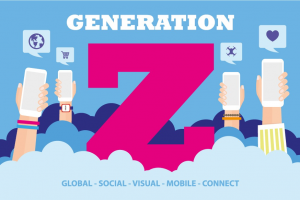 While I don’t deny any of the challenges depicted above, I believe there are good reasons to be optimistic about Gen Z and universities. Based on data from the Gallup organization, Pew Foundation, and Annie E. Casey Foundation, I think it is fair to conclude the following:

Yes, there are exceptions to the average. But there are reasons to have some faith in the future when we look at Gen Zers. Also, I believe that the next few years could be hard for some universities and colleges. But I also think that universities, in general, will be better at facing these challenges at the end of the day. 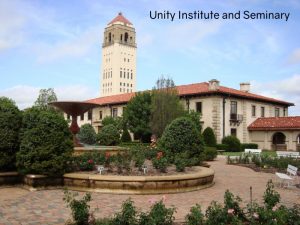 While I was still a student at Unity Institute and Seminary, I was asked to co-chair a task force that helped create the new Unity ministers educational program. Economic realities were pushing us to switch from a residential program to one that is primarily online. I hated making these changes for many reasons, and I am so glad that I experienced seminary as a residential program.

But there have been some real blessings created by online education. For example, suppose you lived in New Zealand and wanted to be a Unity minister? Before these changes, it was challenging and expensive to pursue this. Now with the online program, more people around the world can become Unity ministers. This shift will generate many benefits for the Unity movement – including making us more of a truly worldwide phenomenon.

There is a part of us that would like to see things remain the same. But the reality of the relative realm – this material world – is that change will always happen. When we have a strong link with our Higher Power, we often can help make this change flow for the best.