Love Letters to Our Children: And Other Bombs

My daughters (Rachel and Therese) and I recently visited Austin, Texas, to be with my oldest son, Josh, and my daughter-in-law, Cari.

All six of my children were there, along with their partners. We gathered in Austin to celebrate my second grandson’s (Levi’s) Bris (circumcision). Josh and Cari are conservative Jews and very active in their synagogue.

Joey, my one-year-old grandson, was there, and he has been growing up a storm. I also got a chance to meet my oldest daughter’s (Catherine’s) partner for the first time – and I really liked Zack. (I promise there will not be a test on all of these names at the end of this blog). 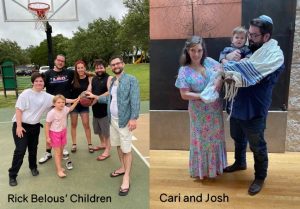 So it is a beautiful Summer’s day by a river, and I was thinking how blessed and fortunate I am. I am very proud of my children and all the different roads they have taken. I also really love my children’s partners/wife.

Therese will enter first grade after summer vacation, and she doesn’t have a partner yet. But she has told me in great detail how she will conduct her wedding at Unity of Roanoke Valley.

Meanwhile, I have told Rachel (who is 17) that I look forward to loving her future partner, and I will do this even if her future partner is a Boston Red Sox fan. (I am a lifelong Yankees fan, and oh how this season hurts so far!) I will even tell Rachel’s future partner that their immortal soul will not rot away in some cosmic dilapidated hell hole like Fenway Park.

At last Sunday’s service, I spoke about the importance of sending thank you and gratitude letters. Watch the service here. Well, I thought of writing a thank you and gratitude email to my children. But then I started thinking about the mistakes I made in parenting them and the times I was less than the father I believe my Higher Power wanted – and wants – me to be. Yes, I feel forgiven, but I was thinking about some things in the past.

Right then, I saw an incredible email from one of you. Isn’t synchronicity so interesting and wonderful? In part, this email read as follows: 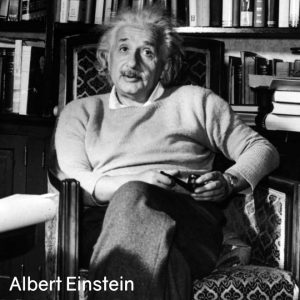 (Before you read this letter, let me add a note of caution. There is a strong controversy over whether or not the following is a genuine letter from Albert Einstein. I have some strong doubts that it is a genuine letter from the great scientist. Nevertheless, it is a beautiful letter. It is for that reason that we are reprinting it here. I might add that there are serious questions about whether all of the letters in the New Testament attributed to the apostle Paul were actually written by him. Some of them might not have been authored by Paul, but they also are beautiful letters that deserve to be reprinted and read.)

When I proposed the theory of relativity, very few understood me, and what I will reveal now to transmit to mankind will also collide with the misunderstanding and prejudice in the world.
I ask you to guard the letters as long as necessary, years, decades until society is advanced enough to accept what I will explain below.

There is an extremely powerful force that, so far, science has not found a formal explanation to. It is a force that includes and governs all others and is even behind any phenomenon operating in the universe and has not yet been identified by us. This universal force is LOVE. 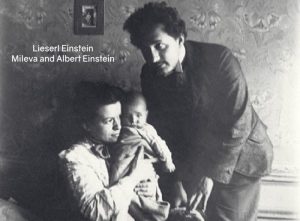 When scientists looked for a unified theory of the universe, they forgot the most powerful unseen force. Love is Light that enlightens those who give and receive it.

Love is gravity because it makes some people feel attracted to others. Love is power because it multiplies the best we have and allows humanity not to be extinguished in their blind selfishness. Love unfolds and reveals. For love, we live and die. Love is God, and God is Love.

This force explains everything and gives meaning to life. This is the variable that we have ignored for too long, maybe because we are afraid of love because it is the only energy in the universe that man has not learned to drive at will.

To give visibility to love, I made a simple substitution in my most famous equation.

If instead of E = mc2, we accept that the energy to heal the world can be obtained through love multiplied by the speed of light squared, we arrive at the conclusion that love is the most powerful force there is because it has no limits.

After the failure of humanity in the use and control of the other forces of the universe that have turned against us, it is urgent that we nourish ourselves with another kind of energy…

If we want our species to survive, if we are to find meaning in life, if we want to save the world and every sentient being that inhabits it, love is the one and only answer.

Perhaps we are not yet ready to make a bomb of love, a device powerful enough to entirely destroy the hate, selfishness, and greed that devastate the planet.
However, each individual carries within them a small but powerful generator of love whose energy is waiting to be released.

When we learn to give and receive this universal energy, dear Lieserl, we will have affirmed that love conquers all, is able to transcend everything and anything because love is the quintessence of life.

I deeply regret not having been able to express what is in my heart, which has quietly beaten for you all my life. Maybe it’s too late to apologize, but as time is relative, I need to tell you that I love you, and thanks to you, I have reached the ultimate answer! 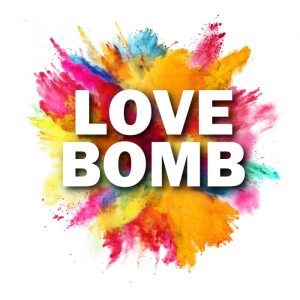 The congregant who sent this email to me said that she really was taken by the image of the ‘love bomb.’ I am too: And they shall beat their swords into love bombs.

I find it so much easier to forgive when I remember how much I have been forgiven. Also, now as part of the “senior generation,” I have a great deal of faith and respect for the generations that come after the “baby boomers.”