Sometimes Silence Can Be Golden

That great comedian and philosopher of life, Groucho Marx, once said, “If you speak when angry, you’ll make the best speech you’ll ever regret.”

Being silent is often worth its weight in gold. One of my favorite verses in all of the Bible is Proverbs 17:28: “Even fools are thought wise if they keep silent, and discerning if they hold their tongues”. 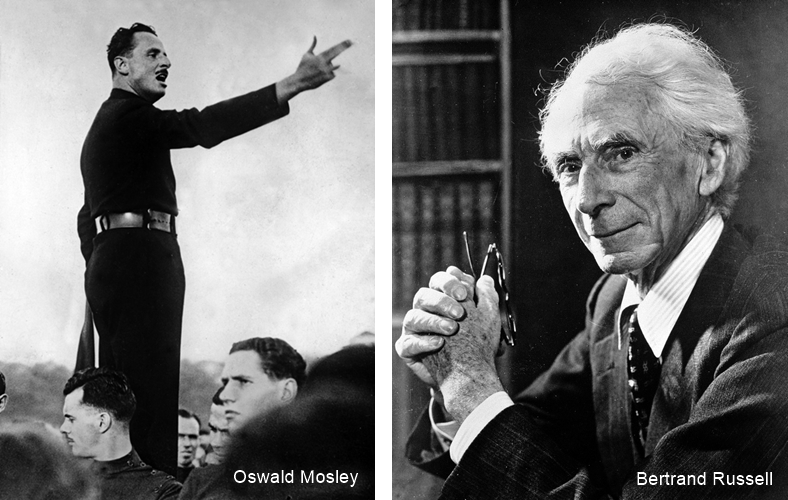 There is a famous story about Sir Oswald Mosley and Lord Bertrand Russell. Mosley was born in 1896 and was raised in the upper rungs of British society. Mosley had been a member of Parliament. During the 1930s he drifted to the extreme right wing on the political spectrum. Eventually he became the leader of the British Union of Fascists. His black-shirted, would-be stormtroopers modeled themselves after the followers of Hitler and Mussolini.

Russell was born in 1872 and also came from the upper crust of British society. He was an Earl. I remember reading that Russell once said that “table manners were invented to keep the middle class in line.” He was a polymath, philosopher, logician, mathematician, historian, writer, social critic, political activist, and Nobel laureate. During my undergraduate days, his wonderful books on philosophy saved my posterior on more than one occasion.

Russell believed very strongly in liberal democratic (small l and small d) values. He loved debates and often engaged in them. As the Nazis and the Fascist movements grew in power in Continental Europe, some British subjects started to view Mosley’s party as a godsend to the problems facing the United Kingdom during the Great Depression. Of course, what Mosley advocated was a radical departure from many key British values, norms, and culture.

Mosley decided to throw down the gauntlet by challenging Russell to a series of debates. What should Russell do? Should he debate Mosley? If he did, would he, in essence, be dignifying something that he thought was a cancer in Great Britain? If he did not debate Mosley, would he be acting like a coward?

Russell thought very deeply about the matter. His reply to Mosley has become famous, and it is viewed by many as a brilliant statement of reason, sanity, and discernment. Russell wrote the following to the British Fascist leader:

Thank you for your letter and for your enclosures. I have given some thought to our recent correspondence. It is always difficult to decide on how to respond to people whose ethos is so alien and, in fact, repellent to one’s own. It is not that I take exception to the general points made by you but that every ounce of my energy has been devoted to an active opposition to cruel bigotry, compulsive violence, and the sadistic persecution which has characterized the philosophy and practice of fascism.

I feel obliged to say that the emotional universes we inhabit are so distinct, and in deepest ways opposed, that nothing fruitful or sincere could ever emerge from association between us.

I should like you to understand the intensity of this conviction on my part. It is not out of any attempt to be rude that I say this but because of all that I value in human experience and human achievement.

Russell showed great wisdom in deciding not to waste his time by debating with Mosley. It would have been pointless.

One of the things that I deeply admire about Jesus is that he did not think it was necessary to defend himself every time he was attacked. Every time the bell rang, he did not feel obligated to get into the ring and start boxing. A very wise boss once said to me, “If you get into a contest with a skunk you can’t help but come out of it stinking.“ (What my boss actually said was expressed with much more earthy language – but you get the drift.)

To quote a wise friend’s reply to someone who had expressed nasty, unwarranted words: “Your comments are a critique on themselves and need no further comments or analysis from me.” How many times have I wasted hours in pointless debates and bickering that I knew were going nowhere fast?

Even if we do not have to deal with a person like Mosley, the above can very much apply to us. At family gatherings, we can skip going into the ring with Uncle X or Aunt Y. We can put boundaries around their monologues in terms of how much we will listen. We can give up the notion that if we just play Socrates and ask them a few questions, then we will straighten them out.

We can silently remind ourselves of some words from Bob Dylan: 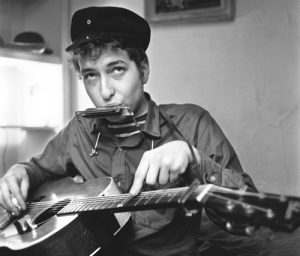 “You’re right from your side
I’m right from mine
We’re both just one too many mornings
And a thousand miles behind.”