Summer of Soul: Gone but at Last, not Forgotten

Almost everybody has heard of the Woodstock Festival that was held on a farm in rural upstate New York.

It was a hippie extravaganza of drugs, sex, and rock ‘n roll. It was a top news story, the main event, and it was the subject of numerous movies, tv shows, books, and record albums. The cartoonist for the Peanuts series, Charles Schultz even named a “new” character in his comic strip after the festival. It was a little yellow bird that often flew around Snoopy – Woodstock.

But during the summer of 1969, when Woodstock was held, there was another festival going on. This second festival also attracted large crowds, and it also included artists who in many ways made as important musical and cultural contributions as the ones at Woodstock. In fact, one could argue that many of the artists at this second festival have made more important and lasting contributions than many of the people who played at Woodstock.

However, while Woodstock is still famous and legendary, the second festival is “little noted nor long remember(ed)” (to borrow a phrase from Abraham Lincoln). Next to nothing has been written about it. Up to now, there have been no movies about it. Ironically, around 54 hours of videotape were recorded at the second festival. But for roughly 50 years, this incredible footage has literally remained “in the can” in somebody’s basement. Yes, there were several attempts to make a film from the tapes, but it always fell through for one reason or another. 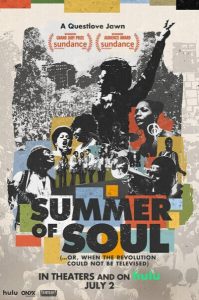 The second festival held during the summer of 1969 was called the Harlem Cultural Festival. It ran for six weeks in Mount Morris Park (now renamed Marcus Garvey Park). Let me tell you some of the people and groups that appeared at the Harlem Festival: Stevie Wonder, Sly and the Family Stone, B.B. King, Mahalia Jackson, Nina Simone, The 5th Dimension, The Staple Singers, Gladys Knight and the Pips – the list goes on and on.

The performances were fantastic and have stood the test of time. How could this footage have sat “in the can” for roughly half a century? How could the Harlem Cultural Festival not be right up there with Woodstock? I think the answer to these questions gets at a tragic side of the American story.

But fortunately, there is now a film that I think will start to set the record straight. The movie is called Summer of Soul (…Or, When the Revolution Could Not Be Televised). It is playing in local theaters, and Hulu is streaming it. The British newspaper, The Guardian, has called Summer of Soul “the best concert documentary ever made.” 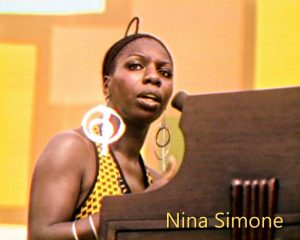 The film’s director is Ahmir “Questlove” Thompson, the drummer and frontman for Roots, the house band for The Tonight Show with Jimmy Fallon. Questlove has done a fantastic job of editing down the footage. He has also included many interviews with surviving performers and people who attended the festival in 1969 (You see these attendees as they looked then and how they look now). He also has been able to include the social, cultural, and political ingredients from the time. Interestingly, Questlove was born in 1971 – after the festival was held. The film premiered at the 2021 Sundance Film Festival and won several awards. The reviews of the film have tended to be quite good. I think there are several key takeaways from all of this, including:

I remind you that Jesus’ crucifixion also occurred on the “wrong side of the tracks” in a backwater province of the empire. Jesus said, “What you did to the least of these, my brothers and sisters, you did to me” (Matthew 25:40). It is still true today! 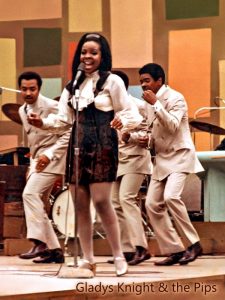 In light of Questlove’s valid point, I think it is high time for all of us to step back and reconsider our cultural/racial/and ethnic stereotypes.

The multi-cultural aspect of the film is fascinating.

I believe that Summer of Soul is an important movie not only because of all of the great performances but because of the many “teachable moments” that it presents. I saw it with my 17-year-old daughter, Rachel. On the way home, she brought up Sly and The Family Stone’s greatest hits in the car. “They are really good. I never heard them before,” she said. I would say a good time was had by all.