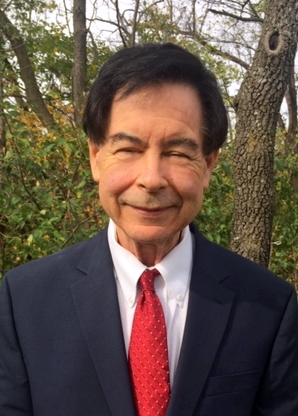 Rev. Dr. Rick Belous brings a great deal of creativity and compassion to his ministry.

Before his call to ministry, Rick was Vice President of Research and Chief Economist for the United Way system. He was also an adjunct lecturer of economics at George Washington University.

Following his father’s death, when he was age 17, Rick didn’t want to have anything to do with organized religion. Then in his mid-20’s, he had several “profoundly mystical experiences,” which led to his deep commitment to spiritual growth. Rick has been a part of the Unity movement since the mid-1980s.

“I am grateful for the years of spiritual doubt and searching because I know what the ‘spiritual but not religious’ people in our society are going through,” he says. “Unity does not ask people to check their minds at the door. It is free and open as a breeze on a hot day. Unity honors both spirituality and science. We look to Jesus as our way-shower, and we also learn from other enlightened teachers,” he adds.

Rick earned his BA from Columbia University and his MA and Ph.D. in economics from George Washington University. He also earned a Master in Divinity from Unity Institute and Seminary. He is an ordained minister by Unity Worldwide Ministries. In fact, he is now an advisor to Unity Worldwide Ministries. Before Unity of Roanoke Valley, Rick served as Senior Minister at Unity Center of Tulsa.

Also, Rick serves as president of Spiral-Pathways.org (which is a research network dedicated to studying and advancing the evolution of spiritual consciousness).

Besides being a noted preacher, Rick also specializes in pastoral counseling. “Other doctors may not do house calls these days, but I still do,” he adds. Rick is the author, or co-author, of 13 books and numerous articles. He has been interviewed on CNN, NPR, and The Today Show and been quoted by The New York Times, The Wall Street Journal, The Washington Post, and other leading papers. Rick has also served as an advisor to two U.S Presidential Commissions.

Rick lives in the Roanoke area with two of his daughters and a cat.

“When I first came to Unity in Northern Virginia back in the 1980s, what really struck me was the love within the church. It really was a very special place. Unity of Roanoke Valley has that same warmth and compassion. The people here don’t just talk the talk – they walk the walk,” he notes.