A Bris, a Christening, and a Funeral

Do you like romantic comedies? I do. But in recent years, this genre has faced some cinematic slim pickings.

One leading critic (Wesley Morris) recently wrote in The New York Times that for romantic comedies, we are now getting “decoys and substitutions.” Instead of “rom-coms,” we are getting “fizzy soap operas … teen movies, funny dramas, and Teen Tinder.” He contends that both the current quantity and quality can’t hold a candle (either lit or unlit) to the Meg Ryan and Sleepless In Seattle era.

What do you think? I don’t know if I totally agree with Morris. But it got me to thinking about rom coms I really liked and why I enjoyed them. 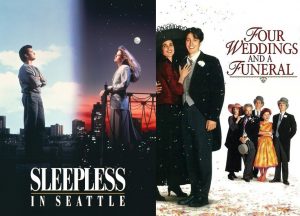 One example that came to mind was the British movie from a few years back, Four Weddings And A Funeral. Starring Hugh Grant, the film follows a group of friends as they become involved in romantic relationships, social functions, weddings, and finally, a funeral.

The movie was an unexpected hit. It was made in only six weeks and cost under $6 million to make. It grossed close to $250 million at the box office and was nominated for several key Academy Awards, and Grant won a Golden Globe Award for Best Actor.

When this movie was in theaters (remember when once upon a time, we went to theaters that showed movies and served big tubs of hot buttered popcorn?), my mother was really into obituary columns. Forget the front page and the news from Washington D.C. My mother would first scan the paper to see how the funeral homes were doing.

As I grow older I have come to better appreciate the way my mother read the newspaper. But at the time a cousin of mine commented, “You know Rick if your mother filmed that Hugh Grant movie it would have been renamed: Four Funerals And Only One Wedding.”

Hugh Grant and this movie come to mind for another reason. Recently as a minister, as a father, and as a grandfather, I have been involved in several different spiritual rites of birth, and a very early childhood death. Maybe the title of my movie would be “A Bris, a Christening, and a Funeral.” 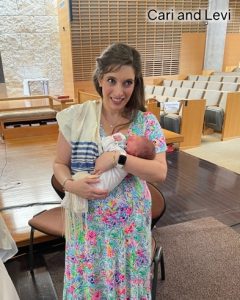 As I have mentioned, I was adopted when I was six months old by a Jewish family. In many ways, my parents were more culturally Jewish than spiritually Jewish. I went to a religious school as a kid. But when my parents faced rocky times financially, they left the temple to save money.

When I was 24, I became intensely interested in religion and spirituality. I went back to a Jewish temple and became very active. I learned a great deal, and I still view Judaism as a key spiritual river that has nurtured many different fields.

That may be why I am delighted that my oldest son, Joshua, and my daughter-in-law Cari are practicing Conservative Jews. They are active in their temple in Austin, Texas. A few weeks ago, Cari gave birth to my second grandson, Levi.

An ancient commandment in the Torah is the rite of circumcision. The Torah prescribes when the rite is to be performed and how the ritual is to be done. My son and daughter-in-law tried to change one thing, but they decided not to fight 4,000 years of tradition in the end.

The Bris, or Circumcision service, was very moving, and I felt so blessed to have a second grandson. I also felt grateful to be linked to a long tradition – even if minor changes could not be made. 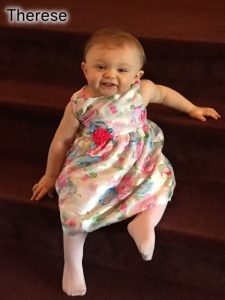 Debbi and I adopted our daughter, Therese when she was one day old. However, it took three different court hearings, in front of three different judges, before our adoption of Therese was finalized.

Maybe we should have gone ahead with Therese’s christening no matter what the legal system of Virginia said. But we waited.

When the adoption was finalized, I was a ministerial student at Unity Village. Several of my professors suggested that I perform the christening of Therese.

Many people attended Therese’s christening, including the president of Unity Worldwide Ministries. However, by the time the christening was held, Therese could walk. Truth be known, Therese could run. It would have been easier to christen her with a squirt gun than to catch up to her.

When I felt all was lost, little Therese turned around and came running to me, and she gave me a big warm hug. Mission accomplished! 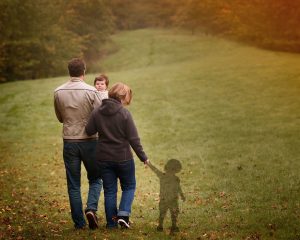 Several years ago, Josh and Cari went for a routine sonogram appointment. Cari was many months pregnant. But when the equipment was attached to Cari, the medical people could not find a heartbeat.

It turned out that the little one’s umbilical cord was wrapped twice around his throat. The result was fatal. My son and daughter-in-law – and all of the family – were devastated.

Josh said that he knew there would be other children in their lives down the road, but there would always be a hole or missing piece.

I know several people my age who have become very bitter for various reasons, or they have looked at current events and concluded that the world is going downhill and to the dogs (I don’t mean to be unfair to the dogs). I don’t see it that way at all.

When you look at Millennials and Gen Zers, I see a very different picture. Consider all that we know about their values and interests. They have been dealt much harder blows than Baby Boomers (like me). Yet their attitudes, goals, and desires, in many ways, are much better than Baby Boomers, I believe.

Yes, the next generations probably will make more than their share of mistakes. It most likely won’t be one big rom-com for them. But I believe the evidence gives us reasons to be optimistic. It may be three steps forward and two steps back – but I believe it will be a net gain.

So go to a christening, and go to a bris if you can. Even go to a funeral of a person who died way too young. Laugh, and cry. But remember that your faith, hope, and love are justified no matter what you see on cable news or social media.

As they say in Judaism, Mazel tov (i.e., congratulations and good luck)!