Last Sunday, at the Easter parking lot and YouTube services, I spoke about Estonian Easter eggs.

I told the story about my friends Jim and Angie. During graduate school back in the late 1970s, Jim and I became good friends. He grew up in a conservative Texas home, while I was raised in a liberal home in New York. He was thin as a rail, and back then I had serious weight issues to deal with. We would joke about our differences, but we were fast friends.

Jim’s wife, Angie, was born in Estonia, that small country in the Baltic region that was ruthlessly gobbled up by Joseph Stalin. Fortunately for Angie and her mother (her father had died), they were able to get out of the Soviet Union and come to America. Angie spoke English with a thick Estonian accent. 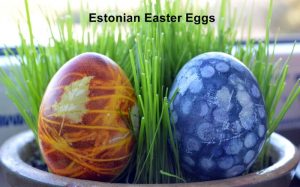 One year as we were approaching Easter, Angie asked me if I would save my onion skins from cooking and give them to her. I said, of course, I would do this. I asked her why she needed onion skins. She responded by saying, “You’ll see, you’ll see.” The day before Easter she gave me the most beautiful Easter egg I had ever seen. “This is an Estonian Easter egg,” she told me. Angie also explained how onion skins, and other things, are used to make an Estonian Easter egg.

I asked where she made this egg, and she said, “Oh, I belong to an Estonian church, and we meet and pray for Estonia to be free – a land where we can speak our language, and worship God as we want. And we make these Estonian Easter eggs.”

I didn’t say this to Angie, but what I was thinking was, “Angie, get a life! I’m sorry about your country. But one thing you can say about the Communists – when they capture an inch of land they hold on to it forever. I am sorry, but the chances of there ever again being a free and independent Estonia are nil and none!”

But then in the late 1980s, the Berlin wall was knocked down, and a little after that the USSR became the USS-Were. Estonia once again became a free nation. I remembered what Angie and her Estonian church had done to hold a beautiful vision in their consciousness. I took the Estonian Easter egg that Angie had given me, and I placed it on our family altar. It reminds me that as Jesus said, “Nothing is impossible with God.” 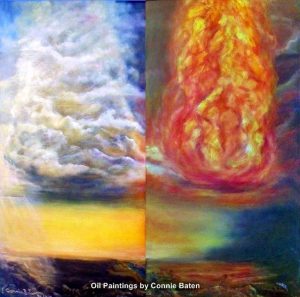 So during my morning prayer and meditation recently, I was reading something written by Naatan Holman who lives in Tallin, Estonia. Naatan writes that after graduating from school, he did not know what he should do next. He had several different opportunities, but he was not certain what he should do.

Naatan remembered Moses and the Israelites wandering in the desert for many years. In Exodus (13:21) it says: “By day the Lord led them with a pillar of cloud to guide them on their way and by night in a pillar of fire to give them light, so that they could travel by day or night.” Naatan longed for something similar to the assurance of a cloud by day and fire by night to lead him on.

But there was no pillar of cloud by day nor pillar of fire by night in modern Tallin, Estonia. As I was reading about Naatan’s situation, I thought back to Angie and her small church. There was no obvious pillar of cloud and pillar of fire leading them on in the late 1970s. The Soviet Union appeared to be invincible, and no one seemed willing to stick out their neck for little Estonia.

But Angie and her friends were able to look beyond appearances. They were able to be guided by the pillar of cloud and the pillar of fire that was inside of them – and which is inside all of us. In Unity we call these pillars the 12 Powers. They are like the primary colors that can be mixed and matched on our pallet of life to make the most beautiful of rainbows that arch toward – not a pot of gold – but to our Promised Land.

In Naatan’s case, he leaned on the powers of Wisdom, Faith, Zeal, Love, and Strength, and he felt guided to study for the ministry (one of the least financially rewarding options the were open to him). He writes, “Even in the most difficult situations when our human perspectives offer no good solutions, we can rely on God to show us the way.”

I must admit there are times when I would like to say to Mother-Father God, “For once would you just make it easy and produce external pillars of cloud and fire.” But this has not happened for me. Instead, Spirt seems to be saying to me, “Go within, center, take a deep breath, and remember that old song (It is in every one of us to be wise). Look within. There you will find those pillars of cloud and fire.” 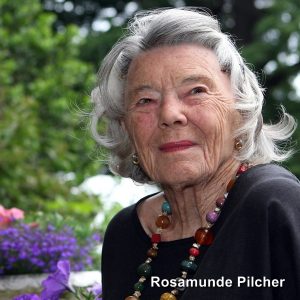 Somehow I feel Angie and Naatan are so linked together even though they probably have never met. If it wasn’t for Angie’s consciousness – and prayers and meditations – back in the late 1970s, who knows if Naatan would have had the freedom to become a minister in the 21st Century? We may never know how much our thoughts and prayers matter. But there is a tipping point, and as the writer, Rosamunde Pilcher put it, “nothing good is ever lost.”