An Attitude of Gratitude: It Really Works!

The “G.K.” stood for Gilbert Keith, and he was often called the “prince of paradox.” Time magazine noted that “Whenever possible, Chesterton made his points with popular sayings, proverbs, allegories – first carefully turning them inside out.” He was born in 1874 during the high watermark of Victorian England. He died in 1936 when it was clear that the sun would set on the British Empire. 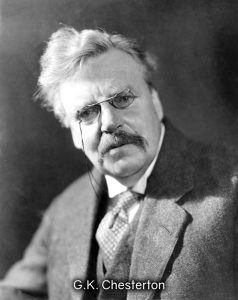 Chesterton was the creator of the famous priest-detective Father Brown series. He also wrote many books on the role and relevance of spirituality and religion in the modern and often caustic world. Chesterton loved to debate, and he often got into friendly disputes with noted agnostics/atheists such as Bertrand Russell, George Bernard Shaw, and H.G. Wells. The British Broadcasting Company asked Chesterton to give a series of talks on the radio, which became very popular in the 1930s.

C.S. Lewis, who also had a very popular radio talk series on the BBC, said that Chesterton’s writings were crucial in his conversion to Christianity. Chesterton wrote, “The wild worship of lawlessness and the material worship of law end in the same void. Nietzsche (who started the “God is Dead” movement) scales staggering mountains, but he turns up ultimately in Tibet.”

I bring up Chesterton on this Thanksgiving week even though I can find no reference or proof that he ever went to an American Thanksgiving dinner or celebration. The reason I do so is that Chesterton said his goal was to take nothing for granted. He wanted to live his life in a way that “everything (would be) received with gratitude.” Then he would make sure that “everything (would be) passed on with grace.” 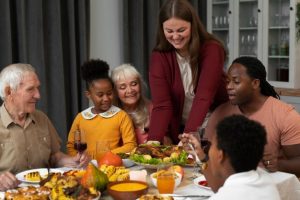 May Gratitude and Grace be the Salt and Pepper at our Thanksgiving celebrations this year. I know this has been a challenging period for many. The pandemic, health and financial conditions, social tensions, and increased polarization in our society have not been easy. Yet many of you told me that you got so much from The Book of Joy by the Dalai Lama and Archbishop Desmond Tutu. Our Spirit Circles looked at this incredible book, and they were “happening places.”

The joy that the Dalai Lama and Archbishop Desmond Tutu talked about was not surface happiness based on ephemeral things occurring in our lives. This type of joy is based on profound spiritual connections, and it was an “inside job.” It is interesting to note that the Dalai Lama says he is a non-theist and does not have a traditional God. You don’t have to be a traditionalist with a standard God to know this joy!

The Dalai Lama and the Archbishop said that a key pillar to knowing this Joy is to live in an attitude of gratitude. I think they would very much approve of Chesterton’s idea to receive everything with gratitude and pass it along with grace.
In this spirit, I read and was moved by an article in a recent issue of Guideposts magazine. Written by the Guideposts editor Celeste McCauley, the piece is entitled “Gratitude Makeover.” For Thanksgiving, McCauley suggests some possible ideas and activities to help you launch a gratitude makeover. Her suggestions include: 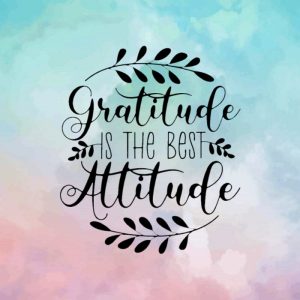 Happy Thanksgiving. May we remember Chesterton’s ideas of gratitude and grace, and may we also try some of McCauley’s “gratitude makeover” suggestions. I have found that when we put these ideas into practice, we can move out of Professional Pity Party & Victims Day and into real Thanksgiving.

Nothing in the outside world may change, but we do, which makes all the difference in the world. Then we are in better shape to be of love and service.