For several reasons, the British writer and scholar C.S. Lewis has meant a great deal to me.

As an undergraduate, I was an English major, and Lewis’ writing on medieval and renaissance literature opened my eyes to many things. Also, his interest in Nordic and Celtic mythology introduced me to such ideas as Ragnarok (i.e., the death of many Nordic gods and a world submerged by water – all before any modern concerns about climate change). 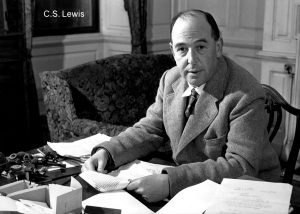 But what captured my imagination even more was Lewis’ fictional writing – notably the Narnia series. In Lewis’ The Lion, The Witch, and The Wardrobe, children make their way through clothing in an old wooden wardrobe and wind up in a very magical – and often dangerous – land.

As a child, whenever I was in an old house or saw beautiful antiques, I would imagine myself making a similar transformation into a world of imagination. My aunt and uncle lived in just such a beautiful old house, and they kept many things up in the attic, including old books. It was there that I discovered a complete set of Mark Twain’s writings. I would be off on a steamboat going down the Mississippi in the 1800s or a Connecticut Yankee in King Arthur‘s Court.

Then there was Lewis’ science fiction. He created an interplanetary universe filled with strange devils and sometimes even stranger saints.

Lewis was born in 1898 in Belfast, Ireland. He served in the British army during World War I – The War To End All Wars. The horrors Lewis saw during the war, combined with postwar modernist trends, were enough to beat any religious or spiritual beliefs or feelings out of him. He became a devout atheist/agnostic. 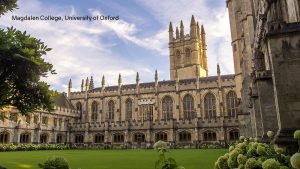 Here is the most important influence that C.S. Lewis has had on me. Something was profoundly missing from this great scholar’s life. Despite his academic success and all of the accolades paid to him and his scholarship, there was a deep emptiness inside of him. No amount of achievements could fill this hole for him. All the intellectualism that he possessed could not help him think his way out of his problem.

And then something happened – something that he certainly did not plan. He discovered that he believed in God. What drew me to Lewis is that what he wrote about this “conversion” process and experience mirrored what I had experienced going from atheism/agnosticism to faith and unity with Spirit. (The unity with Spirit was always there, even when I was not conscious of it.) 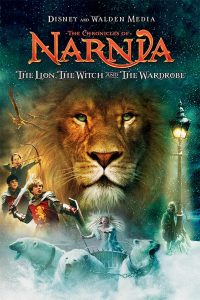 Also, Lewis did a fantastic job describing the profound benefits such a change in consciousness can have on us. No, all of Lewis’ problems were not solved overnight. But he was, as he put it, “surprised by joy.” He also found a faith that works even in difficult situations.

Lewis had the good fortune – or synchronicity – to fall into a group of other spiritual scholars and writers. This group was known as The Inklings and included such people as J.R.R. Tolkien. They would meet at an Oxford pub called The Eagle and Child and read early drafts of their works in progress to each other. Can you imagine being in this pub, sitting by a warm fire with a drink and listening to J.R.R. Tolkien read a chapter from The Lord Of The Rings?

But then came World War II. For some time, England stood up virtually alone to the Nazi empire. Many people felt that Great Britain couldn’t win. Winston Churchill, of course, played a crucial role in rallying the nation. But Lewis also played a significant role.

The British Broadcasting Company asked Lewis if he would give a series of talks on the radio. He had been speaking to British soldiers, and it was noticed that he had a profoundly positive impact. He readily agreed to give a series of talks about spirituality in the modern world. Like FDR‘s fireside chats, Lewis’ talks were listened to by many people and had a profound influence.

After the war was won, many people came to Lewis and asked him if he would publish his radio talks in book form. He did that, resulting in a wonderful book called Mere Christianity.

I read this book several years ago and recently decided to reread it. I am glad I did, and I would like to pass on some thoughts and suggestions that have come to me from this rereading of Mere Christianity: 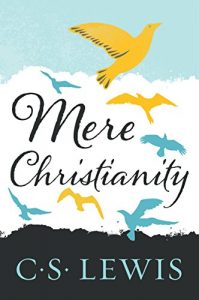 ~ I think Lewis does an incredible job at pointing to key parts of the so-called “perennial philosophy” or “golden thread.” (If you are not familiar with these terms, which Aldous Huxley and Emmet Fox used, please look at the first message in the recent series at Unity of Roanoke Valley called Unity and World Religions. You can do that by clicking here.)

~ Lewis’ way of first getting at the realm of the Spirit is so simple and wonderful. He does it by just listening to people’s conversations and arguments. He very cogently points out that if you do this, you can hear that people may disagree, argue, and even go to war. But underlying their speeches and conversations is a sense of a higher moral law that points to a realm above the everyday physical world. Isn’t that what metaphysics is all about? It is about something beyond our everyday physical reality. 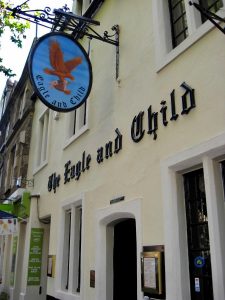 ~ I suggest that we “Unitics” and “New Thoughters” develop a healthy translator. This translator can take traditional religious terms and translate them into metaphysical images and truths. Interestingly, many of us can do this when we read something from Hinduism or Buddhism. But for some reason, we often can’t do this when reading something from traditional Christianity. We take what a writer like Lewis is saying literally, and we reject his words’ literal meaning or image.

~ Reading C.S. Lewis literally will often not provide one with a nourishing feast. But when one applies a good metaphysical translator to Lewis’ writings, an incredible feast is on the table waiting for us! 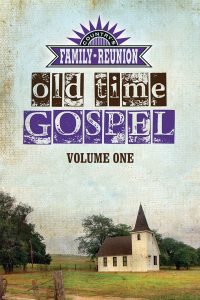 Before coming to Unity of Roanoke Valley, I was the senior minister at the Unity church in Tulsa, Oklahoma. Tulsa is the buckle of the Bible Belt. Believe me, you can’t live in Tulsa without breathing in some old-time traditional Gospel music.

A Unitic’s first reaction to Old Time Gospel music might be: “YUCK!” But when you apply your metaphysical translator to Gospel music, you can discover real beauty and uplift – and spiritual truth – in stained glass bluegrass.

I wonder what C.S. Lewis would have made of stained glass bluegrass? Come to think of it, many of the images he wrote about in medieval and renaissance literature found their way into Old Time Gospel music, including:

(Click here to listen to the rest of the song.)