Children of All Ages: From Boomers to Zers

A column by Rev. Vicki Kemper recently caught my eye.

Of course, how could this column not catch my attention? I saw that Rev. Vicki is the senior minister at the First Congregational Church in Amherst, Massachusetts. I had just dropped off my daughter, Rachel, for her first year at the University of Massachusetts, located in Amherst.

I remembered seeing Rev. Vicki’s church – part of the United Church of Christ – on a quaint New England street. I thought, “What Synchronicity! I must read her column!” 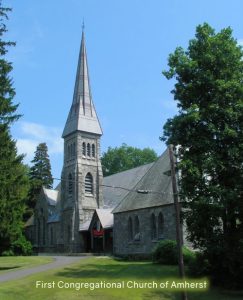 Rev. Vicki started by repeating Jesus’ famous words, “Let the little children come to me, and do not stop them; for it is to such as these that the kingdom of heaven belongs.” (Matthew 19:14). But then she noted that the “locals in our area will tell you – with a grumble – that there are a few sure-fire ways to know the college kids are back.”

These include horrendous traffic jams and Target and Walmart parking lots overflowing to the brim. The locals will also tell you that there will be a tremendous spike in beer sales and, increasingly, legal marijuana sales in the Commonwealth of Massachusetts. There will also be “sheer pandemonium at Trader Joe’s, and a mosh pit three people deep at the Whole Foods yogurt section,” she reports.

Well, I can vouch for (and caused) some of these backups and long lines. Rachel and I did not buy any beer or marijuana, but we did purchase many things for her dorm room at the local Target. Also, first-day registration and move-in did cause long lines of traffic on normally tranquil New England lanes. 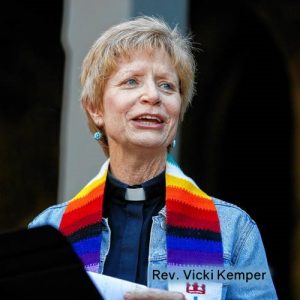 However, Rev. Vicki writes, “One doesn’t have to be a shopper, driver, or partier to know that something is different in the area that includes not one but five institutions of higher learning.” Amherst, Massachusetts, is not only the home of the University of Massachusetts but is also the home of Amherst College, Smith College, Hampshire College, and Mount Holyoke.

“There is new energy and excitement in the air. The streets that were all but deserted are now bustling with activity. Our sleepy little towns have awakened with a joyful roar. And at our church, it’s entirely possible that a sign or banner will go missing – sometimes to be returned (perhaps with a note saying ‘Lost a drunken bet. Sorry!’) and sometimes not,” she reports.

Because the college students are not the “little children” mentioned in the Bible, some of Rev. Vicki’s congregants have a hard time keeping a charitable disposition towards these Generation Z students. Gen Zs have often been called Zers. Since so many in her congregation are Baby Boomers, you could say, “we all too often see things as the Boomers vs. the Zers,” she notes.

But Rev. Vicki cautions us that Jesus’ admonition about children very much applies to the Zers. “It is these stressed out, searching, sometimes alienated children who need community and support. For their sake and ours, let them come,” she admonishes us. And then Rev. Vicki offers a beautiful prayer: “For the precociousness and perspective of children of all ages, we give you thanks and praise. May we welcome them with joy and thanksgiving, blessing and honor!” 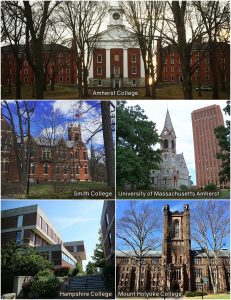 I can imagine that the resentment and anger Rev. Vicki has experienced from some Amherst-area residents is very real. The theme of grudges between “town and gown” is notorious and long-standing, whether it be Oxford and Cambridge or some American college communities.

The economist in me would like to point out to the good residents of Amherst that if it weren’t for their five notable institutions of higher learning, the Amherst-area economy would be on very shaky footing. Also, I was only in the Amherst area for about a week, and I could figure out side roads that avoided the worst traffic jams. It doesn’t take a Ph.D. to determine what dates of the year might not be the best times to do major shopping excursions in Amherst.

But this certainly is not to excuse all types of behavior by college students. For example, Rachel told me that as she was trying to enter one of the university’s dining halls, she saw two young men fighting with broken beer bottles. Rachel had the good sense to steer clear of this incident, and I hope the gendarmes arrived on the scene quickly to stop such behavior. 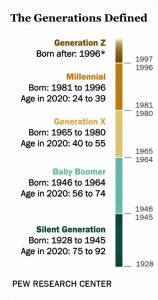 Nevertheless, Rev. Vicki’s column raised some interesting memories and concerns for me. I remember when I was a college student. My father died when I was 17 years old, and after that, I did not want anything to do with religion or spirituality. Until my mid-20s – after my undergraduate days – I was an agnostic/atheist!

There are times when I feel badly about this because during my undergraduate years, all I would have had to do was take a subway train down to Lincoln Center in New York City, and I could have heard Eric Butterworth preach on Sundays. Bill Wilson, the co-founder of Alcoholics Anonymous, was still occasionally speaking in New York City. I deeply regret that I never went to hear this spiritual pioneer speak. It was only in my mid-20s that I started to open up to spirituality and religion.

For many Gen Zers, Millennials, and Gen Xers, we will probably not see them entering the walls of our churches. But many of them are genuinely seeking. Many are spiritual but not religious, and I think many of them want what Unity offers.

That said, I think many of them will not come to us. It will require us to reach out to them! We can do this in many different ways. Rev. Dr. Martha Creek, a great Unity minister, led a fantastic session at the recent Unity Worldwide Ministries conference. She was discussing spirituality in the future and predicted that the “church of the future“ would be a “hybrid church.“ This means it will be both within a four-walled sanctuary and powerfully online. 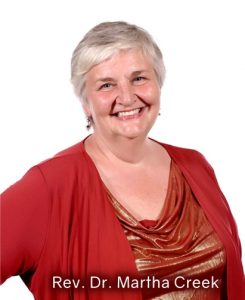 I believe that we will first reach many Zers, Millennials, and Xers by what we do online. Our online efforts are NOT some sideshow to “real” in-person church. Don’t get me wrong: I am a Baby Boomer, and for me, in-person church will never be replaced by online church. But many people who are younger than me don’t see it that way, and they don’t function that way. When we improve our online content and stop seeing it as a sideshow, then we will stand a better chance of influencing many people to come inside our sanctuary walls.

It will also mean that we must go to them beyond being online. It will mean going to college campuses and being active where Zers, Millennials, and Xers thrive.

A church that is exceedingly top-heavy in baby boomers is not in a healthy long-run position. Such a church could very easily and quickly become a museum piece.

But I am optimistic that our online presence will continue to improve. I am also optimistic that we will improve and expand by going to the places where Zers, Millennials, and Xers are.

Jesus said, “Let them come onto me.” Given the realities of this era, I believe that Jesus today would also say, “Let’s go onto them.” Jesus was not a hermit or a mystic on a mountain who expected people to make the trek to him. He made an effort to go where they were. I know we will get better at doing the same.

As we do this, I think we can vastly reduce any metaphysical tensions between – as it were – “town and gown.”