I guess most pop stars would spend a great deal of time thinking about how they could get themselves into the Rock & Roll Hall of Fame.

Located in Cleveland, the Rock & Roll Hall of Fame has become a Mecca for pure out-and-out rock idols. It also has included some artists – like Billy Holiday – who might only have a tangential relationship to rock.

Why is this Hall of Fame located in Cleveland, you ask? Well, the story goes that legendary disc jockey, Alan Freed, was one of the first – if not the first – to push rock music on the airwaves. Some say Freed coined the term rock-and-roll. Freed was big in Cleveland before he transformed radio in New York.

So here is Dolly Parton, up for election to the Rock & Roll Hall of Fame. She could be included with Elvis, Chuck Berry, Dylan, Eric Clapton, and Janis Joplin. This year, Dolly is on the ballot along with Pat Benatar, Dionne Warwick, Lionel Richie, and Duran Duran. 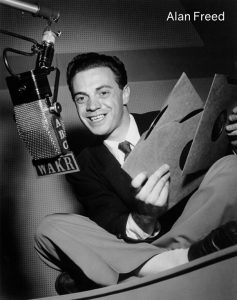 Many rock critics and aficionados believe that Dolly would be a “shoe-in” to get elected. And that is why many were surprised when Dolly said she wanted her name removed as a nominee for the Rock & Roll Hall of Fame.

In an Instagram post, the 76-year-old singer/songwriter said that she was flattered and grateful to have been nominated, but she feels she has not “earned the right.” Think about that for a moment. Dolly Parton – Working 9 to 5, more than 50 studio albums, and many Grammy awards to her name – did not think she had “earned the right” to be elected to the Rock & Roll Hall of Fame. “I do hope the Rock & Roll Hall of Fame will understand and be willing to consider me again – if I’m ever worthy,” she added.

Several people close to Dolly Parton said she did not feel she had done enough in the rock genre to qualify for a seat in the Cleveland hall. She saw herself more as a country/pop singer than a rock star. All I can say is, “Wow, how many other entertainers would have shown such clearheaded humility?” 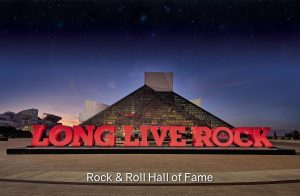 When I read about Dolly’s request to be removed from this year’s ballot, fond memories came back to me about the time I met Dolly Parton. It was several years ago, and the place was Pittsburgh. The United Way was holding its annual convention in the former steel capital of the world, and as a United Way staffer, I was looking forward to the meeting.

Many great thinkers and speakers would be on the program at these United Way conventions. It was also a time to catch up with old United Way friends and go out to dinner and let your hair down. 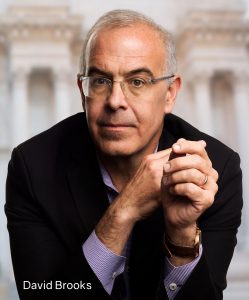 That year, one of the main speakers at the convention was The New York Times columnist and Public Broadcasting Service commentator David Brooks. I have gained so much from Brooks’ columns and books. He tends to be more conservative than me. But even if I do not always agree with him, he dares to ask the tough and central questions, I believe.

At every United Way convention, a speaker is assigned an “angel.” This “angel” is a United Way staffer who is there to answer any questions the speaker might have and make sure they get to the right place at the right time. I was honored to be chosen as David Brooks’ “angel” and enjoyed our conversations about spiritual values in the modern world.

David, it turned out, is Jewish and is active in a synagogue. He was pretty funny telling stories about getting his son Bar Mitzvahed. I also learned a great deal from David as he spoke about how he applied spiritual values to contemporary geopolitical issues.

David Brooks was not the only headliner at that Pittsburgh convention. Believe it or not, the great Dolly Parton and her band would also be on stage. For a moment, I fantasized what it would be like to be Dolly’s United Way “angel” – which of course, I wasn’t. But then I came back to reality: “You are David Brooks’ ‘angel.’ Count your blessings. Serenity comes from gratitude for what you have and not whining about what you don’t have – and never will have.” 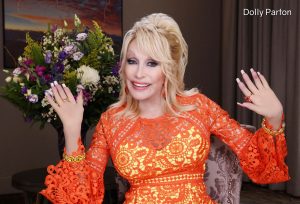 Why would Dolly come to a United Way convention? Plus, there were rumors that she was not charging United Way any money for her being there. Again, this gets to the nature of the kind of woman Dolly is. She is the founder of something called Imagination Library. This incredible nonprofit works to get books into the homes of people who cannot afford to buy books. Imagination Library places books in the hands of underprivileged and underserved children.

I was walking in the convention hall when the UW chief-of-staff rushed up to me and said, “Rick, get as many folks on your team as possible and go down to this room pronto. Brian (the CEO of United Way) and Dolly Parton want to speak with you!”

The reason Dolly was in Pittsburgh was to partner with United Way. She felt a partnership between Imagination Library and United Way would help her step up the distribution of books to children in need. I was being asked to this meeting because Dolly wanted to “speak with the numbers people.” So there we were – United Way’s market research team with Dolly Parton.

Dolly is smart as a whip. She asked us excellent questions about marketing trends, demographics, costs to do certain things, and more. “Oh, this will be a good partnership,” Dolly smiled. 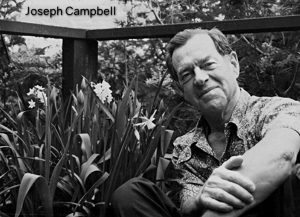 After discussing markets and numbers, Dolly started talking about her past. “We were dirt poor,” she said. But then she said something that struck me. “We might have been poor back then. But I always dreamed big and prayed big!” What an incredible outlook on life!

I have often thought of those words from Dolly Parton – “Dream big and pray big.” All too often, I think we let fear, scarcity, and lack thinking crowd out dreams and affirmative prayers. But as the great American teacher of mythology, Joseph Campbell, said, “What we truly want is in the cave that we really fear.”

One of my favorite lines in the Bible is in the apostle Paul’s letter to the Philippians. He wrote to them, saying, “I can do all things through Christ who strengthens me“ (Philippians 4:13).

I often think of Dolly and that afternoon in Pittsburgh when I think of these words. When I walked into the room to meet with her and the CEO of United Way, I was amazed by how short Dolly is. She is only 5 feet tall. But in so many ways, she is truly a giant.

I hope you Dream Big and Pray Big!