Dr. Tom’s Advice: Don’t Put The Lime In The Coconut!

Many years ago, the great singer-songwriter Harry Nilsson wrote, sang, and released a big hit called the “Coconut” song. I bet many of you remember it.

The amusing tune tells the story of a woman who has a serious stomach ache. She calls her doctor in the middle of the night to prescribe a remedy. But the doctor tells her to drink the same concoction that gave her the stomach ache in the first place. 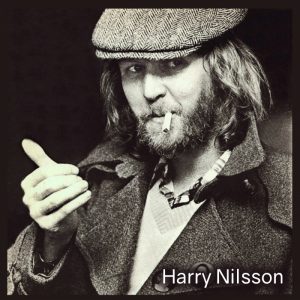 “Oh, you’re such a silly woman,” the doctor responds.

Well, Unity Magazine has an advice column that works a little differently from Harry Nilsson’s funny story. You should check out this advice column! If you have not looked at Unity Magazine lately, I suggest you give it a gander. It has been revamped and revised and has some excellent articles.

The September/October issue has an interesting cover article by Don Miguel Ruiz, Jr. He is the author of the much-read book, The Four Agreements, which explores ancient Toltec wisdom. 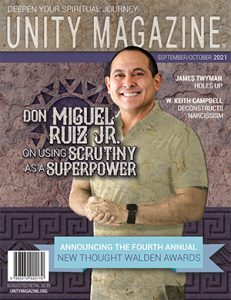 For many years I made Unity Magazine a part of my morning prayer and meditation readings. The forerunner of Unity Magazine has a very distinguished place in the history of the Unity movement. It was called Modern Times, and it was one of the first efforts by Charles and Myrtle Fillmore to spread Unity teachings.

Rev. Dr. Thomas Shepherd has written the advice column in Unity Magazine, “That’s a Good Question,” for many years. Dr. Tom, as everybody calls him, was my advisor at Unity Institute and Seminary. He was also my professor for theology/metaphysics and Christian history. He is the author of several outstanding books, including Jesus 2.1: An Upgrade for the 21st Century. For fun, Dr. Tom writes fast-paced science fiction books. His latest ones include The Star Lawyers series.

I read Dr. Tom’s column in every issue of the magazine. Recently one letter Dr. Tom received got my attention:

During these times, I have noticed that many of the people I have depended on for support in my life are gone or unavailable. My father has passed away; my doctor isn’t taking appointments; my best friend had a stroke. I feel so much loss and pain. How do I find new support and deal with the loss of others? 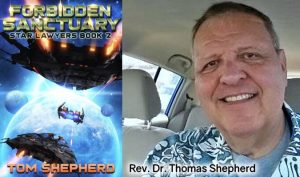 Dr. Tom’s response was so much in line with the deep and profound wisdom that I always valued in this dear teacher and friend:

First, give thanks for all the good still present in your life. Then list what you are grateful for. Next, release all the disappointments, loneliness, and pain. I am not saying don’t feel it – hurting is a natural consequence of being alive. Just don’t dwell on grief and despair. Find a centering prayer as a default response to life’s difficulties. The Bible is full of great affirmations. Paul’s Letter to the Philippines overflows with them: “Rejoice in the Lord always; again I will say Rejoice,” “Do not worry about anything.” “I can do all things through him who strengthens me” (4: 4, 6, 13).

Finally, reach out to others, Social networks, use the phone, meet in person when it is safe. You are never alone. My favorite verse from Philippians chapter 4 says, “And the peace of God, which surpasses all understanding, will guard your hearts and your minds in Christ Jesus” (4:7).

I do think there are times when we fall into the pit of despair – or even into the sagging armchair of despair – and we can be in a crazy loop like Harry Nilsson’s “Coconut” song. Our egos, like the doctor, prescribe us more of the same things that got us into the mess in the first place. It takes many, many rides on the same Merry-go-round before we learn our lesson for plenty of us.

Thank goodness Dr. Tom is not suggesting that we “put the lime in the coconut and drink it all up.” As we approach the significant holiday of Thanksgiving, I suggest we follow Dr. Tom’s advice. No, it is not too soon to start listing the many things we are grateful for – and yes – I believe that written lists often have more power than just thinking or saying the words.

Beyond the big things we are grateful for, it is important to list some of the little things that we might take for granted – a warm bath or shower; the ability to get ourselves to the bathroom; and the fact that most of us at Unity of Roanoke Valley have “three hots and a flop” (I.e., three meals a day and a place to sleep). 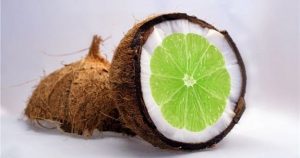 When we can start living in an attitude of gratitude, we are much more likely to feel that deep abiding joy that the Dalai Lama and Archbishop Desmond Tutu talk about so eloquently. But the rest of Dr. Tom’s advice, I think, really rings true as we enter this holiday season. It is essential to reach out and be of love and service by all the means he listed. The holiday season can be the loneliest time of the year for many, and I think this is made even more potent in this lingering era of COVID-19. I will have more to say about “Blue Christmases” in future blogs/columns.

Let me give you a quick and early holiday gift. If you haven’t listened to Harry Nilsson’s song in many moons, or if you’ve never heard it, why not click here: Coconut by Harry Nilsson