It is hard to overestimate the importance of Ernest Hemingway on writing.

As he loved to be called, Papa Hemingway said that all good American literature flows from one great book: Mark Twain’s The Adventures of Huckleberry Finn. In a similar vein, I believe it is possible to divide literature into two groups: BH and AH (i.e., Before Hemingway and After Hemingway). 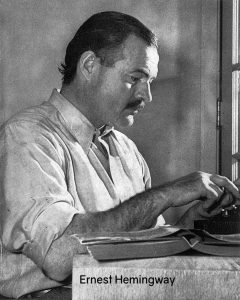 Yes, there are some exceptions to the above-stated rule. But they remain exceptions, and these detours have mostly gone down a road that has led us nowhere.

I believe that Hemingway’s stylistic improvements have been far more important than the combined influence of James Joyce, Samuel Beckett, and T.S. Elliot. Hemingway’s influence on the written word has extended well beyond novels and other forms of fiction.

For example, in the Unity movement consider writing that was BH compared to prose that was AH. Charles Fillmore, the co-founder of the Unity movement, is a great example of a BH writer. You can say many wonderful things about Charles’ ideas. But his prose style is often like a turgid gravy that a modern cardiologist would suggest we avoid. Compare Charles’ prose style with an AH Unity writer like Eric Butterworth. Eric’s style is lean, crisp, and clear.

I would go so far as to say that Hemingway’s influence extends well beyond the written word. Look at early – or earlier – films compared to more recent movies. In general, the editing has become much tighter and leaner. The dialogue has become much closer to how people actually speak and how real conversations flow. I believe that Hemingway has had a major influence on all of this. 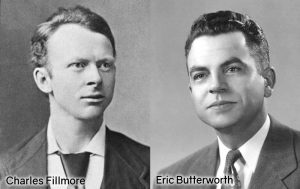 It is fitting that the great documentary filmmaker, Ken Burns, has just devoted a new three-part PBS series to the life of Ernest Hemingway. It is an excellent film series that you can stream at home.

I remember some years ago, a wealthy Wall Street investment banker friend (from my parent’s generation) said to me, “Rick, I just had dinner with somebody from your generation who is interesting, intelligent, and literate beyond Bob Dylan and the Grateful Dead.”

“Ken Burns. His next documentary is about baseball, and he was hitting up our firm for money,” he smiled. 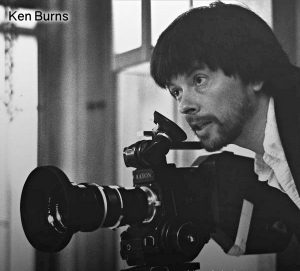 I also remember watching the Ken Burns series on the American Civil War with my youngest son. Burns could take old photographs, music, great narrators, historians, etc., and make them – and stories about the Civil War – come alive. Ironically, it was very Hemingwayish magic.

Burns lives in Walpole, New Hampshire. Several years ago, I was in Walpole, and there walking towards me was none other than Ken Burns himself. I wanted to shake his hand and tell him how much his documentary films have meant to me. But I didn’t stop him. Did I chicken out, or did I want to respect his privacy? Probably it was a little bit of both.

The Ken Burns series on Hemingway reminded me of something that I think is very important when considering great and famous men and women – and not so famous men and women. To borrow and shift a phrase from Hemingway’s classic – The Old Man and the Sea: It is Kosher to take somebody hook, line, but not sinker!

We don’t have to “buy” the entire package. We have the power of discernment to pick and choose. As they say in 12 Step fellowships, “Take what you like and leave the rest.” Myrtle Fillmore, the other co-founder of the Unity movement, one time was charged with being eclectic. Her response was: Yes, she was eclectic, and she was very proud of being eclectic.

I take back nothing on what I said above about the importance of Hemingway’s writing style. But the Burn’s series so reemphasized for me the tragedy of how this brilliant writing style was used to support petty egotism, senseless killing, cruelty, raging alcoholism, and a phony concept of masculinity. Hemingway created a false god, and when it failed him, he committed suicide.

Stylistically I am glad to walk down his road. But in so many other ways, I believe that Hemingway has shown us a path to avoid like the plague.

Let me take another example: Thomas Jefferson. When I was a kid, it was hook, line, and sinker for Jefferson. The more we recently have learned about Jefferson, we might take the line and sinker, but we might leave the hook. 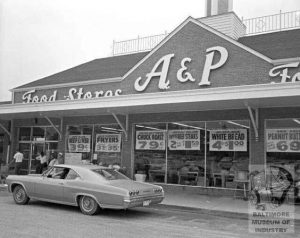 What is coming to me now is the image of how my mother shopped for groceries. She didn’t buy everything in one store. She bought a little bit of this at the A&P and a little bit of that at the Safeway. For this type of meat, she would shop at Joe the Butcher, and for these kinds of vegetables and some other type of produce she would shop at the small store owned by a Korean-American family. Some things she would buy at Marvin’s Mart. But then she would tell me, “Rickey, never buy ‘X’ at Marvin’s Mart.”

I see great metaphysical wisdom in my mother’s grocery shopping patterns. We have the power of discernment and the right to be eclectic – just like Myrtle Fillmore!