Finding Hope in Crisis: Keep Doing the Next Right Thing!

Once upon a time, there lived a poor single parent on welfare. But she had a dream and a fantastic idea for a series of books. 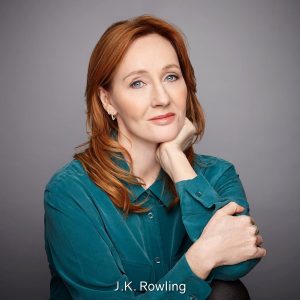 That person was J.K. Rowling, and her Idea was, of course, the world of Harry Potter. Before the pandemic, the British Library in London exhibited some of Rowling’s early drafts, including several handwritten chapters. There were even some early sketches of Hogwarts.

With 20/20 hindsight, you would think there must have been a line of publishers outside Rowling’s door just begging for the opportunity to print her novels. If you envisioned that, you would be wrong.

I remember when I realized the Harry Potter series was a blockbuster with the incredible magical power of enticing youngsters to read. If memory serves, it was the fourth or fifth book in the series. The release was scheduled for midnight. There were long lines outside of several Washington D.C. bookstores opening at the witching hour to sell their entire new Harry Potter stock to young and old fans.

Meanwhile, my youngest son – now in his 30s – went to a Harry Potter-themed birthday party. He was thrilled to play Quidditch while there. Our visit to Universal Studios and the multi-million dollar Wizarding World of Harry Potter was another highlight. 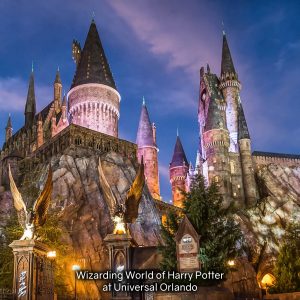 There is an old rhyme:

Seven cities claimed the great Homer when dead.
But the living Homer had to beg for his bread.

Not that J.K. Rowling is begging for her bread, but way back when, 12 publishers rejected the manuscript for her first Harry Potter novel. It hurt to have rejection pile up on rejection. But deep down inside, she knew the value of her dream, and she kept on keeping on.

Finally, the publisher Bloomsbury agreed to print the first Harry Potter novel. At first, Bloomsbury only printed 500 copies of the book. But the number of copies printed soon expanded as more people became hooked on Harry Potter.

The rejections experienced over Harry Potter are not unusual in the world of publishing – or life in general. For example, consider the case of Grace Fox. I like some of Grace’s writing, and I have found her work to be deeply spiritual.

Grace’s life is a little unusual. She lives on a 48-foot sailboat moored at a marina near Vancouver, Canada. She and her husband Gene have shared this teenie space for four years. She jokes that they are still best friends and just celebrated their 40th wedding anniversary. 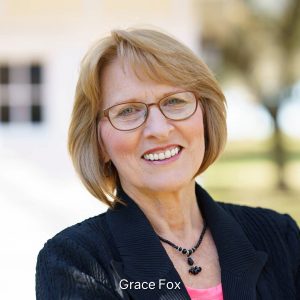 Grace has trained church leaders in the Middle East and been on mission teams in Eastern Europe. She is the author of 10 books and is a member of the writing team for First 5, a Bible study app.

A few years ago, she felt Spirit speaking to her about a specific book project. She wrote up a book proposal and brought it along to a writers’ conference that she was attending.

Grace showed the proposal to three editors at the conference. “One invited me to email it to her. I did but never received a response. The other two shared it with their publishing committees, who said, ‘No, thank you,’” she said.

“I felt disappointed. The book’s concept had lived in my head for months. Had I not developed it in obedience to … Spirit’s prompting? Or had I just concocted it myself? Perhaps my book-writing days were over. I filed the proposal and went on with my life. Every so often, the title came to mind, and I sensed the need to change it. I toyed with various ideas, but nothing grabbed me,“ Grace remembered.

Almost two years later, one of Grace’s friends told her about caring for a woman battling end-stage cancer. “As she spoke, a title randomly popped into my mind, Finding Hope In Crisis. This one gripped me. I went home, updated the proposal with renewed enthusiasm, and added the new title,” she said.

Grace’s literary agent submitted the proposal to several publishers. Also, a new fundamental reality swept the planet: COVID-19! One of the publishers had just seen one of their projects fall through the cracks. This publisher was not only interested in publishing Grace’s new book, but asked if she could work with them to “fast track“ Finding Hope In Crisis. 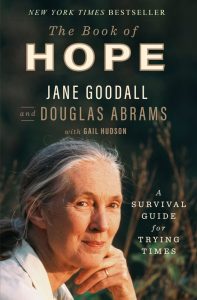 Grace said she now understands why a project she felt called to do by Spirit went through the twists and turns it did. The title and thrust of the book had to be sharpened. Also, the book would do far more good coming out during a pandemic. Grace’s experience reminds me of the importance of Divine Order and “Thy will, and not my will, be done.” It also reminds me of the importance of the powers of faith, endurance, and zeal – not to mention imagination!

The above stories of J.K. Rowling and Grace Fox show the importance of HOPE – especially in a crisis! We just started a new Sunday series based on Jane Goodall and Douglas Abrams’ wonderful work, The Book of Hope.

Goodall (world-famous naturalist and environmental/social justice activist) and Abrams (coauthor with the Dalai Lama and Archbishop Desmond Tutu of The Book of Joy) believe there are solid reasons for hope even when times seem dark.

J.K. Rowling, Grace Fox, Jane Goodall, and Douglas Abrams have convinced me that we should keep doing the next right thing – especially when times seem tough!