Forgiveness: Where The Rubber Meets The Road

I imagine that many of you have heard the saying: “Holding on to resentment is like drinking a bottle of poison and expecting the other person to die.”

I suspect that most of you – if not all of you – would agree with the wisdom of this aphorism. However, I also suspect that while many of us (and that includes me) believe this, we often have a difficult time putting this principle into action when the rubber meets the road.

This is what Unity’s 5th Principle is all about. It is not enough to know this stuff intellectually. We need to put these principles into action in the midst of “front line” situations.

I remember when my wife, Debbie, would say to me, “Rick, you sound resentful about ‘X.’”

“Your tone of voice, your facial expressions, and the entire posture of your body,” she would respond.

“Well, I am not resentful. And you can take your own inventory if you’d like,” I would snark. 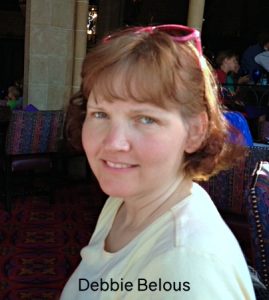 A day or two later I would sheepishly come up to Debbie and say, “Remember when we were talking about ‘X’? … Well, I’ve been thinking: Maybe I still have a wee degree of resentment about it….”

Not only had I been hanging on to a major resentment, but I was not really willing to consciously admit or feel that resentment. Then I could admit to a very small hardness of heart about it. It was only, say, a week later that I admitted ‘X’ was really a major festering sore inside of me. It was several weeks after that when I was actually willing to do the forgiveness work that Jesus, and all of the great enlightened masters, encourages us to do.

There is a reason why our Way Shower and all of the other spiritual teachers spent so much time on the topic of forgiveness. It is so central and a key foundation for our spiritual growth.

Recently, I was in the basement of our house with my seven-year-old daughter, Therese. She was swinging around on a basement pillar, and she asked me what would happen if the pillar fell down. First, I told her that I doubted the pillar would fall down from her swinging on it. But second, I said that if this pillar fell, the house would still stand because the pillar was not carrying a lot of the house’s weight.

Then I showed Therese another pillar in the basement. “If this pillar were to go, you could expect a lot of the house to start caving in. This pillar is a central load carrier,“ I pointed out. Similarly, forgiveness is a central load-carrying pillar of our spiritual house. Medieval cathedrals have been able to stand for centuries because of flying buttresses that carry away much of the massive weight of the stones. 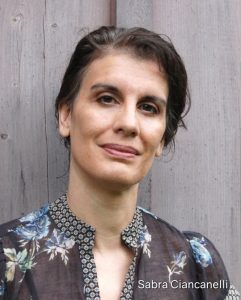 I am always on the lookout for teachers who can help me get better at growing a forgiving heart. I don’t want to be like the pharaoh in the Bible who had a “hardness of the heart.“ For these reasons, I was recently struck by the advice of Sabra Ciancanelli, who is an editor of Guideposts magazine. Guideposts is a journal that Rev. Dr. Norman Vincent Peale founded.

Sabra explains some of her challenges with forgiveness. A classmate stole one of her favorite toys in kindergarten – a small cat figurine. Usually, Sabra kept it in her pocket to give herself a feeling of safety and comfort, like a security blanket.

Decades may have passed, but Sabra still had this feeling of being violated. She was at her 20th high school reunion when she saw the woman who stole the cat figurine. All of the old feelings flashed inside of Sabra.

Later that night, both Sabra and the former kindergarten thief were side-by-side in the food line. “I remember you,” The woman said to Sabra. “I almost didn’t come tonight. I hated school. Glad I’m here, though,” she added.

During the reunion, Sabra did some deep Forgiveness work. “I forgave her. Just like that, the resentment I had carried for years disappeared. Sometimes forgiveness just happens; other times, it takes effort,” she commented.

Sabra listed some excellent tips about how we can let go of our anger and resentments and “grow a more forgiving heart.” I have followed many of her suggestions, and I have discovered that they work – at least for me. Maybe some of these will work for you too.

Sabra suggests that we: 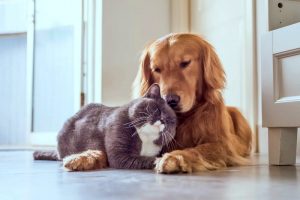