Frances Melson and the Power of “The Ask”

I first met Frances Melson during my United Way days. I headed up research and economics, and she was a powerhouse in resource development.

She was a great teacher and back in those days I needed a great deal of mentoring when it came to the art and science of fundraising.

I remember her gentle laughter one time after she heard my so-called “elevator speech.” The exercise involves pretending you are with somebody in an elevator and you have just a short time to interest them in supporting and donating to, your cause or project.

“What is so funny,” I asked Frances?

“Well, Rick you forgot to make ‘The Ask.’ In fundraising that is essential. After all, you are asking somebody to give or do something,” she said smiling at me. It was good training. 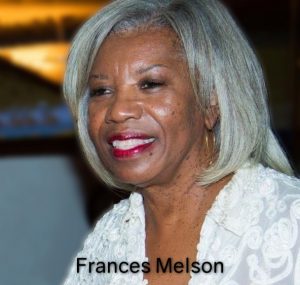 There is a story about Tip O’Neill, who was the Speaker of the House. His district was in Cambridge, Massachusetts, and nobody could beat him in his district. He was campaigning in Cambridge a few weeks before the election, and a friend came up to him and asked, “Why are you campaigning so hard? The people are going to vote for you.”

The House Speaker responded, “Yes, I know they are going to vote for me. But they still like to be asked.”

Well, I learned a great deal from Frances, and I got a bit better at fundraising. I even reached a point where I was going around the country speaking to local United Way executives and telling them, “Our donors are very much like my children. My kids are very good at heart. But I have to ask them every week to take out the garbage. Otherwise, the smell would be horrible.”

I have actually become a stickler on and an aficionado of “Asks.” Have you gotten a fundraising letter where you have to read paragraph after paragraph before you even know what they want you to do? I much prefer to be presented the “Ask” right upfront. Then one can take several paragraphs to justify the “Ask.”
Frances is African American, and she has always been calm and cogent in terms of racial issues. I would use the words realistic and sober to describe Frances in terms of social issues. She was a key United Way representative to our Fortune 50 corporate donors. For all of these reasons, I was quite taken by one of her recent posts on Facebook. She shared something written by the author Rex Johnson. It reads as follows: 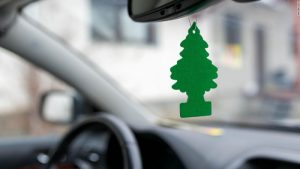 “I need to run some errands. To ensure I arrive alive, I won’t take public transit (Oscar Grant). I removed the old air freshener from the vehicle and double-checked the status of my registration (Daunte Wright), and ensured my license plates were visible (Lt. Caron Nazario). I will be careful to follow all the traffic rules (Philando Castile), signal every turn (Sandra Bland), keep the radio volume low (Jordan Davis), and I won’t stop at a fast-food restuarant for a meal (Rayshard Brooks). 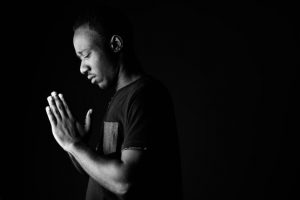 I am too afraid to pray (Rev. Clemente C. Pinckney) so I just hope the car won’t break down (Corey Jones). I’ll make sure not to dance (Elijah McLean), stop to play in the park (Tamir Rice), patronize the local convenience store for snacks (Trayvon Martin), or walk around the neighborhood (Mike Brown). Once home I won’t stand in my backyard (Stephon Clark), eat ice cream on the couch (Botham Jean), or play video games (Altatina Jefferson). I guess I’ll watch a movie around 7:30 PM, but I won’t leave the house to go to Walmart (John Crawford), or to the gym (Tshyrand Oates), or jog (Ahmad Arbery). I won’t even walk to see birds (Christian Cooper). I’ll just sit and remember what a blessing it is to breathe (George Floyd), and I definitely won’t go to sleep (Breonna Taylor). BECAUSE WE HAVE BLACK SONS AND BLACK DAUGHTERS … ULTIMATELY BECAUSE WE ARE BLACK.”

After reading Frances’ post of Rex Johnson’s writing, I wondered what the Ask would be? I think it would be that sanity be restored to our land. That non-white parents do not have to have “the talk” with their kids (“When pulled over keep your hands on the steering wheel and speak respectfully. Be courteous. Don’t make any sudden moves. Don’t get angry. Don’t do anything to escalate the situation.”) As a white father, I never had such a conversation with my older children. But my high school daughter, Rachel, is hoping to take driver’s ed this summer. I’ve already had such a serious discussion with her!

I respect the Second Amendment to the Constitution. But I think the Ask would also include some sanity in terms of gun regulation and firearms in our society. I also think the Ask would be about what we can do on a community and individual level to reduce the level of violence in our society. There may not be easy answers, but to quote the prophet, Isaiah, “Come let us reason together.” I suspect the Ask would also be for more fairness in community policing and that white people understand what the situation looks like from the eyes of those in the minority.

While at United Way, both Frances and I worked with a young researcher named O.J. Johnson. O.J. is the son of an African diplomat, and his family lived in McLean, Virginia (McLean is the town where the Kennedy compound was located and where all those touch football games with JFK, RFK, and Ted were played. Many “movers and shakers” live in McLean.) O.J. told us about all of the times he was stopped and told to pull over. I was amazed.

Yes, there was the recent guilty verdict in the Derek Chauvin trial. On the day when the verdict was made public, I heard an interview with a lawyer representing the family of George Floyd. He said that he has been involved in several hundred cases like this one in his legal career. But in fewer than five of those cases has a jury returned a guilty verdict! 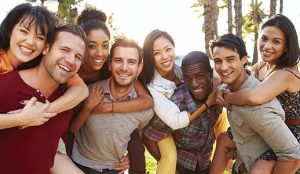 For better or for worse – and I believe it is for better – we are all going to be living in an increasingly multi-racial and multi-ethnic society. This could truly be one of our greatest strengths in an increasingly globalized world. We have an opportunity to forge a nation that can continue to lead and play a unique role in the world community. Or we can become a highly dysfunctional morass of hate, violence, and exclusion.

I don’t expect that Unity Of Roanoke Valley by itself can solve all of this. But I do believe that our spiritual community has a role to play. Let me make two suggestions:

First, we will soon start a URV group devoted to Neighbor Helping Neighbor. Please consider joining us in these efforts of compassion and love. Many of you have already come forward in terms of the Giving Room!

Second, we close our services with the singing of the Peace Song (“Let there be peace on earth, and let it begin with me.”) Let’s really meditate on what these words could mean for both our community and for us on the individual level. Let’s not have these words just be “mumble words.“ Let’s really take them to heart. Unity‘s fifth principle is about walking the walk and not just talking the talk. I think this is a key Ask that Spirt is making of us.