Getting Over Being Vulnerable To The Disapproval Of Others

So we are in the thick of the political season with the midterm elections fast approaching.

I want to tell you two political stories. I promise they are non-partisan tales and contain spiritual lessons for us regardless of whether we are liberals or conservatives.

The first story involves Gwen Ford Faulkenberry. She lives in the Ozarks in Arkansas and is an author, a college lecturer, and a blogger on modern spirituality. I started reading her blogs and was intrigued by her columns and observations.

She was not a political junky by any stretch of the imagination. But her friends convinced her that she should run to become a representative in the Arkansas state legislature. “We need non-politicians with your zeal and values in the legislature,” they said to her. 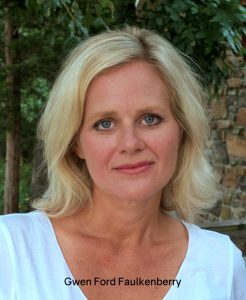 So in 2020, Gwen ran for office. One of the beauties of a blog on the Internet is that I was able – in 2022 – to go back and read some of Gwen’s blogs that she wrote while she was running to become a state representative in 2020.

“When I was a kid in school, I was always trying out for something. I won sometimes, and I lost a lot. The older I got, the more sense I acquired, at least in that department, and it’s been a long time since I’ve made myself vulnerable to the approval of others on any large scale. Maybe that’s why I was reluctant to enter a local political contest and why the race itself is so terrifying. Every single day I ask myself what in the world I’ve gotten myself into,” Gwen wrote.

Making yourself vulnerable to the approval of others was hard for Gwen, and I suspect it is also difficult for many of us. It is far easier to stay in the cocoon of a small comfort zone. However, we don’t grow if we do that.

Gwen said that when fear raised its head during her campaign, she spent time renewing her connection with Spirit. She wrote that Spirit never promised that she would win the election. But Spirit did promise always to be there with her. Because of this, Gwen realized she could “walk through this – and every other situation – fearless.” 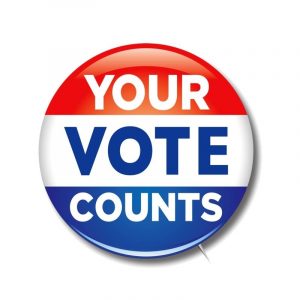 I enjoyed reading the blogs written during Gwen’s 2020 campaign. It was at the pandemic’s peak, and she was very creative in coming up with new ways of campaigning. For example, she started something called “Riverside Chats.” These were online “meetings” where anybody could join the sessions and ask questions. Talk about making yourself vulnerable!

Gwen wrote, “What is really important to you right now, and what if it doesn’t work out? Sit with that for a minute.” Then she suggested that we insert God’s hand there in the middle of it all. “Visualize the truth every day, and you’ll be ready to face anything,” she said.

As I read her blog, I came to election day in 2020. I so much wanted to read that she won her election. But the election results showed that Gwen not only lost the race but was also trounced. Gwen received only roughly 30 percent of the vote, and her opponent garnered about 70 percent of the votes.

More recently, Gwen has been able to refer to herself humorously as a “failed politician.” I wish I could tell you that when we walk hand-in-hand with Spirit, we always get what we want. That does not appear to be the case. However, when we have that deep connection with Spirit, we do not have to fear or be vulnerable to the disapproval of others. As the Psalmist put it, “Delight in the Lord, and you will have the desires of your heart” (Psalm 37:7). 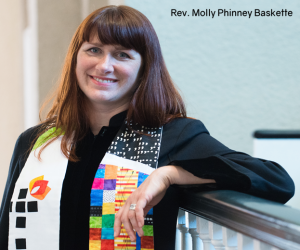 The second “political” story I want to share shows how we can “win” even when it seems that we have “lost.” This story comes from Rev. Molly Baskette, who is the lead pastor of the First Congregational Church of Berkeley, United Church of Christ

Rev. Molly has a good friend who became a representative of her state legislature in 2018. Before winning her first election, this friend’s chief qualification to be a lawmaker was that she had previously run a church camp for many years. Her friend knew “how to herd cats, handle conflict, cast division, and sing while doing it all.”

Rev. Molly‘s friend kept voting her conscience in the state legislature, and she did not always follow the dictates of her party’s political leaders. Of course, this got her into trouble with the bosses, and as a result, she was literally moved to the back rows of the state house’s floor.

“She told them about why she was voting the way she was on critical justice issues and judicial appointments. And she began flipping (some representatives from the other party to voting her way) … In what used to be a hostile, polarized political environment, new relationships are forming. Hearts and minds are being opened,“ Reverend Molly reports.

“Being moved to the back of the room is not always punishment. It might be just the place God needs you,” Rev. Molly points out. 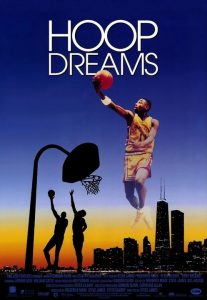 These two stories remind me of a powerful documentary I saw several years ago called Hoop Dreams. The movie followed the paths of two talented Chicago inner-city high school basketball players. Everybody thought these young men would have incredible careers in the National Basketball Association.

In a typical Hollywood movie, they would have faced difficult challenges and overcome each one. The final scene would show them winning NBA championships or being inducted into the Basketball Hall of Fame.

Instead, in Hoop Dreams, both young athletes never make it to the NBA. Something happened to each of them that they could not overcome, and as the political stories told above, they lost their “elections” by more than 70 percent and/or were consigned to the “back of the room.” Life can have a way of doing that.

However, be it politics, sports, show biz, business, or even social work or the ministry, we do not have to be vulnerable to the disapproval of others. 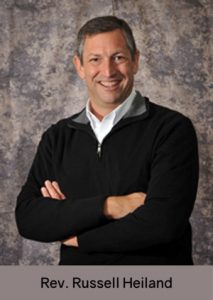 The key questions are:

Having the above and truly relying on these powerful resources can make all the difference. During the height of the pandemic, I heard one of my spiritual mentors – Rev. Russell Heiland, the senior minister at Unity of Fairfax – ask the following question: “How can what is before us be for us?”

I think when we are playfully trying to answer Rev. Russ’ question, we are less vulnerable to the slings and arrows that will inevitably be shot at us in the material world.