Many months ago, URV member Ann Turner came up to me and said, “I have an idea for a new group we should do at Unity of Roanoke Valley.”

“It would be a group that deals with grief. You and I have both lost spouses through death. But this group wouldn’t just be about the death of a partner. It would be about all types of grief such as health-related challenges, financial and family issues, seeing a dream evaporate – we would deal with all types of grief,” Ann explained.

I thought the idea was fantastic, and Ann and I made plans to get the group started. I told my daughter Rachel about it, and she said, “I’d really like to go to the group because I’m graduating from high school this year, and I feel a lot of grief over my high school time.” 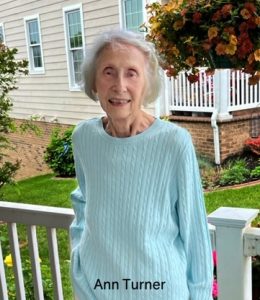 Since the group meets on Tuesdays at URV at 10:30 am, I had to tell Rachel that missing high school classes was not an option. “Seriously, Dad, I have not had a normal high school experience, and I feel grief over that,” Rachel explained.

In fact, Rachel has not had one normal year of high school. In her freshman year, when we were in Tulsa, the Arkansas river overflowed its banks, and the school year ended very early as parts of the city remained flooded. The Oklahoma teachers’ strike happened during her sophomore year, and schools were shut down once again for an extended period. In her junior year, there was the full impact of the pandemic, which was followed by a crazy senior year.

Interestingly, Ann Turner also didn’t have a normal high school experience. For Ann, growing up in England, it was World War II. Despite the different times and different countries, Ann and Rachel have a lot in common about their teenage grief experiences.

Through pastoral counseling, I have learned that nobody – and I mean nobody – comes through this thing called life unscathed! There are tragedies, injustices, serious disappointments, and broken hearts in all of our lives.

There is something called the “second arrow” in the Buddhist tradition. That great Buddhist monk, Thich Nhat Hanh, explained it this way: We are all going to be shot with “first arrows” (I.e., divorces, illness, slander, unemployment, etc.), and the “first arrows” can hurt. 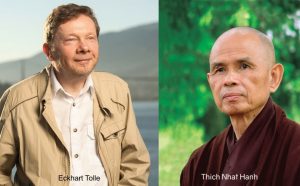 But what causes us long-term injuries and severe pain are the “second arrows” that we shoot into ourselves (e.g., Why do these things always happen to me? If only I had done X. How will this look to others? I can never fix that mistake, etc.) How we react to the “first arrows” – by shooting “second arrows” – determines if we will be diminished or grow from our grief experiences, Thich Nhat Hanh insisted.

Eckhart Tolle backs up this Buddhist observation. In his excellent book A New Earth: Awakening to Your Life’s Purpose (which the URV Book Club is currently reading), Tolle says that it is never the situation itself that causes us the real pain. It is the stories that our ego tells about the situation that causes us long-term grief.

The URV Grief Group begins our get-togethers with an opening prayer and some meditation. Then we go around the circle and talk about our week that was. What went right? What were the joys and challenges? What issues are bringing up some grief for us? Of course, this is based on strict confidentiality, and this sacred trust has not been broken. 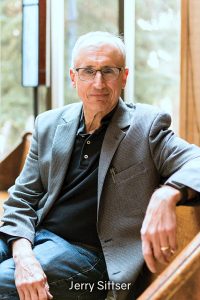 It has been such a thrill to see many group members apply spiritual principles and get through hard things with flying colors. We all share in the joy of major accomplishments. I have enjoyed the sense of camaraderie and humor within a so-called grief group.

After we go around the circle, we then have a reading from a book that deals with grief-related issues. Currently, the group is reading from a wonderful book written by Jerry Sittser, A Grace Disguised: How the Soul Grows through Loss.

Dr. Sittser is a professor emeritus of theology and senior fellow at Whitworth University. He holds a master of divinity degree from Fuller Theological Seminary and a doctorate in the history of Christianity from the University of Chicago.

Profound loss and grief came in an instant to Dr. Sittser when a tragic car accident took the life of his wife, mother, and daughter. A drunk driver sped across the center line at 85 miles an hour and crashed head-on into Sittser’s car. The drunk driver survived the impact, but the driver’s pregnant wife was killed in the crash.

Jerry experienced waves of overwhelming grief, and he wrestled with some of the deepest questions a person can ask. He realized that he could not go back to the way it was before the accident, and he also realized that this tragic experience could destroy him. Instead, he used this time to understand some key lessons that grief has for all of us. 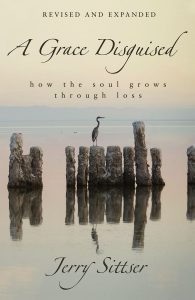 Dr. Sittser concluded that the soul could grow despite deep losses. His book was first published 25 years ago, and the revised and expanded second edition was released in 2021. It really has become a minor classic.

Some of Jerry’s key findings include the following:

~ It does not make sense to compare who’s loss was worse. A loss is a loss.

~ Many people find that their spiritual lives become deeper and more enriched through tragedy than they would through comedy.

~ In one sense, many of us will not entirely get over the grief we have to walk through. But intensities can change, and we can start to find meaning even in deep grief situations.

I love our little grief group, and I have gotten much from it. But I believe that many more people at URV would benefit by dealing with their grief.

You are not alone. One of the greatest predictors that somebody needs to deal with grief is that this somebody has been born.

Also, I hope more people follow Ann Turner’s lead and step forward with great ideas for groups, workshops, and classes. I know many of you have great ideas for things we could be doing at URV. Thank you in advance for your suggestions. It does take a village …