Guidance From Spirit: “Intuitively, We Will Know How To Handle Situations Which Used To Baffle Us!”

Dianne Neal Matthews is an interesting writer who covers spiritual subjects, and she has certainly got me thinking about spiritual guidance. 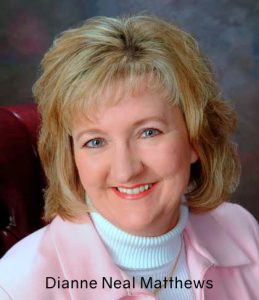 Dianne began seeing herself as a writer when she picked up her first chunky pencil and lined paper tablet at the age of five. Her dream became a reality when she finally attended a writers’ conference In her mid-forties. Since then, she has made up for lost time by contributing to 19 books, including her book of daily devotionals. Some of her insights have moved me.

Recently, Dianne wrote about her pastor, who was on a church mission team in a developing nation. Instead of “going home or back to headquarters,” her minister felt strong spiritual guidance that he should go down a particular road. His guide and translator said that nobody lived on that road, and it would be pointless to go in that direction.

The minister insisted, and as they walked down the seemingly abandoned road, they ran into two men who needed care. The minister introduced himself, and one of the men responded, “I’ve been expecting you.“

This man said he had dreamed about a foreign man who would visit him and that he should listen to what this man had to say. This meeting on a seemingly abandoned road not only had a real positive impact on these two locals, but it opened up Dianne’s minister to the real power of spiritual guidance.

The story also had a significant impact on Dianne. She writes, “Despite my noble intentions and worthy ambitions, my personal agenda will always pale in comparison to God’s plan for my life.” She adds that when she makes following Spirit “my first priority … my days become full of divine appointments.“ She said that when we are open to Spirit’s guidance, we never find ourselves “on a dead-end road.” 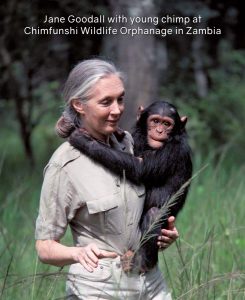 In recent weeks we have been looking at Jane Goodall’s latest book, The Book of Hope, during our Sunday services. I believe this book is essential reading and has something to say to us as we go through our current conditions.

Besides being one of the world’s leading naturalists, and her significant findings from observing chimpanzees in the heart of Africa, Dr. Goodall has become a social activist in the areas of the environment, endangered species, and social justice. She is comfortable thinking about all of this as “neighbor helping neighbor.”

Besides giving solid reasons for hope – despite the challenges we face – Jane tells of many experiences she has had with a spiritual force greater than herself. This spiritual force has saved her life and led her to make some of the wisest decisions ever.

My middle son, David, is an atheist, but I have found a way of speaking with him about this higher level of consciousness and synchronicity. David can see it as a higher intuition that we all have. But we are often closed off to this higher intuition for various reasons. God forbid one should call it prayer, meditation, or centering to my son.

Nevertheless, these things seem to work in gaining more spiritual guidance. But if it walks like a duck and quacks like a duck …then it might just be a duck. 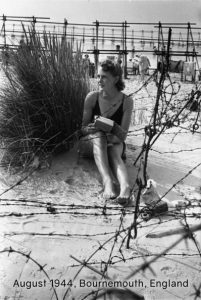 Let me give you some of the incredible experiences that Dr. Goodall mentions about this spiritual force acting in her life: 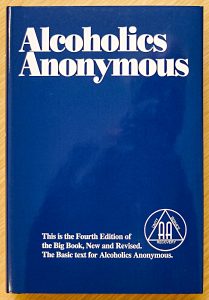 The Book of Hope is full of examples, like the ones above, where Dr. Goodall experienced this spiritual guidance. I would not be surprised if many of you reading this blog could name instances where you, too, have experienced this saving force.

I love how the central text of Alcoholics Anonymous (known as the Big Book) puts it. The Big Book promises that as we grow in spirit, we will “intuitively know how to handle situations which used to baffle us.”

I don’t think we can force or control this spiritual guidance into our lives. Even Mother Theresa went through periods when things went dry, and there seemed to be no flow from Spirit. Yes, even saints must go through long dark nights of the soul!

I think there are things we can do to cooperate with this spiritual guidance. We can do things that will make it more likely that we will connect with this incredible wisdom. Let me suggest several things: 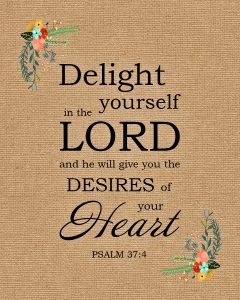 It is easier to say “Thy will be done” when we truly believe that we are dealing with a loving God whose desire is (as Jesus put it) “to give you the kingdom.” But as the Psalmist wrote so long ago, “Delight in the Lord and you will have the desires of your heart” (Psalm 37:4). It was true back then, and it is still true in the 21st century.