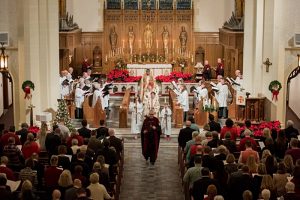 I have a guilty secret to confess. Roughly three times a year I get a real urge to go to HIGH CHURCH!

I mean bring out the incense, the gold and silver candlesticks, the Russian Orthodox Bibles in silver inlaid covers, full choirs – and not just one, but two – a second choir in the balcony next to the trumpets and a full complement of brass instruments. Let’s not leave out the organ with its multifarious metal pipes reaching for the sky. Oh, and don’t forget the full detail of altar boys and girls dressed in white robes, followed by enough priests to make a complete football team.

“And also with you.” 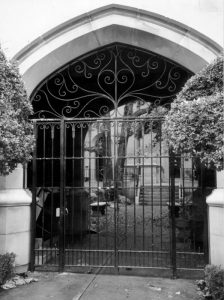 I remember my last HIGH CHURCH service in Tulsa before I came to Roanoke. Our Unity Christmas Eve Service was held at 5:00 pm. “You have to do it at 5:00 pm,” a principal board member told me. “Not at 7:00 pm because that is too late!”

Afterward, I then went out to dinner with my daughters and a friend. At Midnight, my friend and I drove back downtown to go to the midnight Christmas Eve Service at Trinity Episcopal Church in Tulsa. Trinity is a very wealthy congregation that has done so much good in Tulsa. For example, there are beautiful iron gates at this church. Trinity started handing out food, clothing, etc. to many people in need at these iron gates. Now Iron Gate Ministries has spearheaded many programs at other congregations to help their neighbors.

Trinity’s Sunrise Easter service is also very beautiful. Not only is it a feast for the eyes, but when the orchestra and chorus start playing Vivaldi‘s Gloria it is a fantastic feast for the ears. 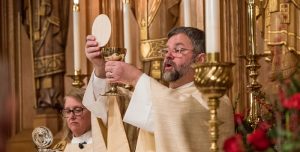 Don’t get me wrong, I don’t want HIGH CHURCH every week. I also understand that a steady diet of HIGH CHURCH can create hardening of the spiritual arteries and metaphysical gout. But two or three times a year seems to be just fine by me.

Before I was married I seemed to be on a diet of HIGH CHURCH for Christmas, Easter, and the week of Thanksgiving. That is because I dated so many Catholic, or lapsed Catholic, women. We would be with her parents on Christmas, Easter, and Thanksgiving, and we would be at Mass. I actually enjoyed going to Mass with them even though back then I was an atheist on Monday, Wednesday, and Friday. On the other days of the week, I was an agnostic.

Woody Allen many years ago said that he had to break up with his girlfriend over religious differences. “She was an agnostic, and I am an atheist,” he noted.

I will always remember one Easter mass that I went to at a church near Georgetown University. When it came time for the homily, the priest started out by saying, “So this was going to be the Lent in which you really spent time with God. This was going to be the time where you read and studied that spiritual book that your friends have been talking about. You were really going to build a better relationship with God. You were going to listen to that ‘still small voice.’ You were going to grab what Jesus called ‘the pearl of great price.’”

The priest paused again, and he once more looked around the church. Then he said, “Well, if that is you – or somebody you know – I have some advice for you … and it is this: On this Easter just relax. Just take a deep breath. Stop whipping yourself.” 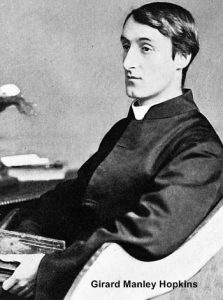 Then he started talking about one of my favorite poets, Gerard Manley Hopkins, a British priest who lived in the 1800s. Hopkins was famous for something known as “sprung rhythm.” His poetry is often compared to syncopated jazz, where words almost “bebop” on the page.

This priest quoted one of Hopkin’s most famous lines (from his poem The Wreck of the Deutschland): “Let him easter in us.” The full line is:

“Let him easter in us, be a dayspring to the dimness of us, be a crimson-cresseted east.”

Or as the prophet Zachariah put it: “Not by might, nor by power, but by my spirit, says the Lord.”

It reminds me of the famous story of the two sisters – Martha and Mary – who were entertaining Jesus in their home. Martha tried to make it into a big production number and was attempting to cook a five-course meal based on Julia Child’s recipes. Meanwhile, Mary was sitting by the rabbi, living in Eckhart Tolle’s ‘Now,’ and letting Him Easter in her.

This Easter, no matter if we are in a HIGH CHURCH, low church, somewhere in between church, or no church, let Him Easter in us. Let’s follow the “better path” taken by Mary.

“The mass has ended. Go in peace.”