In the FLOW – A Real Unity

It is very easy to get ourselves out of gear and feel like all of our cylinders are not in tune nor firing on time.

It is also possible to think so much about the details and loose ends of an upcoming beach trip that you don’t enjoy – or remember – the mountain hike you are doing right now.

Have you ever scarfed down food so fast and mindlessly that even fine French cuisine tastes as bland as two-day-old oatmeal? 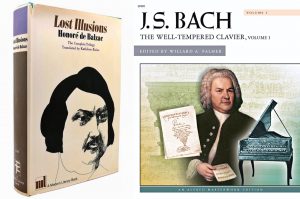 I love classical music, but there are times (and mental states) where even J.S. Bach’s divine The Well-Tempered Clavier can go in one ear, be registered as elevator music in my brain, and come out the other ear. Now compare the above examples to a time many years ago when there was something called record stores. The first floor of the record store was playing the latest mindless Grand Funk Railroad track as I entered. I walked upstairs into the classical music section, and they were playing the first movement from Brahms’s 4th Symphony. I felt swept up into the flow of the music and the flow of history – both European history and my family’s history. It was an incredible feeling of oneness with the music.

I remember being taken up by Balzac’s incredible novel Lost Illusions. It is about writers and artists in Paris in the 1800s. For a few days, it was as if the modern world did not exist for me because I was so engrossed in the world Balzac was writing about. 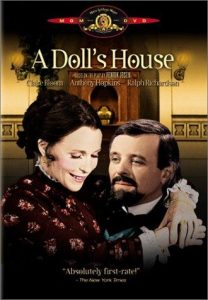 But perhaps my greatest flow experience occurred once when I went to see the play A Doll’s House by Henrik Ibsen. The great English actress Claire Bloom starred in the leading role of the wife in a well-to-do family during the 1800s. In the last act, the wife sits down with her husband and has a heart-to-heart talk about how she feels like she is living in a doll’s house. For these reasons, she tells her husband she will leave him.

As this discussion on stage took place, I forgot I was watching a play. It was like I was the proverbial fly on the wall – and privileged to listen to a very difficult and personal exchange between a real husband and wife. For me, this was an extraordinary moment of flow.

Regarding the concept of flow, the person who launched this field was Mihaly Csikszentmihalyi. Mihaly was a Hungarian-American psychologist. When the Communists took over Hungary, Mihaly left his native land and eventually wound up in America. As a young man, he heard a lecture by Dr. Carl Jung, and he became intrigued by psychology. 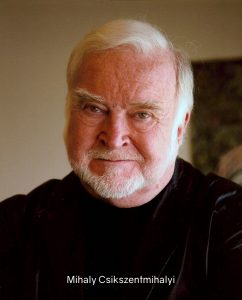 Mihaly earned his Ph.D. in psychology from the University of Chicago. He had a significant insight by recognizing the psychological concept of flow, which he saw as a highly focused mental state conducive to productivity. He concluded that people are the happiest when they are in a state of flow, which produces mental concentration or complete absorption in the activity that they are doing.

Flow is a state where people become so engaged in activity that nothing else seems to bother them. Other researchers have called the flow state as “being in the zone“ or “in the groove.“

Many psychologists and others work with athletes to get them “in the zone.” Examples of this would be runners seeing themselves as running the best race they can run or football players seeing themselves catching the ball and running into the end zone. Studies have shown that being in the flow is an incredible motivator and has a positive correlation with achievement.

Mihaly said that flow is “being completely involved in an activity for its own sake. The ego falls away – time flies. Every action, movement, and thought follows inevitably from the previous one, like playing jazz. Your whole being is involved, and you’re using your skills to the utmost.“ 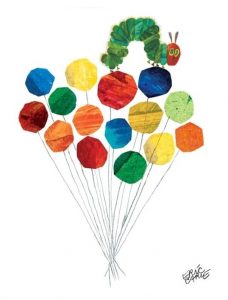 Mihaly pointed to several components and factors for achieving flow, including:

~ A realistic balance between one’s challenge and one’s skills.

~ A merging of action and awareness.

~ A real clarity of goals.

~ Concentration on the task at hand.

~ A transformation of one’s sense of time.

~ A loss of self-consciousness.

~ Driving purpose and meaning from within and not from some reward that the outside world might give you.

~ A real balance on one’s sense of control: not too loose and not too tight. 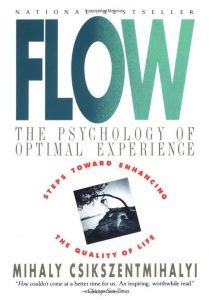 It is probably unrealistic to think that we will be in the flow every minute or even every day. But I do think it is essential for us to take the time to journal and ask ourselves a few key questions, including the following:

1. When was the last time that I was in the flow? What were the circumstances of this experience?

2. Do I want to have more flow experiences in my life?

3. How can Mihaly’s list of components or factors behind flow help me achieve more moments of flow in my life?

4. Am I willing to turn to Spirit for guidance, strength, and zeal to experience more flow in my life?

I have loved the moments that I have been in flow, and I would like to experience more of these sacred times. Wouldn’t you too?