Jane Austen and a Tale of Unrequited Love

I am a big fan of Jane Austen. Particularly during this time of year, I can think of nothing better than being curled up with an Austen novel beside a fireplace with a crackling fire and a cup of hot tea.

Austen was born one year before America declared its independence from Great Britain, and she lived into the first two decades of the 19th century. Her famous novels explore the culture of the upper crust of British society in a way that comments on, interprets, sometimes deplores, and sometimes fondly remembers the foibles and ways of her era.

What you can take away from an Austen novel in many ways depends on the lens used by the reader. Marxists might center on Austen’s depiction of British class structure, and it certainly was a class-ridden society. Feminists could have a field day with Austen’s biting portraits of the unequal positions of the sexes. Much of a woman’s status, influence, and power in society (or lack thereof) were determined by her relationship to her husband (and before that to her father). 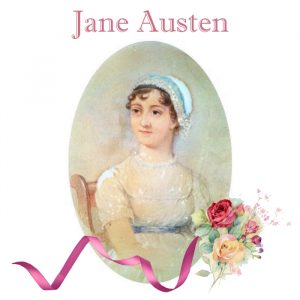 Jane’s father was a rector at an Anglican country church for a good part of her life. While her father came from an old and formerly wealthy family of wool merchants, their current financial condition was modest compared to the landed gentry that often populated Austen’s books. In terms of finances and looks, Jane was considered a “very modest catch” for a man in the “right social circle” of that day.

While all of the lenses described above have been used to produce numerous analyses of Austen and her works, I would like to employ another lens. My interest in Austen is as a storyteller of “new love” or the early stages of love affairs. It seems in almost all of Austen’s novels there is a young woman who meets a potential suitor. But as Shakespeare noted, the “course of true love never did run smooth.” There is a hitch of some kind that presents a difficult challenge. But through some very ingenious writing and plots, the crooked road is often made straight, and Austen’s lovers frequently hear wedding bells in their future.

Interestingly, Austen usually ends her stories at this stage of the love relationship. That is why I view her as the mistress of relatively “new love.” Her forte does not lie beyond the honeymoon. This may be because she never married. I wish she had fallen in love and married. Given her writing talents, such novels might have been real treasures of English literature. A friend of mine once asked me what I think Romeo and Juliet Part 2 would have been like if Shakespeare had let these two star-crossed lovers live? I said that I didn’t know. But my friend responded, “It probably would have been like Juliet saying, ‘Romeo, take out the garbage! You never take out the garbage anymore.’” 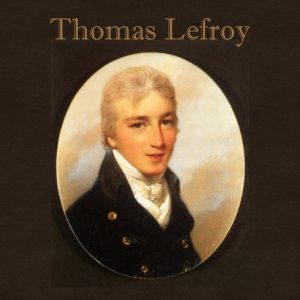 A professor from the Arizona State University, Dr. Colleen A. Sheehan, recently had a fascinating article in The Wall Street Journal that shines a new light on Austen’s love life. My takeaway from Sheehan’s work is that it also shines some light on a few key spiritual principles.

While Austen never married, some people have believed that there was one great love affair in her life. Several scholars have said they believe this beloved was a young and handsome Irishman by the name of Tom Lefroy. Other scholars have dismissed this theory as being nonsense. Austen’s relatives destroyed most of her letters, so coming up with a firm conclusion on this matter has been challenging.

What we do know is that in 1795 Jane (who was 20) met Lefroy, who was slightly younger than Austen. Lefroy was visiting relatives in the countryside near the rectory where Jane lived. A “cheeky flirtation” soon developed, according to Sheehan. In one of Austen’s letters that survived, Jane claimed that Lefroy and she broke the bounds of 18th-century propriety. “Imagine to yourself everything most profligate and shocking in the way of dancing and sitting down together,” Jane wrote to her sister. Jane described Lefroy as “very gentlemanlike, good-looking, pleasant young man.”

“It seems that Jane expected an offer of marriage. But it was not to be,” Sheehan writes. Lefroy soon returned to London. Sheehan believes that Lefroy’s relatives may have had a hand in this because they saw Austen as an unsuitable match for Lefroy. We do know that in 1799 Tom Lefroy married Mary Paul – and that was the end of that for Jane. 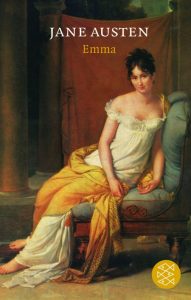 But now Sheehan brings new evidence to the table concerning Jane’s feelings for the dashing Tom. In 1815 Austen published the novel EMMA, which is full of “obstacles and mishaps.” This novel is full of messages hidden in word games such as acrostics, anagrams, and charades. In Chapter 9 of the book, there is a word game that Austen called the “prologue to the play.”

Many people have tried to solve this word game without much success. In great detail, Sheehan explains why this has been the case. She makes one reasonable change that she thinks is closer to Austen’s intent. The result is that she winds up with: TOLMEYFOR. This doesn’t seem to make any sense, until you realize it is an anagram for TOM LEFROY. So, 20 years after she first met him, Jane was still writing and publishing word games that reduced down to Tom Lefroy.

I can hear some of you asking, “Okay, Rev. Rick, this is interesting, and I too am a Jane Austen fan. But what are the spiritual lessons?”

I think the spiritual lessons include the following:

What is your favorite Austen novel, and why? I would love to hear from you. Why not text me at 571-215-9481. You know, another thing I love about Jane Austen is this: Yes, she was writing about a specific period and society, and she does a great job in depicting it. But she also had an eye for universal truths and captured them in her writing. In some ways, her fictional characters are very much people of their times. Yet, I can see her characters living in this time of texting and still displaying their range of foibles.