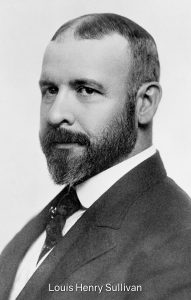 I ask you not to dismiss what I am about to tell you as being just a crass story from a former New Yorker because I think there might be a lesson in it for you, even if you have spent little time in the Big Apple.

I went to college in New York City and had an excellent art history professor. He made the subject come alive, particularly in the area of architecture.

My professor felt that the modern skyscraper was the first significant architectural innovation since the Roman arch. Steel and reinforced concrete gave architects a new technology with which they could build fantastic structures reaching up to the sky – even taller than the tower of Babel.

I remember my professor’s engaging lecture about the buildings of the architect Louis Sullivan. He told us that if we wanted to see these structures, we better hightail it out to Chicago as soon as possible because many of them were getting torn down rapidly.

Soon after the class ended, I made a beeline for Chicago. I was glad I did because the Sullivan buildings were incredible, as were many other structures in Chicago. 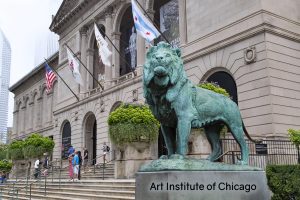 However, I was bowled over when I walked inside the Art Institute of Chicago. Yes, it wasn’t as big of a museum as the ones in New York City, but the Chicago museum was incredible. I said to myself, “I should have realized that back when Europe was for sale, the money was in Chicago!” I think I spent almost the entire day in that fantastic museum.

This was not the last time that I experienced this museum phenomenon. The pattern goes like this: 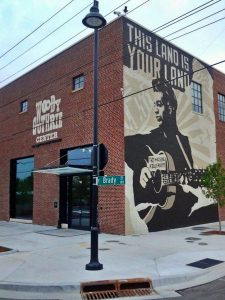 I can give other examples of when this has happened to me. When I was in seminary at Unity Village, outside Kansas City, my nose was out of joint about the Nelson-Atkins Museum. This Kansas City museum is much smaller than the art museums in New York or Chicago. But the Nelson-Atkin is a real jewel. Both its permanent exhibition and temporary shows are lovely.

Kansas City also has some museums that are lacking in New York. For example, Kansas City has a fine museum on the Negro Baseball Leagues. Understandably, this museum is in Kansas City because this was the home of the Kansas City Monarchs (this team was the equivalent of the Yankees in the Babe Ruth era). Kansas City is also the home of the Arabia Steamship Museum. Arabia was an 1800s steamship that sank to the bottom of the river. The boat and its cargo were excavated, and the museum explores the era of steamboats in America.

When I became the senior minister at Unity Center of Tulsa, I experienced more small jewels. The Gilcrease Museum in Tulsa has an incredible Southwestern and Native American art collection. The Philbrook Museum of Art includes not only art but has impressive gardens. Also in Tulsa are the Woody Guthrie Center and the Bob Dylan Center. On top of that, there are museums and memorials to one of the worst race massacres in America. 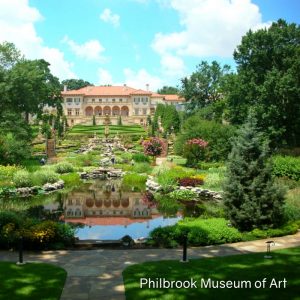 But this phenomenon can be applied to far more than museums. For example, consider amateur theater and musicals. It is easy to attend these events and say, “Well, this certainly isn’t Broadway!” Yet I have found that when I stop comparing, I begin enjoying many unique aspects of amateur theater. Not every amateur production will be a jewel, just as not every Broadway show is fantastic! But so many amateur productions have so much to offer.

Another example is minor league baseball vs. Major League Baseball. I love the closeness to the field and players in minor league parks and the community spirit. When I can stop comparing minor-league ball to major league ball, I enjoy a minor league game!

I think this phenomenon applies to many areas of our lives. There are so many little jewels that we can experience if we stop saying, “Well, this is not ‘Z.’” 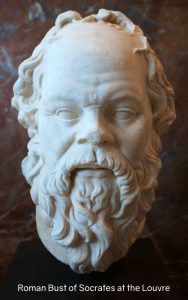 I am not saying that all comparisons are wrong or that we should never make comparisons, but I do think the Book of Ecclesiastes has it right when it tells us that “there is a time and place for everything under heaven” (Ecclesiastes 3: 1-8).