Memorial Day was a very big deal in my hometown of Port Washington, N.Y.

Located about 25 miles outside of New York City, on the northern shore of Long Island, Memorial Day in our town always started with a big parade up Main Street. Many World War II and Korean War veterans would march along with the high school band. I remember marching with my Boy Scout troop.

We would turn left at the road that led to the high school where the parade ended. But that was only the beginning. On the high school steps would be a large podium where our local Congressperson would eloquently speak about America, the free World, and our responsibilities. 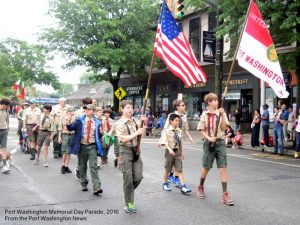 I remember one year after the festivities had ended, one of our neighbors came up to my mother and said, “I am not usually a flag-waver, but for some reason, I was really misty-eyed when I saw Old Glory coming up Main Street this year.”

I would think about my father in the U.S. Army tank corps, and how he was injured in the war. I would remember my father’s many trips to the Veteran Administration facilities. “If it was fighting Hitler, Mussolini, and a militaristic Japanese regime, then I hope I would have the same courage and patriotism that my father and his friends showed,” I would say to myself. Memorial Day was also the “unofficial” start of Summer back then. 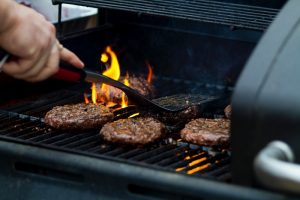 Nobody in that era would wear seersucker suits, yellow ties, or even shorts before Memorial Day. But after Memorial Day, white pants and white skirts were seen in abundance – not to mention Bermuda shorts. Pools would open, and the town often smelled like a never-ending barbecue.

But then times changed, and it was the era of the Vietnam War; protests, draft card burnings, long hair, and dress codes seemed to be made to be broken. I have almost no Memorial Day memories from this period. To put it mildly, I felt very conflicted – and not always for great humanitarian reasons.

Part of me wanted to become a lawyer like so many other people in my family. My mother told me that if I were to be arrested, burned a draft card, etc., I could kiss any chances of being a member of the bar goodbye! 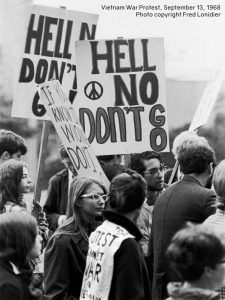 I wish I could tell you that I made a high moral choice after centering on my deep core values. But the truth of the matter is that one night the National Draft Lottery was held, and my number was 353. I knew the draft board would not get to 353 that year, so I told my local draft board that I wanted them to revoke my “2S” student deferment and place me in the “1A” draft pool. The rules stated that if you served one year in the “1A” draft pool and were not called, then you would be free from any military obligation. I served my one year in the draft pool and was not called – nor did I volunteer. Thus, I was legally free from any military obligation. Meanwhile, many of my friends were not so lucky, to put it mildly.

But then, in the blink of an eye, I was married and had a young son named Joshua. My father-in-law was very active in the American Legion. For Memorial Day, we would drive up to Albany, N.Y., where my father-in-law lived. We would get up early and little Josh and I would put flowers and flags on the veteran’s graves, followed by a pancake breakfast at Grandpa’s American Legion Lodge.

On one particular Memorial Day, Grandpa drove his car in the Memorial Day parade in Albany, near the state capital building. I asked my little son, “Do you see anything strange?” I thought he would say that grandpa was driving down the center of the road. Instead, Josh chimed up, “Yes, grandpa is driving slowly.”

Then with a few more blinks of the eye, Josh had grown up and served two tours of duty in the Iraq War. He was injured during his second tour of duty. He was flown back from Iraq to Germany and then to the Brook Army Medical Facility in San Antonio, Texas. During the Iraq war, this is where we sent many wounded soldiers for treatment. Many of the soldiers had amputations, serious burns, and other injuries. Many of the wounded soldiers were women.

We were fortunate. Josh did not lose an arm or a leg; he was not burned, nor was he disfigured. But he had experienced so many IEDs that he had trouble moving his laundry from the washing machine to the dryer. In Iraq, they had found him unconscious on a pile of barbwire. Fortunately, over the years, Josh has really recovered. I feel so blessed by this.

After the Army, my son went to college and was very active in a student veterans organization. In fact, my son founded a scholarship program for veterans at his university. On Memorial Day, I would join my son for various ceremonies, picnics, and parades. He now lives in Austin, Texas, and I am here in Roanoke, but I always call him on Memorial Day to tell him how proud I am of him.

Looking back at all of these different Memorial Days, I keep thinking about a line from the Grateful Dead: “What a long strange trip it’s been.” I think it is important for me to acknowledge all of these different Memorial Days. In 12 Step programs, there is a promise that “we will not regret the past nor wish to shut the door on it.“. In plain English, it took what it took. 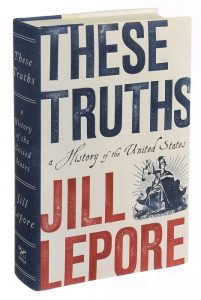 Recently I read a wonderful book on American history by Harvard historian Professor Jill Lepore. The title of the book is These Truths, a History of the United States. Dr. Lapore has done an excellent job, I believe, of showing the beauty and promise of America. But in the same book, she has also presented the dark underside of the American experience. She believes that true patriotism can be grateful and honor the many golden blessings of the American experience. But at the same time, she adds that true patriotism can face this dark underside and heal and correct it.

And so I wish you a very happy Memorial Day. In looking at your past, please remember that it took what it took to get you to where you are now. Self-forgiveness is so important. May you learn to love yourself through all of the different phases of your life. We are works in progress with a Divine Spark inside.