New Life at the Town Dump 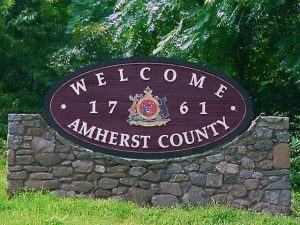 Before going off to seminary, my wife and I were blessed to have a small second home in the mountains and forests outside of Lynchburg in Amherst county.

Debbie grew up in a small town in way – way – upstate New York on the St. Lawrence River. She could literally see Canada from her bedroom window. The first time I went back to her hometown with her was during a bone-chilling January. I was amazed to see that many people in the North country used a type of plug-in device on their cars to ensure they started in the morning. My future mother-in-law looked at me and said, “Well, this relationship must be serious if you’d come up here in January.”

Debbie found Northern Virginia to be a nightmare come true in many ways. The traffic jams seemed never-ending, the crush of people and construction was overwhelming, and the sense of being a cipher unenjoyable. That is why she did all she could to find us a small second home on five acres that included a stream on the edges of the property.

I would drive down from Washington on Thursdays and telecommute on Fridays. During several snow-covered Fridays, I remember going outside time and again, trying to keep our satellite dish free from snow so that we could maintain our internet connection.

There were other things that were different between this country life and suburban Northern Virginia. For example, in the woods outside of our nation’s capital, I didn’t have to worry about walking in the forests in the fall. But in the Amherst woods, you could be taking your life into your hands by walking in the woods. To quote that great spiritual teacher, Daffy Duck: 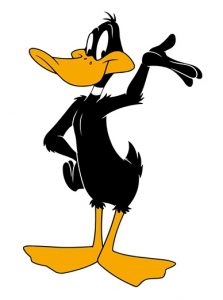 Hunters to the right of me.
Hunters to the left I see.
Over hill and over dale,
Bullets whizzing past my tail.
There’s no rest and there’s no peace,
Won’t their shooting ever cease?

Another difference was how you handle garbage. In Northern Virginia, you would dump the trash in a big plastic bin, then you rolled it out to the street once a week, and it was magically taken away. There was “no muss and no fuss.” But in the country, we had to put the stuff in the trunk and then drive it to the town dump, which was way off in the forest. After you turned off the small county road, you got on an even smaller dirt road – and there was the cliff. Once up at the cliff, you gave the trash the old “heave-ho!” 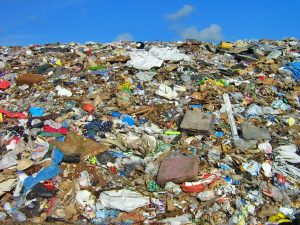 The enjoyable part of the Amherst town dump – believe it or not – was getting to meet many of the locals. People were amiable and talkative. I got quite a bit of good advice from the repartee at the town dump. It was there that I learned one was relatively safe from hunters in the fall if you hiked in the state parks.

One time I had this old rusted wheelbarrow. To me, it was a useless piece of junk. So I labored mightily to get it in my car’s trunk. Then I used rope to tie the trunk shut. At that moment, I wished I could remember some of the knots I learned in Boy Scouts. There was one called a Sheepshank Knot. If you knew how and where to pull it, the entire knot vanished, and you almost felt like Mandrake the Magician. My memory and fingers failed to tie a perfect Sheepshank Knot, and I had to ask one of the locals if I could borrow his Bowie knife to cut the rope.

I freed the wheelbarrow from the trunk of my car and hauled it up to the cliff. I felt like the High Priest at the temple who was about to sacrifice the goat when one of the locals came up to me. He nodded and said, “If you are going to throw that old wheelbarrow away, may I have it?”

He looked at me and nodded again. “Well, the top part is useless, but the under part looks good. I can take the wheel assembly and handles and attach it to something else,” he explained. 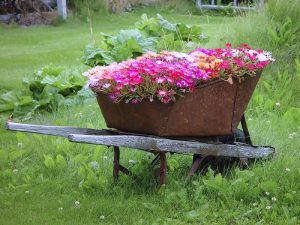 I didn’t think much about this exchange for the next few months. But the trash kept coming, as did the trips to the dump. I remember taking a wonderful anthropology/archaeology class. The professor kept saying that all human civilizations have something in common. “They all generate and produce trash. We can learn a great deal by studying these trash piles,” our teacher added. Sometimes I wondered what future generations of anthropologists and archaeologists would conclude by studying the Amherst town dump?

It wasn’t surprising that I again met the fellow who took my old wheelbarrow during one of these garbage hauls. He saw me and said, “Look what I am using to wheel the trash up to the cliff.” I gazed, and there it was: It looked like an almost shiny new contraption, but the underside was my old wheel barrel!

I commended him on his fine work and often think about this experience. For me, there are several “takeaways” (no pun intended) from this experience, including: 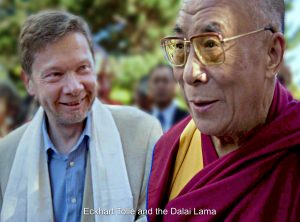 Eckhart Tolle has repeated a wonderful Zen story that demonstrates this. A famous Zen Buddhist monk named Barzun sought enlightenment for years, but he was unsuccessful. He had been in beautiful gardens and forests, seeking enlightenment to no avail. Then one day, while in the hustle and bustle of a town market, Barzun overheard a conversation between a butcher and a customer.

The customer said to the butcher, “Give me your best piece of meat.”

The butcher responded, “All of my pieces of meat are the best.”

Upon hearing this and understanding it deeply, Barzun received enlightenment – right in the middle of the town market!

May we go beyond our preconceived notions of where and how spiritual truths can be transmitted.