New Starts: There is Always Another Chance!

When I was living in the Big Apple, I, of course, rode on the subway.

There were often no seats left in the subway cars, and I was a “straphanger” being jostled and rocked by both the train and my fellow passengers. It was noisy, and in the summer, it was sweaty. But it was most often a fast – and relatively inexpensive – way to get where you were going in the city.

It was also the last place in the world where one would expect to have a spiritual experience and commune with God. But we say that “there is no spot where God is not,” and that should include the D Train rumbling through the tunnels under the Manhattan streets and East River. 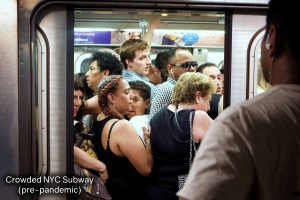 Given the above, I was pretty intrigued by the book titled Finding God on The Train. It was written by Rick Hamlin, a contributing editor for Guideposts magazine. Guideposts is a leading spiritual journal founded by Reverend Dr. Norman Vincent Peale and his wife, Ruth Peale.

In this wonderful book, Rick Hamlin talks about how realities and schedules resulted in him doing his morning prayer and meditation on the subway from his apartment in Washington Heights to his job in downtown Manhattan. He was able to treat a subway car as if it were his prayer closet, and he was able to filter out the outside noises and clatter.

Rick also writes about the beautiful spiritual relationships he developed with people while praying and meditating in a New York City subway car. 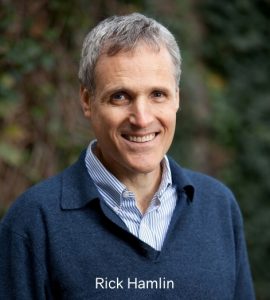 Recently I read an article by Rick about so-called “new beginnings.” He says that he was never much in favor of standard New Year’s resolutions. “I’d never make them through the first month. I do believe in giving myself a new start. Something you can do again and again, as you seek new goals and growth in faith, “Rick writes.

I think there is much truth here. Many of us can make the most incredible New Year’s resolutions, but somehow by mid-January, our egos are just not strong enough to get the ball into the metaphysical end zone. We slip and fall. Then we say to ourselves, “Well, I just blew it! What’s the use?” and “That’s it for that resolution – it’s down the tubes and history!”

Hamlin is pointing to a better way of dealing with our hopes and aspirations, I believe. God always gives us a second, a third, a “70 times 7” number of chances. We can set new goals and grow in faith. If God gives us so many chances, we too can give ourselves many chances. We can dust ourselves off, stand up, and get back into the race. We can learn from what has just happened and thank God that there is more than our egos when it comes to getting metaphysical footballs into end zones.
Rick also says that several Scripture verses have helped him in this process, including: 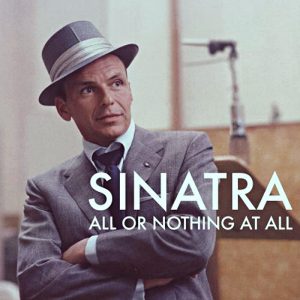 I think Rick’s suggestions make much more sense than the lyrics from that old song All, or Nothing at All (to hear a great version of this song click this link and listen to Frank Sinatra croon it).

I recently came across a story which really demonstrates the wisdom of these points. Lori Kennedy and her husband Russ lived in a beautiful house in California in the Sierra Nevada foothills. Of course, this was the area where the devastating fire in Northern California recently took place.

Lori and Russ only had a few minutes to evacuate from their home as the fire came raging down on their community. When they were able to come back to their neighborhood, it looked like it had been firebombed. Almost nothing was left standing.

Lori was particularly devastated that the fire had completely destroyed her extensive library of spiritual/metaphysical books. There was almost nothing to carry away. 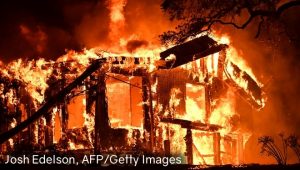 As Lori was walking back to the car, she felt a piece of burned and smudged paper sticking to her boot. When she looked at the damaged page, she realized that it came from a book in her now nonexistent library. While badly burned, she could still read the following on that burnt page:

“If life seems difficult, I pause and reflect on the blessing sometimes hidden within every circumstance. With renewed faith and courage, I begin again.“

Lori says, “I framed that scrap of paper. I kept it on the nightstand in every hotel and motel we stayed in over the coming months. It now sits in a place of honor in our new home, a reminder that we can begin again.“

So if you have fallen off the wagon – and it’s only mid-January – I suggest you try Rick Hamlin’s “new start” medicine. And, remember the treasure that Lori Kennedy was able to carry away from her home that was destroyed by fire.

You may also want to listen to another Frank Sinatra song, That’s Life (to enjoy it, click right here).