The following is a true story that involves both children’s literature and international espionage.

It also involves ethical and spiritual dilemmas. But most of all, it is a story that I fondly remember.

I have loved A.A. Milne’s Winnie-the-Pooh stories since I was a little boy. Bedtime was always a pleasure when my parents read me stories about Christopher Robin, Piglet, Rabbit, Tigger, Kanga, and Baby Roo. But for me, center stage was always occupied by that lovable bear. 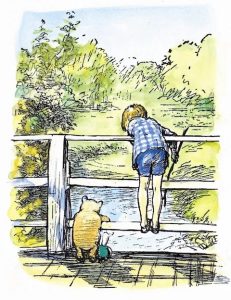 Everything about the stories fascinated me, including the incredible illustrations. We had woods behind my childhood home, and I often imagined that it was the Hundred Acre Woods.

There was the story about Winnie-the-Pooh – in all his roly-poly-ness – getting stuck in Rabbit’s door. There were stories about Tigger’s bounciness and Piglet overcoming fear (even the fear of a “Heffalump”).

Some of my favorite stories from the Hundred Acre Woods were about Christopher Robin and his animal friends playing Poohsticks together. A.A. Milne wrote about Poohsticks in his book, The House At Pooh Corner, first published in 1928. This volume was the second in the Pooh series, and it was famous for its notable introduction of Tigger into the cast of characters.

What is Poohsticks, some of you may be asking? Well, Poohsticks is a game.

How do you play it? Let me explain – it is much easier to understand than, say, cricket. I went to several cricket matches at Lord’s Cricket Ground in England. Lord’s is to cricket what Yankee Stadium is to baseball. Every time I thought I understood what was happening, I eventually realized that I knew next to nothing about the game. 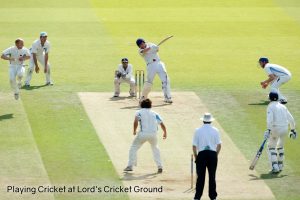 In Poohsticks, you first find a stream or some source of running water. Then you need to find a bridge that spans the running water. Next, every player needs a stick. Everyone goes to one side of the bridge – the side which is upstream. Then, at the same time, everyone drops their sticks into the water. After that, everyone runs to the other side of the bridge and looks over the railing as far as they can. It may take several seconds, but just like a horse race, you will see one stick clear the downside river portion of the bridge first. That stick is the winner – unless several sticks cross the “finish line” simultaneously.

There are delightful stories about how A.A. Milne played Poohsticks with his young son on a bridge in Ashdown Forest in England. It has been visited by so many fans of Winnie-the-Pooh that the original bridge started to wear out. British authorities in the County of Sussex asked the Disney Corporation if it would contribute to refurbishing the bridge. Disney has made several feature films based on Winnie-the-Pooh and his friends and gladly made a sizable contribution. 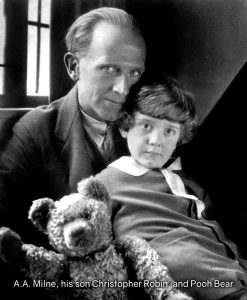 The World Poohsticks Championship has been held at Day’s Lock on the River Thames since 1984. Extensive media coverage of the event would likely amaze that “silly old bear.”

When my children were little, we lived in the town of Vienna, VA, outside of Washington, D.C. We were very fortunate to be able to buy a house right next to a meandering park. Through these woods flowed Wolf Trap stream, which eventually ran through Wolf Trap National Park for the Performing Arts.

The National Park Service operates Wolf Trap, the summer home of the National Symphony. Many different artists have performed there through the years. I saw the “greats” from Peter, Paul, and Mary to River Dance perform at Wolf Trap.

My children called the section of the park behind our house “the Wild Blue Yonder.” There is a bridge over the stream where my children and I often played Poohsticks. I remember them leaning so far over one side of the bridge to see the winning stick that I was grateful none of them ever fell into the stream! 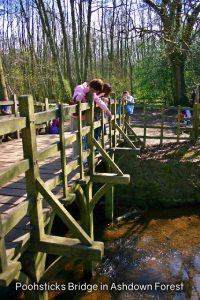 Imagine my amazement when one morning, as I was reading The Washington Post, there on the front page was a picture of the same bridge where we played Poohsticks! How could this be? What was going on?

I read the accompanying news story and learned the following: One of our neighbors – well, he lived one street away – worked within the FBI’s Soviet Analytical Unit, the department responsible for capturing Soviet spies in the United States. He used his security access to gather and sell information about double agents and ongoing investigations of the Soviet Union. The Soviets were paying him mega-bucks for this treason.

How was this transfer of information and money taking place? The Washington Post said our “neighbor” would hide the information and documents under the bridge where we played Poohsticks. Then a Soviet agent would remove the stolen documents and hide money (and sometimes diamonds) under the same bridge.

The news article said that many law enforcement agents had maintained strict round-the-clock surveillance of the bridge. They’d probably seen us playing Poohsticks several times. I could hear the counterespionage agents saying, “When is this crazy family going to stop playing Poohsticks?”

The story was not only on page one of the newspapers but on all the news channels and shows. It was a real shocker to me to realize what was going on underneath the bridge while we were engaged in childhood delights. While we leaned over to see which stick was first, we had never noticed anything under the bridge. 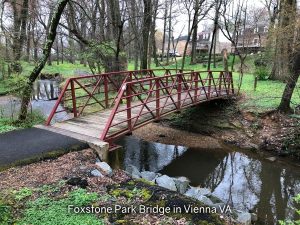 David, my middle son, asked me: “Dad, if we had found the money, we would have been rich. Would you have allowed us to take the money if we had seen it?”

My immediate answer was, “No, David, I would not have allowed us to take it because I would have assumed it was drug cartel money, and I don’t want to have drug cartel hit men coming after us.”

Later I thought about my answer to David and wished I had responded differently. David did not say the following, but he could have: “So Dad, what you are saying is that you wouldn’t take the money because of your fear of getting caught. But what if you knew you could get away with it?”

I wish I had said, “No, son, I would not have taken it because that would be wrong. I would have reported the money under the bridge to the police.”

When we take Jesus’ and Buddha’s words to heart, we can have the child-like innocence and wonder of playing Poohsticks no matter what is happening under the metaphysical bridge of life.