I like to think of myself as an “early adopter” and “ahead of the curve.”

But the reality is that I am often not one to see a so-called “inflection point,” where there is a significant change in the direction of a social trend.

However, there is one trend in the world of work that I saw a number of years ago when I was still a “card-carrying” economist. I am on record as having said in the early 2000s that “thousands of workers have quit their jobs. They just haven’t told their bosses yet.”

Well, this trend has grown and is now referred to as “quiet quitting.” How do you define “quiet quitting?” Zaid Khan, a TikTok user with over 10,000 followers, defines the term as: “You’re not outright quitting your job, but you’re quitting the idea of going above and beyond.” 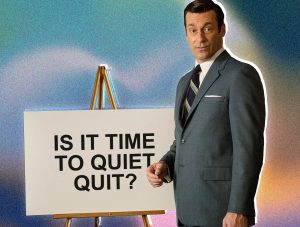 The phrase “quiet quitting” went viral on social media. Then in the Summer of 2022, The Wall Street Journal ran an article with the headline, “If Your Co-Workers Are ‘Quiet Quitting,’ Here’s What That Means.” Meanwhile, the influential British newspaper, The Guardian, published the article: “Quiet Quitting: Why Doing the Bare Minimum at Work Has Gone Global.” Not to be outdone, The New York Times soon followed with: “Who Is Quiet Quitting For?”

What is interesting is hearing the justifications for quiet quitting in the contemporary workplace environment. Clayton Farris, a TikToker with roughly 48,000 followers, says, “I don’t stress and internally rip myself to shreds (about work).”

Following this logic, there once was a “social contract” between employees and employers. Granted, millions of American workers never had such a social contract. But for many white-collar workers, the deal was: You work hard and play by the rules, And you will experience wage and salary growth, good and stable fringe benefits, and you’ll be treated as part of the corporate “family.”

With the rise of the global economy, technological changes, lower unionization rates, and increased competition, the old social contract has gone the way of all flesh at many companies and within many industries. 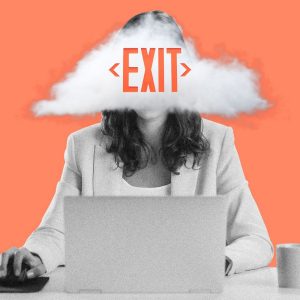 During communism in the old Soviet Union, there was a common refrain from many workers: “The bosses pretend to pay us, and we pretend to work.” This dysfunctional norm in the USSR was a key factor – but not the only one – behind the stagnant Soviet economy.

China is now an economic powerhouse. But I am old enough to remember when China was an economic basket case and couldn’t even feed its population. There was mass starvation in China. Quiet quitting was a significant factor in Mao’s Great Leap Forward.

Recently, quiet quitting has been justified by the following logic: The old social contract is dead, so why should anybody go the extra mile when an employer would not even cross the street for you? Also, we live in a cutthroat culture that is out of balance. Quiet quitting is just restoring balance in our society. Quiet quitting is akin to getting even with underhanded employers. 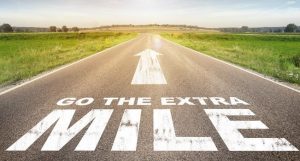 It might be very old-fashioned, but I think examining what light sacred scriptures can shine on this subject is very interesting. For example, Jesus was quite clear on the issue. He said, “If somebody tells you to go one mile, you go two” (Matthew 5:41). Let’s remember the social context under which Jesus said this. The Roman empire occupied the holy land at the time. A Roman centurion or lesser official could command a Jew to drop what he had and carry the Roman’s load for a mile. Jesus says that we are to go at least twice the distance commanded.

The apostle Paul backs up Jesus’ notion. Paul said, “Whatever you do, work at it with all your heart, as working for the Lord, not for human masters” (Colossians 3.23). We must realize that our true “master” is Spirit and that we are working for “the Christ within.“ This changes whom we are working for and what type of service we should be giving.

But I could hear some folks saying, “Yes, but many situations are unfair, and quiet quitting just evens the score.” However, Paul has given us another way of looking at these situations. He told us that “all things work together for good for those who know and love God“ (Romans 8:28). I would be glad to write another blog with numerous examples that support Paul’s point – and it isn’t supported by quiet quitting!

I think some sacred scriptures from other spiritual traditions have something to teach us about quiet quitting. The Hindu and Buddhist traditions talk about karma. Perhaps one good contemporary definition of karma would be: What goes around, comes around! 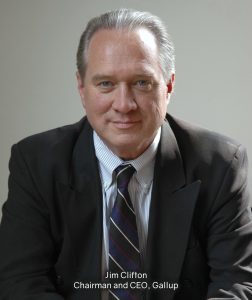 As quiet quitting has grown, there has been interesting karma in the workplace. When I was chief economist for the United Way system, I had the good fortune to meet and become friends with Jim Clifton, the chairman, and CEO of the Gallup group. Gallup, of course, is one of the world’s leading public opinion polling and survey research companies.

I remember Jim’s interest in creating a Gallup survey system that could be used to help employers find more workers who would not be prone to quiet quitting. The Gallup system could motivate workers away from quiet quitting, he believes.

But quiet quitting has also triggered another form of karma in the workplace. Many companies have increased the use of high-tech surveillance methods.

Click this sentence to listen to a fascinating New York Times podcast on the subject.

With more workers laboring at home, a growing number of Fortune 500 companies, and other firms, have developed very sophisticated – and George Orwellian 1984 – techniques to monitor employee productivity. These techniques include taking screenshots of workers while working at home. It also includes measuring the frequency and timing of keystrokes. One program measures the jiggling of one’s computer mouse. If the mouse isn’t jiggling, then the worker must not be working (and their pay will be docked.) 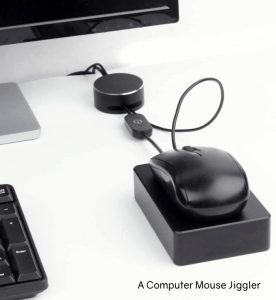 But then again, karma can produce more karma. A recent popular and top-selling item has been Mouse Jigglers. So your boss is measuring if you’re jiggling your mouse? This device will jiggle your computer mouse even if you are asleep or at a hockey game!

A culture of quiet quitting is not a healthy culture. In the Book of Ecclesiastes, we are told that “whatever you are capable of doing, do it with all of your might” (Ecclesiastes 9:10). It was good advice back then, and it is still good advice today.