Running Out of Oxygen and Other “Minor” Problems 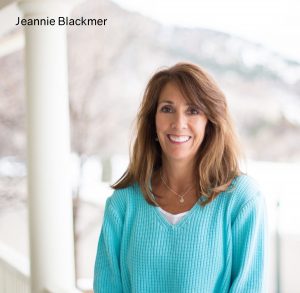 Author and spiritual commentator Jeannie Blackmer writes about a trying time when she was scuba diving.

She was on vacation with her family in Belize, and everything seemed like a routine dive in a tropical ocean. Ten minutes into the dive, Jeannie decided to check her scuba tank.

“I checked my air supply – it was in the red zone. My heart rate escalated. I signaled to my husband that I was low on air. His eyes widened, and he motioned for me to go to our dive guide.”

The guide glanced at the low gauge but did not panic. Instead, he pointed to the extra regulator attached to his equipment and handed it to Jeannie.

“He locked his eyes with mine” and motioned how she should use the equipment. “Then he looped my arm into his, and we swam side by side, buddy breathing, for the remainder of the dive,” Jeannie explained. 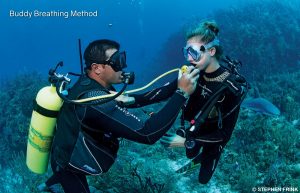 Buddy breathing is a rescue technique used in scuba diving when a diver is literally “running out of gas.” The extra regulator allows two divers to connect to the same oxygen tank. However, they now must swim in tandem.

“The fear of running out of air was terrifying. Then having the guide calmly share his air and swim side-by-side reminded” Jeannie of what Spirit “does for me” when she is afraid.

But there are many ways of running low on oxygen, and you don’t have to go to Belize to do it. Jeannie writes, “Like when a drop in real-estate values presented the real chance that we would lose some of our needed income. Or when my husband was going in for a life-threatening surgery.” Talk about “running low” on gas! 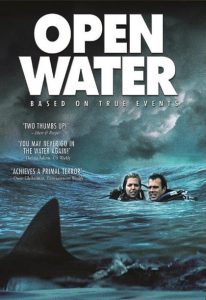 In these and many other situations, Jeannie “remembers to buddy breathe” with Spirit. Our connection with Mother-Father God “doesn’t mean tough circumstances will disappear,” but She/He “will link arms with me … and get me through,” she asserts. Amen to buddy breathing with “the Christ within” (as the apostle Paul put it).

As I was thinking about buddy breathing off the coast of Belize, other potential scuba diving hazards came to mind. I remember seeing the movie Open Water back in 2003. The film is about a couple that goes scuba diving while on a tropical vacation.

There are 20 divers onboard, and this couple decides to explore away from the other divers. When they finally surface, the dive boat is gone. The rest of the movie is about their harrowing experience of being alone in the ocean and too far to swim to shore.

After seeing the film, I asked a dear friend who went on numerous scuba diving vacations if he ever had a concern about reaching the surface and not seeing the dive boat. He said, “No. I give the dive boat captain half of a fifty-dollar bill. He gets the other half when he picks us up.” I suggested to my friend that he do more than just put his faith in the dollar. 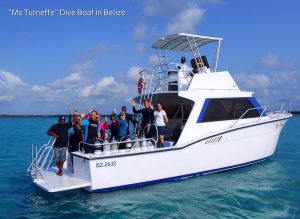 My friend then said, “Okay. I’ll do that. But can you give me a prayer that I’ll remember?”

I thought about it. I wish that back then, I had thought about “buddy breathing,” but I did not. Instead, I remembered that my friend loved soul music and Motown. So what came to my mind were the Four Tops and their signature song, Reach Out (I’ll Be There).

The song came out in 1966 and went straight to the top of the soul and pop charts. Click here to listen to this classic song.

The songwriters said they were heavily influenced by Bob Dylan when they composed Reach Out. The orchestration was also highly unusual. How many pop tunes feature a piccolo and timpani mallets played on the head of a trombone? 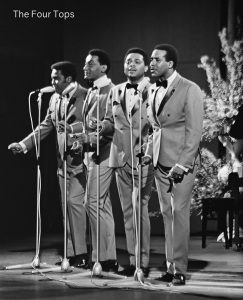 My friend told me that he has been in tropical waters and singing/praying:

So when we are running low on oxygen, let’s remember buddy breathing and the Four Tops!

And let me add in a sure-fire verse from the Bible: