Stepping in the Silence in a Very Noisy World!

Bob Dylan starts his song, Visions of Johanna, by singing:

Ain’t it just like the night to play tricks when you’re tryin’ to be so quiet?
We sit here stranded, though we’re all doin’ our best to deny it
And Louise holds a handful of rain, temptin’ you to defy it
Lights flicker from the opposite loft
In this room, the heat pipes just cough
The country music station plays soft
But there’s nothing, really nothing to turn off … 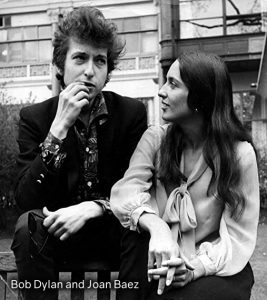 Yet the nighttime tends to be quieter than the clatter of the day. Jesus advises us to withdraw to the inner solitude of our prayer closet. I guess the recent U.S. Supreme Court decision makes it perfectly acceptable to have our inner prayer closet on the 50-yard line after the game.

Have you ever tried to go into the silence of pure prayer and meditation only to have a metaphysical – or real – lawnmower go off right under your window? Or perhaps your phone keeps ringing off the hook, or the kids think there is a national emergency because the Wi-Fi is down for five minutes?

Sharon Hinck recently experienced just such a moment. Sharon is an author, spiritual commentator, and teacher of Master of Fine Arts writing classes. I have enjoyed reading Sharon‘s poignant observations.

Recently, Sharon and her friend Joyce decided they would go on a walking meditation through a narrow, beautiful park. The park she described reminded me of Garst Mill Park in Roanoke, a thin winding park with a stream and several charming bridges over the water, a playground, a few Pickle Ball courts, and a field or two. 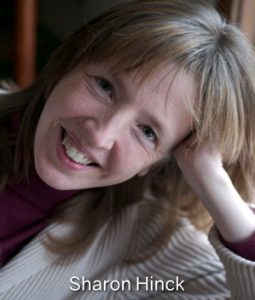 As they started their walk, a man on a riding lawnmower raised the decibel level beyond comprehension. No sooner were they free of that when they found themselves in something out of the 23rd Psalm: “Yea though you lead me through the valley of weed-whackers, I shall not fear” (The Long Island translation of the Bible).

After they moved past that, they came to an even larger and nosier tractor/mower trimming a field. The icing on the cake was the low-flying helicopter in the next section of the park. Sharon noted that “a helicopter thundered overhead, almost skimming the treetops. Every way we turned, we were assaulted by noise.“

“Life can feel that way sometimes. A problem confronts me, and I try to find a way around it, only to run into yet another obstacle,” Sharon commented. What came to Sharon’s mind was something written by the apostle Paul: “We are hard-pressed on every side, but not crushed; perplexed, but not in despair” (2 Corinthians 4: 8-10).

It was so inspiring to read how Sharon and Joyce turned to their indwelling Spirit and were able to have a good walking meditation despite the noise from the outside world. How did they do it? Sharon and Joyce did not use these words, but in essence, they practiced The Golden Key of Emmet Fox. 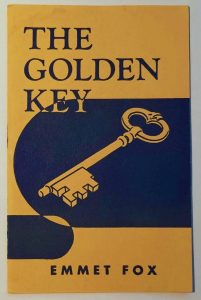 Remember Emmet Fox’s suggestion? Whatever problem we face, be it health, finances, love life, and more, we should not consider the problem first. Instead, we should first concentrate on God. We should remember the loving essence of God, the power of God, and our union with God. Only after we remember that connection and resource should we even face the crisis du jour.

This is our Golden Key, and it works! It worked for Sharon and Joyce. But the situation I love hearing about is from Rick Hamlin, a contributing editor for Guideposts magazine. Rick does his morning meditation on the New York City subway as he travels from his Washington Heights apartment to the Guideposts’ offices. Wow – going into the Silence on a crowded and eardrum-popping New York City subway car! 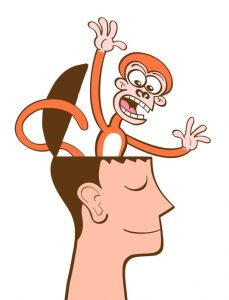 When I asked this question way back in the 1980s, I was directed to the 91st Psalm, which meant a great deal to Myrtle. The 91st Psalm talks about “the secret place of the most high.” It is like the prayer closet that Jesus mentioned. It silences the noise, the flotsam and jetsam that occupy so much of our day-to-day life. “In the stillness” we can focus on what matters and “seek first the kingdom of God” (Matthew 6:33).

My ego is not strong enough to silence this internal cacophony of foolishness. However, our egos – thank God – are not the end of the story. In affirmative prayer, we can thank Spirit for that power to “be still, and know that I am God” (Psalm 46:10).

Take a moment and center on this: 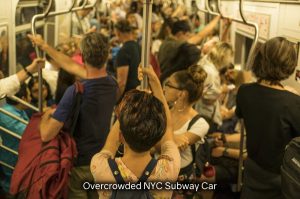 But I will tell you that we have Emmett Fox’s Golden Key. We also have access to other spiritual gifts and powers beyond our wildest dreams that can take us beyond the noise and into the Silence and Peace.