Summer is Here, and the Time is Right for Some Shadow Work!

Who remembers Martha & The Vandellas and “Dancing In The Streets”? I can almost hear it blaring out from a metaphysical boombox:

I am amazed that my 17-year-old daughter, Rachel, is a Nat King Cole fan, and her Spotify playlist includes:

Roll out those lazy, hazy, crazy days of summer
Those days of soda and pretzels and beer …

She has one of those free Spotify accounts, so she gets advertisements. She is amazed at some of the ads Spotify pumps out to her. “Dad, I told them I am a teenager,” Rachel said.

“Yes, dear, but with some of the songs you’ve put on your playlist, the Spotify algorithm has concluded that you are really in your 40s, driving a minivan, with three kids in the backseat,” I added.

I love “summertime, and the livin’ is easy” music. As I listened to a Beach Boys playlist, I decided to read a blog by Father Richard Rohr. He is a Franciscan priest who has had a major impact on many in the New Thought movement. Besides being the author of many wonderful books and articles, he also is the founder of the Center for Action and Contemplation in New Mexico. Outside of Christian sources, Father Richard has been highly influenced by Buddhism, Hinduism, Gandhi, Carl Jung, Spiral Dynamics, Ken Wilber, and Integral Theory.

So here I was listening to “California Girls,” and Father Rohr, in his blog, is writing about doing “shadow work” this summer. All I could think was can’t we have “fun, fun, fun ‘till …daddy takes the T-Bird away”? I mean, the time to do “shadow work” is in the Fall around Halloween. But then I started thinking that Father Richard is on to something, and “summer is here and the time is right” to do some shadow work! 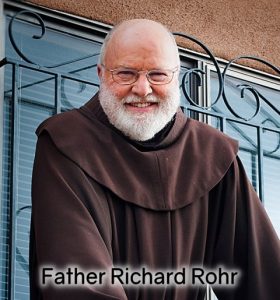 The concept of the shadow comes from the Swiss psychotherapist Carl Jung. He believed that we soon figure out what is acceptable and wanted from our parents, family, and society as we mature. Our egos start to develop a persona, or mask, that we really begin to believe is us. I sometimes call it our press release. From my days in Washington DC, I heard the following saying: “Politicians get in the worst trouble when they start believing in their own press releases.”

But, of course, we are so much more than our ego concocted masks and press releases. But facts and realities – both good and bad – that are too difficult for us to accept are often shoved into our shadow. One way of dealing with shadow material is to project it out on other people, places, or things. The irony is that, try as we might, much of this shadow material will not stay suppressed, and it often pops out – despite our best efforts – at the most inappropriate times and in the most inappropriate ways.

When we can make unconscious shadow material conscious, we can often outgrow what has been holding us back from what we can realistically become. Father Richard writes: “Usually everybody else can see our shadow, so it is crucial that we learn what everybody else knows about us – except us! … It is much easier to see things as all good or all bad, rather than both crucified and resurrected at the same time.”

He asks us to remember that God loves us as we are – shadow, masks, ego, light, dark, and all. Ram Das’ Guru was a Hindu saint and mystic by the name of Neem Karoli Baba. One day while at Neem Karoli Baba’s Ashram, Ram Das realized at a gut level that his Guru saw through all of his masks and knew all of his shadow material – and his Guru profoundly loved Ram Das. At that moment, Ram Das knew at a soul level that his real essence was the Divine Spark inside us all.

Summer is a great time to do some shadow work. Let me make a few suggestions on how this can be accomplished: 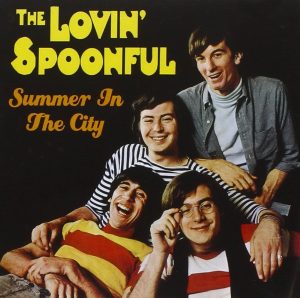 We can both do this shadow work and join the Lovin’ Spoonful in having a “hot time, summer in the city.