Thank You and God Bless You Dr. Anonymous

It is hard to realize that only 50 years ago, this very month, Dr. Henry Anonymous did his very courageous act, which moved the world forward in such a positive and powerful way.

We are not talking about ancient history. In the grand scheme of things, 50 years ago is like yesterday.

A key takeaway from the Dr. Anonymous story is that we all have the opportunity in our own large and small ways to raise consciousness.

I can hear some of you asking: “So who is Dr. Henry Anonymous, and what did he do?” Glad you asked.

Dr. Anonymous’ real name is Dr. John Fryer. His bravery and action are significant reasons why the American Psychiatric Association (APA) no longer classifies homosexuality as an illness. When the APA made this long-overdue change, many psychiatric associations worldwide followed their lead. 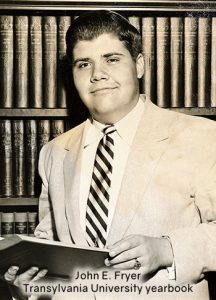 It was not that long ago that homosexuality was considered an illness and listed as such in the Diagnostic and Statistical Manual of Mental Disorders, or DSM. Numerous repressive laws – many of which were part of criminal codes – were justified by this DSM listing.

John Fryer was born in 1937 in Winchester, Kentucky. In many ways, he was a child prodigy. At the age of five, John was already in second grade in his elementary school. He graduated from high school at 15 and was awarded a bachelor’s degree from Transylvania University in Lexington, Kentucky when he was 19 years old. He earned his medical degree from Vanderbilt University in Nashville when he was 25 and did part of his medical internship at Ohio State University.

John began his psychiatric residency at the Menninger Foundation in Topeka, Kansas. However, he started to feel waves of depression because he had to hide his homosexuality. Given the laws and social mores of the time, one can understand why John did not come out, which resulted in a great deal of suffering for him.

In addition to his mental suffering, John was discriminated against because he was gay, even though he was secretive. For example, he was forced to leave a residency position at the University of Pennsylvania because he was gay. The department chair told John that he had a choice: He could leave, or he could be fired. 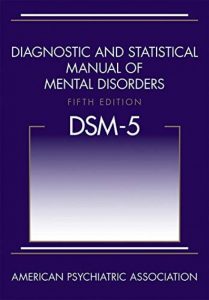 Dr. Fryer was the first gay American psychiatrist to speak publicly about his sexuality at a time when homosexuality was labeled a mental illness within the larger “sexual deviation” diagnostic category, according to the second edition of the APA’s DSM.

It was 1972, and the APA was meeting in Dallas. At the time, homosexual activities between two consenting adults were considered a felony in the state of Texas.

A number of psychiatrists – and others – believed that one way to change the APA’s position on homosexuality would be to have one of the APA members come forward during the Dallas conference and lay out the facts. Several people approached Dr. Fryer and asked if he would speak during one of the APA’s panel sessions.

At first, Dr. Fryer did not want to touch this assignment with a 10-foot pole. We really can sympathize with him. Would you want to go public at a widely covered convention and practice “self-incrimination”? First, would you like to be hauled off to jail by a Texas Ranger? And second, even if you were not prosecuted under Texas law, you would see your career go up in smoke. Either way, you could wind up as Texas toast! 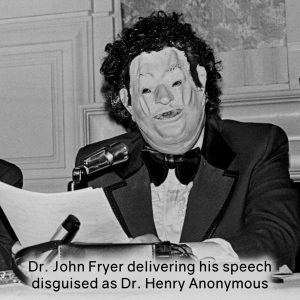 At that point, an ingenious idea was conceived. John would not go on the panel as Dr. Fryer. Instead, he would speak as Dr. Henry Anonymous. A distorted Richard Nixon mask would disguise his face. A wig would be put on top of this mask. Also, he would be wearing an oversized tuxedo that would look like something you would expect Bozo the clown to wear at a formal soirée.

The APA panel session seat at the table for Dr. Anonymous was at first empty. The distinguished crowd quieted down, as from behind the curtains, Dr. Anonymous was led to his seat. To say that the psychiatric wizards were amazed would be an understatement.

When it was his turn to talk, Dr. Anonymous cogently made the following points:

The APA’s DSM classification of homosexuality as a mental illness was neither based on a proper application of the scientific method nor reliable data.

The APA‘s DSM classification of homosexuality as a mental illness was being used to justify a wide range of repressive and unfair laws.

The APA had many gay members who were not coming out for obvious reasons. This situation was truly detrimental to these psychiatrists. Dr. Anonymous talked about his situation.

Lastly, Dr. Anonymous explained how all of the above points generated incalculable harm for individuals and society.

After the session, Dr. Anonymous was whisked away. Fortunately for Dr. Fryer, it was only many years later that the world discovered that he was Dr. Anonymous. 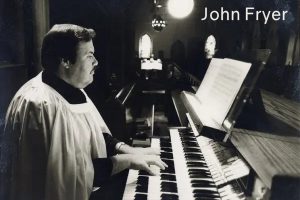 It would be too easy to say that Dr. Anonymous’ talk by itself changed things. But many people believe that John played a major role in creating a sea change at the APA. Experts again looked at the evidence, and the classification of homosexuality as a mental illness was removed from the DSM. This change had a significant influence on America and many other countries.

Dr. Fryer did many other wonderful things following the Dr. Anonymous talk. For example, during the height of the AIDS crisis, he treated many AIDS patients in his home so that they could maintain confidentiality and anonymity.

Also, he loved music and was a gifted organist. For many years he served as choirmaster and chief organist at his church. Dr. Fryer made his transition in 2003.

I think there is a great deal that we can learn from Dr. Fryer’s example:

First, there may be creative – and even humorous – ways that we can advance a cause dear to our hearts. The age of miracles is not passed. There may be times when we can have our cake and eat it too.

Second, we may not face such enormous opportunities as Dr. Fryer to advance consciousness positively. But we can, in our own small ways, help move our planet in the direction of Spirit’s wonderful dynamic flow.

Third, when we are serious about “what is mine to do” and “how can I be a part of neighbor helping neighbor,” the universe responds.

So thank you, Dr. Fryer, for blessing all of us.