Thanksgiving and an Attitude of Gratitude

Here I was, the widowed father of two girls. Rachel was 13 at the time, and Therese was two years old. I had also just started as the senior minister at Unity Center of Tulsa.

There were times when I felt very low. I feared I wouldn’t be a good parent for my girls. I also felt a nagging anxiety over whether these doubts would cripple my ability to lead the Tulsa congregation successfully. 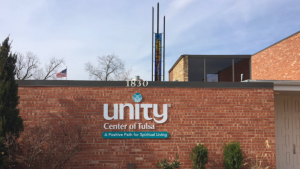 These fears also lined up with something that happened to me when I was 17. My father died, and I felt that if God would not save my father, then I didn’t want to have anything to do with religion and spirituality.

Between the ages of 17 to 24, my academic and professional life flourished. However, in so many other ways, my life was, as they say, going to hell in a handbasket. I was miserable.

But when I turned 24, I was fortunate to meet several people who showed me a spiritual solution to my problems. I found that this path was – for me – the answer to my addictions. I had several profound spiritual experiences and was amazed to discover that I had a deep faith. A few years later, I was blessed to find the Unity movement.

So it was 2017, and I said to God, “I do not understand why Debbie died. But I certainly don’t want to relive – and make the same mistakes I made as a 17 to 24-year-old. My two girls are counting on me, and so is Unity Center of Tulsa. So, God, I am not walking away from you this time, and I know that you will show me the way to get out of this colossal funk. Thank you for the solution to all of this, and I know the answer is on its way.“ 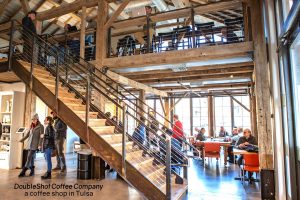 A day or two later, what came to me was: “Go out and buy a notebook, and when you feel overwhelmed by all of this, write a prayer letter.” So I did just that.

Tulsa is blessed to have several really nice coffee shops. I would go to one of them, order a cup of decaf coffee, and take a table. Then I would write a prayer letter to Spirit, and I would really pour my heart out. I would share the grief that I was feeling, and I would write about the times when I felt overwhelmed by doubt and fear.

But then I would write that despite it all, I believed that Spirit would see me through. I believed that “intuitively I would know how to handle situations which used to baffle me.” I would also remember my favorite lines from Amazing Grace:

‘Tis grace has brought me safe thus far
And grace will lead me home. 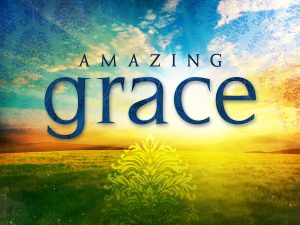 For example, recently, I learned that one of the directors who reported to me at the United Way in Washington D.C. had a stroke. We share some of the same cardiovascular issues. When I left United Way, I recommended her for my position – and she got it. She is roughly 15 years younger than me and has a daughter who is about one year older than my daughter Therese. She is now in a wheelchair. How often have I been grateful that I have full mobility and can take care of things without assistance?

Let me give you another example. I recently heard from a friend back in Tulsa that her four-year-old grandson has been diagnosed with muscular dystrophy. They are doing more tests, and it could be a very virulent form of muscular dystrophy. I have six children, it’s very easy to take it for granted that they are all in good health. 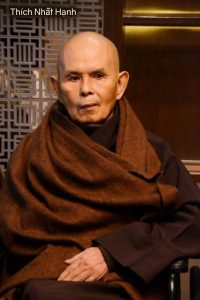 There is something so healing in this attitude of gratitude. I think so many of us take so many things for granted. I’ve been admiring the Blue Ridge Mountains and all their beautiful Fall colors. It is great to be full of gratitude for living in this beautiful part of the world. But recently, I looked at the Blue Ridge Mountains and was grateful that no army was coming over them and shelling civilian targets.

I am grateful that my big supply-side shortage challenge this week was that I could only get 2% cottage cheese instead of 4% cottage cheese. I hate to sound like the Chamber of Commerce, but Americans often take many of our blessings for granted.

And here is the kicker: Absolutely nothing had changed in the outside world. But my consciousness had changed, and that made all the difference.

I said to myself, “They must be putting something in the coffee that changes my mood and outlook.” But following my cardiologist’s advice, I was drinking decaf, so that couldn’t be it. I was just blown away that prayer letters with a gratitude list could have such a positive impact on me. 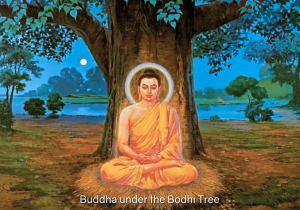 Now, it is not that I wrote one prayer letter and gratitude list, and everything was permanently changed for good. The Vietnamese Buddhist monk, Thích Nhất Hạnh, wondered why Buddha followed his daily spiritual practices after attaining enlightenment under the Bodhi Tree. He felt that if Buddha was enlightened, he might no longer need to do all these daily exercises.

But then Thích Nhất Hạnh remembered the Buddha’s teachings on impermanence. Nothing in this world lasts forever. That will also apply to Buddha’s enlightenment if that is the case. He concluded that even the Buddha needed to do these daily spiritual practices to maintain his enlightenment.

I think Thích Nhất Hạnh is right. As my daughter, Therese, loves to remind me, ”You don’t stay smelling sweet on yesterday’s shower.” Back in 2017, it required me going into many different coffee shops, again and again, while writing prayer letters with a gratitude list. But it kept on working!

I don’t write a prayer letter and gratitude list every day, but I try to do it several times each week. I don’t always make coffee shops my prayer closet these days. But as we approach Thanksgiving, I strongly suggest you consider adding these tools to your spiritual arsenal.

May you have a wonderful Thanksgiving filled with an attitude of gratitude. If there are challenges in your life (and there often are), may you view these challenges as opportunities for real spiritual growth.