The Code Breaker: or Editing DNA

I have been reading a highly thought-provoking book that raises more questions than it answers.

The book’s title is The Code Breaker: Jennifer Doudna, Gene Editing, and the Future of the Human Race. The book’s author is the very talented writer Walter Isaacson, the author of the New York Times bestsellers on Steve Jobs and Leonardo da Vinci. Isaacson is a professor of history at Tulane University, the former CEO of the Aspen Institute, former chair of CNN, and former editor of Time magazine

Jennifer Doudna is a Nobel prize winner who has done pioneering research in CRISPR gene editing and made fundamental contributions to biochemistry. In her University of California, Berkeley lab, she developed a method of gene editing. One can’t overstate the importance of these developments since they now give us the power to rewrite the very code of life – to change DNA as we see fit. It means that Aldous Huxley’s Brave New World is becoming less science fiction and more actual reality. 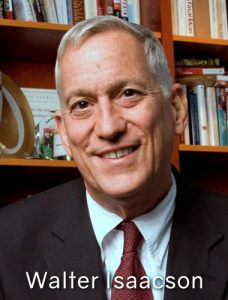 CRISPR stands for Clustered Regularly Interspaced Short Palindromic Repeats. Now before you stop reading this blog/column, let me get to the bottom line. Viruses and bacteria have been at war since the early days when life appeared on this planet. Way back when some bacteria evolved to a point where they had CRISPRs inside of them. This gave the bacteria the power to cut up attacking viruses and add some of the virus’ DNA to the bacteria’s DNA. It told future generations of this bacteria in plain English: Whenever you see some DNA that looks like this, destroy it.

This worked until the virus mutated. But the bacteria countered by using CRISPR on the new virus mutation. It sounds almost like the nuclear arms race during the Cold War. But Doudna and other scientists realized that humans could use CRISPR to edit DNA code. The technique to do this has been perfected, and there are numerous ways scientists could apply this new technology.

Isaacson sees this knowledge as leading to the next great innovation revolution. For the last fifty years or so, we have been in a digital revolution with everything from microchips, computers, the internet to Google, Apple, Microsoft, Facebook, Amazon, Zoom, etc. Now we are entering the life-sciences revolution. Digital coding will be joined in importance and interest with the coding of life. Both forms of coding will alter our economy, politics, culture, and values. 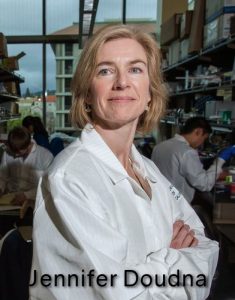 Doudna’s story raises so many important issues ranging from her initial interest in DNA to the position of women in science. Isaacson does an excellent job covering these issues and more, such as: How scientific discoveries come about in our modern and complex society; What are the new symbiotic relationships between universities, corporations, and governments in the scientific race?; Who decides when and how the code of life is changed?

What is so fascinating about Doudna’s story is that she is not just an excellent scientist in the biochemistry lab but has also become a leading advocate for responsible ways to use this new technology. This side of her CRISPR research started in a most interesting way. One night she had a dream that she was in the presence of Adolf Hitler, who had the face of a pig. Hitler started asking her all about CRISPR. “We are very interested in your advances,” Hitler said in the dream. Doudna woke up in terror.

But beyond dreams, Doudna already has had to face the reality that several CRISPR babies have been created and born in China. Interestingly, the CRISPR gene edits in China were botched, so at least one of those babies is carrying some significantly different genes from a typical human. The world’s scientific community has roundly criticized the Chinese researcher who carried out having CRISPR-edited human babies. Chinese authorities have severely punished him. Nevertheless, this researcher has shown us that gene editing in humans is actually possible. For better or for worse, the genie is out of the bottle.

The topics covered in The Code Breaker are too important to be left to scientists, politicians, and talking heads. All of us need to be involved. I believe that our Unity perspective gives us a wonderful vantage point from which to contribute to the debate. Charles Fillmore, the co-founder of the Unity movement, was a lover of both science and spirituality. He felt that they should support each other in the search for truth. He thought there was no reason for them to be at war with each other. 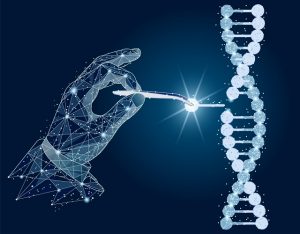 Isaacson does an excellent job describing some of the choices that we face in the near future concerning this gene-editing technology. For example, where do we draw the line on editing the code of life? First, consider Huntington’s disease. It is a horrible inherited illness in which nerve cells in the brain break down over time. The singer-songwriter Woody Guthrie died a cruel death because of this genetic defect. Woody Guthrie’s son, Arlo Guthrie (a wonderful singer-songwriter in his own right), spent many years in agony, not knowing if he had inherited Huntington’s disease from his father (So far, it looks like Arlo hasn’t inherited the disease). Isaacson argues that most researchers and medical ethicists would support doing a gene edit if it could stop death from Huntington’s disease. 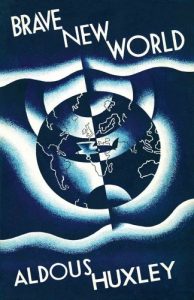 Would we be genetically editing out a wide range of diversity from the human family, and what would be the consequences? Vincent van Gogh was not “normal” in psychological terms. Suppose you could gene edit the van Goghs of the world into the so-called “normal” range. Would you also be losing a good deal of their art and/or other unique contributions to the world?

Genes may be a potent factor in the mix that creates what we are but is it wise to consider our genetic background the only variable? For example, consider two twins who might both have the same genetic makeup that points to alcoholism. One twin becomes a raging alcoholic. The other twin goes to Alcoholics Anonymous, develops a spiritual life, and has just celebrated his 20th anniversary of sobriety. Genetics is not the whole ball of wax in this case.

I admire Jennifer Doudna because she realizes that these complex ethical, philosophical, and spiritual issues related to CRISPR are as important as her laboratory work – and often more important than the lab work. I appreciate her understanding that the future reality probably does not include a total ban on CRISPR or a CRISPR “Wild West” where anything goes. She is seeking a sane “middle ground or middle way.”

As I said above, I believe the debate around this subject is one we should all be involved in. It does touch deeply spiritual areas. The Code Breaker is a good way to get started.