The Matrix and Following the White Rabbit

My eighteen-year-old daughter, Rachel, had never seen any Matrix movies. They took science fiction to a new level and established cyberpunk as a serious genre.

We recently streamed the original Matrix movie at home. It was first released in 1999 – four years before Rachel was born. Then a few days after that, we went to a movie theater to see the latest Matrix film, The Matrix Resurrections. It was very informative seeing the new movie in this series after having the original film refreshed in my mind.

The Matrix was the brainchild of the then Wachowski brothers, who are now sisters. One noted critic has postulated that The Matrix’s shapeshifter world (or worlds) is an excellent metaphor for transgender realities in our society. 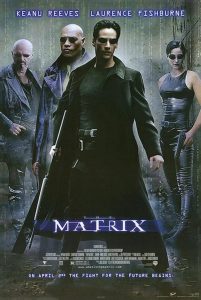 So here are the bare bones of the plot of the first Matrix movie. Keanu Reeves plays a computer programmer, Mr. Anderson, who works for a software company. But by night, he is the hacker Neo, breaking into computer systems and stealing information. He also writes and sells hacking programs.

On his computer comes the fateful words: Follow the white rabbit. Yes, this is straight out of Lewis Carroll’s Alice in Wonderland. But the wonderland this hacker falls into is the matrix of virtual reality.

Neo finds out that humans and intelligent machines fought a war in the early 21st century, and the machines won. Reeves’ character winds up connected with a band of outlaws in their flying ship named the Nebuchadnezzar. Key members of the ship’s crew are Morpheus and Trinity.

What humans think is the real world is a virtual reality called the matrix, designed by intelligent machines to keep flesh and blood under control. And what Reeves’ character, now called Neo, thought was imaginary may turn out to be the real world. Morpheus and Trinity tell Neo that he has a quasi messianic mission to break the spell and free the flesh and blood from its delusions. 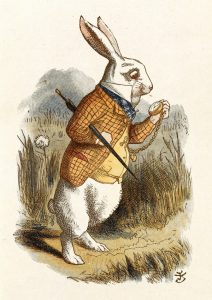 In 1999, The Matrix was pathbreaking in depicting the world of virtual reality on screen. It was one of the first to warn that there was a dark side to the internet. In the late 1990s, the internet was still mostly seen as a cross between the second coming and the greatest invention since sliced bread.

Along with 2001: A Space Odyssey, The Matrix was also one of the first movies to warn of the potentially dark side of machines and software becoming more intelligent than their human creators. Of course, some could argue that Frankenstein by Mary Shelley was the great grandfather of this genre.

Neo still follows the white rabbit down the virtual rabbit hole in the new movie. The Matrix software program is still running what you and I – and I assume that most of the readers of this blog are flesh and blood and not intelligent machines – think is the real world. Neo is told that he still has a quasi messianic mission.

There have been some changes since the 1999 movie. Neo is now working for a video game company. In his dream-like state – which we call reality – he is a video game designer working on a trilogy of games called The Matrix, based on his faint memories of his previous experiences.

My hat is off to The Matrix for raising some critical issues. But I differ with some of The Matrix’s implicit conclusions. I also don’t think it is asking some of the essential questions that it should ask. 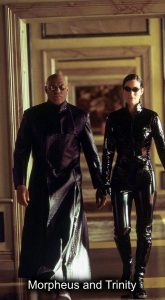 There is a very dark side to the internet, social media, and virtual reality, which I think is now beyond dispute. The positive side is far more extensive than the dark side, and there is no way to put the genie back in the bottle. But as artificial intelligence and the metaverse grow, we can learn from past mistakes. The internet’s past does not have to be the prologue to the metaverse’s future.

Let me give you an example of what I mean. In the early days of the internet, the online world was presented as the realization of what economists call perfect competition. The reality that has developed is closer to the models of monopoly and oligopoly (i.e., a world where a few large firms have overwhelming dominance and control). Based on this experience, it might not make sense to have the metaverse develop like something out of the old Wild West.

The Matrix raises questions as old as ancient Hindu concepts of what is real and what is Maya (illusion). Maya also originally denoted the force that can make human beings believe in what turns out to be an illusion. Islamic masters often used the image of the desert, creating mirages and other illusions. These old questions are just as relevant today.

The Matrix also raises the question of technological singularity (i.e., the point where artificial intelligence/virtual reality/intelligent machines/software are more innovative and more creative than flesh and blood intelligence (i.e., you and me). Our gut reaction may be to say, “That will never happen.”

The point of singularity may be further away time-wise than some widely-read thinkers have projected. But are you that certain the singularity will never happen? The evolution of consciousness down the road might take some very different turns from our common assumptions of today (i.e., consciousness will always be carried on by carbon-based creatures like ourselves.)

Let me give you another example: it is in the future, and we have the ability to explore other solar systems and galaxies. Would you send big, bulky, carbon-based bags of water (i.e., humans) to do the job – even if you could cryogenically freeze-dry the bags? Or would you send code/software to do the job (which could reconstitute itself depending on the resources found out there)? You might even be able to beam the code/software at speeds that no rocket ship could attain. Consciousness would be the code/software. Why assume that consciousness must always require big, bulky bags of water? 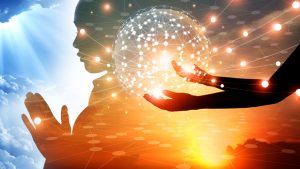 In The Matrix, it is assumed the technological singularity has taken place already – and we are well beyond that point. Here is the key question that I think The Matrix is not dealing with: Will this code/software/artificial intelligence/virtual reality find a need – and I mean a real need – to develop a form of spirituality? I believe that there is literally no spot where God is not – and that includes all forms of the metaverse. After all, God does not have to be in the form of a big, bulky bag of water.

My hope is that future Matrix movies will deal with this last question.

And yes, I believe these big, bulky carbon-based bags of water are incredibly beautiful, a miracle, and filled with a Divine Spark!