The Power of Faith: Fake it Until You Make It!

Back in October, I wrote a blog about my experiences after the death of my wife Debbie roughly five years ago.

I received a good number of responses from readers saying the column moved them, and they wished that they had my faith. Right from the top, let me admit that my faith is imperfect and not always stellar.

In that October blog, I shared that there were times when I almost felt overwhelmed with grief, and I had concerns that I would fail as a single parent to my daughters. On top of that, I was a new minister at my first church, and I had some fears that I would not meet the congregation’s rational expectations.

Add to all of this that I had some health and financial concerns. And I felt I would never be in another relationship like the one I had with Debbie. 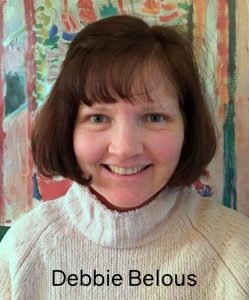 I wrote that when I felt down, I would go to my favorite coffee shop, order a mug of decaffeinated java, and write a prayer letter to God. The miracle was that after writing these prayer letters and gratitude lists, I would feel good – I mean really good!

Nothing externally had changed. But I had changed internally – and that made all the difference! There is more than a grain of truth to that New Thought adage: Change your thinking, and you change your life! I kept going to that coffee shop, ordering a cup of decaffeinated java, and writing prayer letters and gratitude lists if I started feeling down. This medicine worked time and time again!

Now let me add a little bit more about my so-called level of faith. Right now, in Youth and Family Ministry (YFM), the children are studying the 12 Powers as first described by Charles Fillmore, the co-founder of the Unity movement. I hope to teach a course on the 12 Powers early in 2022 for adults. I will have more to say about this new class soon. 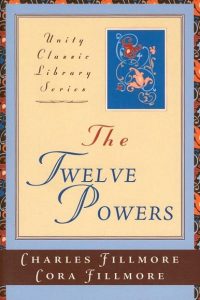 The 12 Powers – there is something so thrilling about the number 12 (12 tribes of Israel, the 12 apostles, the 12 months of the year, the 12 Steps, etc.) – are powers that are within us all. They are powers that we can call on when we face challenges and opportunities in life. They are powers that can see us through. As it is put so well in the 23rd Psalm: “Though I walk through the valley of the shadow of death, I will fear no evil.”

So back to the time right after my wife died. I remembered what happened to me when I was 17. At that tender age, my father died. After his death, I did not want anything to do with God, religion, or spirituality.

For roughly the next ten years, my life went downhill. Yes, I did well academically and professionally, but psychologically it was not going well. I developed several addictions, and I was often very depressed. 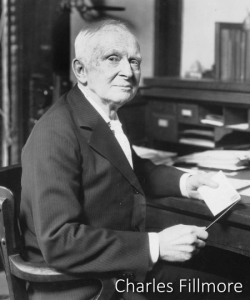 But then – despite my best efforts not to go in this direction – I experienced several powerful spiritual events in my life. My experiences were very similar to what C.S. Lewis, that great Christian author, wrote about as he moved from atheism to profound spirituality. I was amazed that the addictions and depression were lifted from me. I was also blessed to find the Unity movement soon after this.

So after Debbie died I said to God, “I feel my faith slipping. But I do not want to go through the hell I experienced after my father died. I will do anything not to go down the tubes again. I don’t want or need another ride on that merry-go-round.”

I had called several male friends whose wives had died and asked them to explain what their lives were like following the death of their spouses. They told me stories of overeating and putting on a ton of weight, of drinking way too much, of taking drugs, and of compulsively getting into a series of relationships with women. I didn’t think any of that would be a wise solution. I just wanted my faith back. 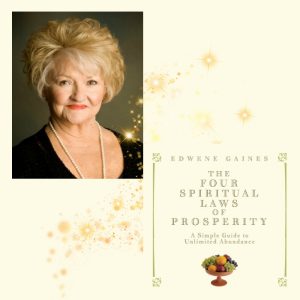 As it turned out, all that Spirit required me to do to get my faith back was go into a coffee shop and write prayer letters that included gratitude lists! But it was a choice. To have my faith renewed, I had to make a decision – even when I did not feel a strong sense of faith.

Rev. Edwene Gaines is a Unity minister with a compelling message. I have devoted several Sunday lessons to her excellent book, The Four Spiritual Laws of Prosperity. She was a dirt-poor single parent who founded and leads a solid and prosperous ministry.

I have seen people come up to Rev. Gaines and say, “Gee, Edwene, I wish I had your faith.”

Edwene responds to such comments by saying, “Well, don’t sit around on your hands wishing for faith. Make a decision. Act ‘as if’; faith is a choice. Fake it until you make it.”

Often, the difficult experiences from our past can help us make good choices now. If it weren’t for the harrowing experiences after my father died, I’m not so sure I would have made the good choices I made when Debbie made her transition.

Also, I must admit that just because something happened to me does not make that something a universal truth. But I have met others with similar experiences like mine, and from those difficult experiences, a beautiful faith has grown and developed.