The Run-Up and a Rudder We Can Steer By

In one week, it will be Election Day. Please make sure that you go out and vote!

I hope that you will never view this blog as being involved in partisan politics. I have tried to keep such politics out of what I say. You don’t come to a Sunday service to hear another editorial endorsing Democratic or Republican candidates. You need that like a hole-in-head.

However, I think there are times when certain fundamental values come to the forefront, and the minister is obligated to say: “What would Jesus do, and what would Jesus say?”

In recent years, very conservative Christians have co-opted the phrase “What would Jesus do?”. Their use of this phrase and value statements is so different from how it started. In the 1890s, a Topeka, Kansas minister, Rev. Charles Sheldon, published a novel entitled In His Steps: What Would Jesus Do? 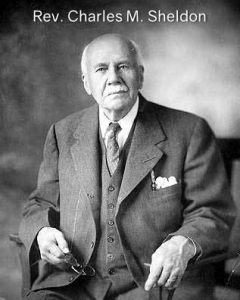 Rev. Sheldon was very progressive for his day, and so was his Congregational Church. In the novel, a man down on his luck comes to a church in middle America. This man is decent but has been beaten down by hard times. Nobody does anything to help him, and he dies.

When I was the minister at Unity Center of Tulsa, my daughter Rachel and I visited Rev. Sheldon’s church in Topeka. It is still a “hotbed” of compassion, care, and “neighbor helping neighbor.“ I believe that Rev. Sheldon would be cringing if he had lived to see what is being done today with the phrase he created. 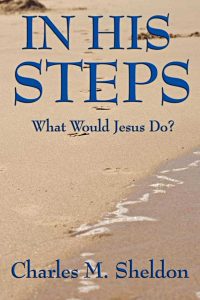 It is clear that Jesus was concerned about those who were marginalized in society. He told us: “What you did to the least of these, my brothers and sisters, you did to me” (Matthew 25:40). Our way-shower has also told us that “To whom much has been given, much is required” (Luke 12:48). Jesus certainly was not a defender of the status quo.

The above does not mean that deeply committed and spiritual people will always agree on the specific means and details to help our neighbors. Nor does this mean that we will always share the same priorities. But there has been in America – in my lifetime – something that philosopher and writer Jon Meacham has called “America’s civil religion.”

Meacham, in his books – such as The Soul of America – has seen some of the following values as part of this American civil religion: democracy, freedom of speech, religious freedom, equality of opportunity, etc. Of course, these values have often been upheld imperfectly. 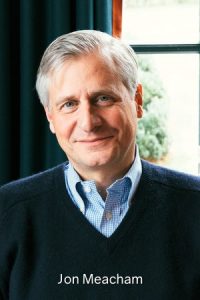 That is why it is important to build “a more perfect” union (as our Constitution states). However, recent public opinion poll data and other evidence show that this American civil religion is becoming very frayed. Consider one of these American virtues: a belief in democracy. A growing number of people are willing to throw democracy overboard If democracy results in their not getting their way.

I strongly recommend a series of podcasts produced by The New York Times called The Run-Up. The podcast looks at the upcoming midterm elections. The editors of the podcast state that “we can’t understand this moment in politics without first understanding the transformation of American evangelicalism.”

Please listen to The Run-Up podcast released on Saturday, October 2, 2022, on The New York Times, The Daily. You can listen to it by clicking this sentence.

The Run-Up podcast does an excellent job of presenting the evidence behind the rise of so-called Christian Nationalism. This growing body of opinion believes that our Founding Fathers – and for Christian nationalists, it is fathers – created a Christian nation that was to be exclusively directed by Christian institutions and leaders. 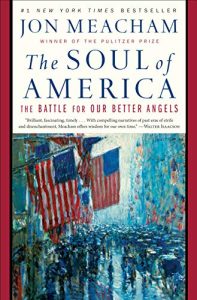 I wish I could tell you that only a very, very small group holds the above ideas. But the evidence shows that the number of people willing to buy into this, either in part or in whole, is depressingly sizable.

The British political philosopher, Edmund Burke, pointed out that all that was necessary for evil to triumph was for good people to do nothing. I used to believe that “it couldn’t happen here.” I thought our institutions, Constitution, and values were so strong that they would block “it” from happening on our shores. 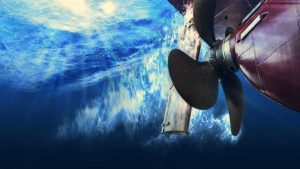 I no longer believe that “it” couldn’t happen here. But I do believe and have faith and hope that many decent people will not take our freedoms and blessings for granted. In many cases, it may only take small acts of courage and civic responsibility to make a difference.

We are almost finished with our series on Unity and World Religions. Yes, these are perilous times in many ways – and much could be lost. But I hope you have discovered through this series that there is an incredible rudder by which we can steer the boat we are in and that spiritual values play a vital role in this process.

Also, this rudder is not narrow-minded, vengeful, self-centered, or egoistic. It is loving, inclusive, and open to all, and it can lead us to “a world that works for all.”