The Saturday Experience Before Easter

Several years ago, an older friend who was a senior executive with a leading firm on Wall Street said to me, “You know Rick, it was just so delightful to meet and talk with somebody from your generation who actually knows something, is an excellent speaker, and is really doing something.” 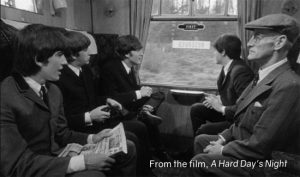 In a non-spiritual mood, one might think, “With friends like this, who needs enemies?” But I was centered in that moment, so I just asked him which “baby boomer” he had the pleasure of meeting?

He chimed in, “It was Ken Burns. You know the guy who made that wonderful PBS series on the Civil War.”

I nodded, “At least one person of my generation made it good.”

At the time, I thought back to a great scene from the Beatle’s first movie, A Hard Day’s Night. The Fab Four share a compartment in a British railway car with some very conservatively dressed English bankers.

The Beatles rub the upper crust financial titans the wrong way, and one of the bankers says, “I fought the war for your sort.” 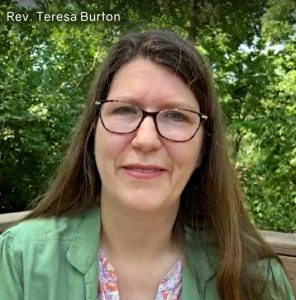 It can be a great feeling when somebody from your generation, childhood, community, and social or ethnic roots “makes it big.” Well, that is the way I feel about Rev. Teresa Burton.

Teresa and I were ministerial students together at Unity Institute and Seminary. You knew that there was something exceptional about Teresa. When Teresa talked in class, you would sit up and listen. When you had a chance to hear Teresa give a message/sermon in the Fillmore Chapel at Unity Village, you did not miss the opportunity to listen to her.

You made time to sit and talk with her at the Unity Inn. I will always treasure the time we headed to downtown Kansas City for an enjoyable Indian lunch. You knew that Teresa was going places and would have a significant positive impact on the Unity movement. 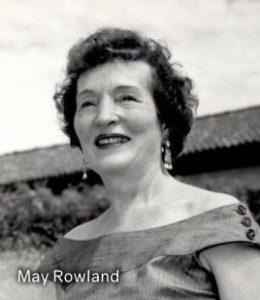 But despite knowing all of this, I can’t tell you how amazed and proud I was when I learned that Teresa was named Editor of The Daily Word. Wow! What an opportunity to advance the kingdom of God. I just knew she would do a great job, and she has.

The Editor of The Daily Word has always played a crucial role in promoting positive change in the Unity movement. For example, for many, many years, the Editor of The Daily Word was a powerful and positive woman named May Rowland. Her books and articles are still read and referenced to this day. The conference room in the Unity Village education building is named after May Rowland.

So with all of the above in mind, I could not wait to read an article written by Teresa in a new Unity booklet called Release and Renew 2022: A Spiritual Practice for Lent. You can get a free copy of this booklet by going to unity.org.

Teresa says that for many years she really concentrated on the painful crucifixion of Jesus on Good Friday and on the triumphal resurrection on Easter. 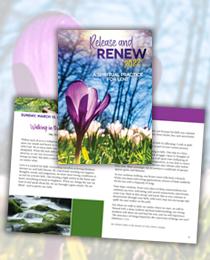 “Of course, crucifixion experiences are often obvious. It’s the sudden shocking news that shakes us to the core. The death of a loved one, a dire diagnosis, the collapse of a financial safety net, or the loss of a home can constitute a death to life as we know it,“ she writes. Even Jesus cried, “My God, my God, why have you forsaken me?”

Also, it is easy to celebrate the glory days of victory. There are ticker-tape parades for winning the Super Bowl, receiving the gold medal, being awarded the Nobel prize or an Oscar, accomplishing the task that you never thought you would successfully complete, and taking that victory lap.

Recently, Teresa has been thinking about the length of time Jesus was in the tomb between crucifixion and resurrection. She notes that it was relatively short – essentially the Saturday between Good Friday and Easter Sunday. 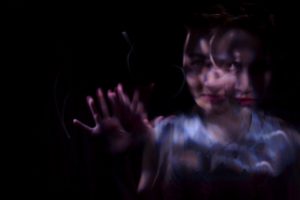 Teresa notes that this Saturday experience for many of us “can feel as if it will last forever. As the memory of life before the crucifixion feels further and further away and the resurrection seems still out of reach, the tomb becomes the life we know,“ she adds.

I think Teresa is on to something. In terms of pastoral counseling and speaking to many people, I believe there are many folks in this Saturday experience. It is after the body blow, but before that phoenix is rising from the ashes.

“This is where a steady, compassionate presence can make all the difference. Not to hasten the dawn but to keep the faith that a new day is coming … We can consider it (this Saturday Experience) a call for compassion, an invitation to enter the mystery of the tomb – that space between endings and beginnings – and know the truth for those who may have lost sight of it,” she says. 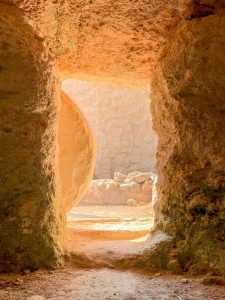 I was touched by Teresa’s notion of the Saturday Experience. If you are going through a similar experience and feel like you are in the tomb, then I would ask you to remember something that the Buddha emphasized time and time again: Nothing in this earthly realm (what Unity calls the Relative Realm) lasts forever. Hold on for your Easter. It will come!

How do I know this? Because I have been there, seen it, and gotten the t-shirt! And as Jesus told doubting Thomas, “Blessed are those who believe this and have not gotten the t-shirt” (The Long Island translation of the Bible).

You are one with the One even in the tomb. As Unity cofounder Myrtle Fillmore so often said, “Look beyond appearances. These spiritual truths apply to you and cover you.” – Yes, you!

I love how Teresa points out that “the joy of resurrection is felt anew in each person who has borne witness to the darkness.”

Hold on because Easter is coming!