Voting and I Behold the Christ in You 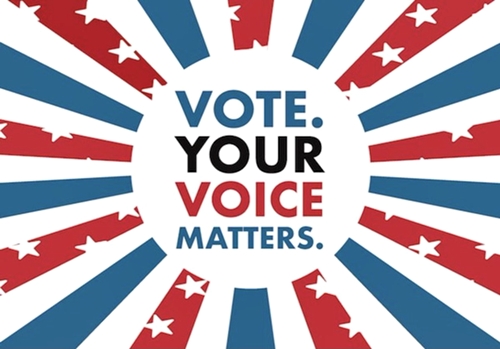 I promise that this blog will not be a venture into partisan politics. Its real message is spiritual in nature.

Back on election day in November, my daughter Therese returned from kindergarten telling me that her teacher taught the class about elections and voting. The class voted on their favorite type of pet. Therese voted for cats, which got only one vote. Therese told me that monkeys got nine votes, and dogs got eleven votes. Then she told me that monkeys won the election. I thought: “The teacher must have been teaching them about the Electoral College.”

I hope all members of Unity of Roanoke Valley will vote at our annual congregational meeting this year. We will elect two URV Board members. Since URV does not have an Electoral College system, it will be pure majority rule. The meeting is scheduled for Sunday, January 31, at 1:30pm. If you haven’t received the Zoom meeting information, contact the church office 540-562-2200. Your vote matters and your input on all topics discussed is important!

On the political front, I was raised in a liberal Democratic household, and I have remained a liberal Democrat as an adult. I remember back in 1960 when Hubert Humphrey lost key presidential primaries to John Kennedy, and my parents considered draping our house in black crape. In fact, my parents almost burnt incense for Eleanor Roosevelt.

Going to graduate school in economics gave me a strong sense that Adam Smith and Joseph Schumpeter had many important things to say about the positive benefits of markets, entrepreneurialism, and enlightened forms of capitalism. Studying John Maynard Keynes, Paul Samuelson, and Paul Krugman also showed me that sometimes markets can skid off the road, or become highly concentrated monopolies and oligopolies, and we can still suffer from the excesses of a new Gilded Age.

Despite all that has happened recently, I am proud that our democracy, our Constitution, and our values have held. To be quite honest with you, these thoughts started coming to me: “Think about those who tried to undermine our democracy, Constitution, and values. If it weren’t for a few key people who stood firm, resisted bullying and intimidation, and rose to protect and defend our liberty, it could have all gone down the tubes. Often these people stood firm despite death threats. To borrow a phrase from President Kennedy, we owe our continued freedom to these profiles in courage.”

Then a second thought came to me (and it seemed like a thought from my Higher Power or higher self): Write down a list of the people who you think were profiles in courage and show them some gratitude. So I did exactly that.

On my list were people like the Governors and election officials in Georgia, Arizona, and Pennsylvania. Also on this list were all of the judges who dismissed cases when no evidence of election fraud was produced in courts of law. Included on the list were Michigan state legislative leaders who refused to send a second list of electors in, and instead said they would follow the will of the voters in their state. I also listed the former Attorney General and many Justice Department officials who said that there was no evidence of voter fraud that would overturn the election. Lastly, I put down on the list a Vice President who stood up for what his real constitutional duty was in terms of counting Electoral College votes. There were some others on that list as well.

Then I looked at my list and I was struck! I saw how many people on my profiles in courage list are Republicans. Many of the judges – including Supreme Court Justices – who were nominated by former President Trump remained true to their oaths to defend and protect the Constitution. Can you imagine what might have happened if, say, the Supreme Court (or even one of the lower courts) had gone along with this – shall we say – bovine scatology (to borrow a phrase from General Schwarzkopf)?

May none of us ever face the situation that Gandhi faced. Nevertheless, all of us in our own humble ways can recognize the Christ in others. We may think the Christ is asleep in others, but the Christ is there nonetheless. In Unity we say that we recognize all paths that lead to spiritual enlightenment. Ours is not the only path, nor do we claim a monopoly on truth.

In recent weeks I have really remembered this verse from the Good Book: “And we know that all things work together for good to them that love God.” (Romans 8:28)